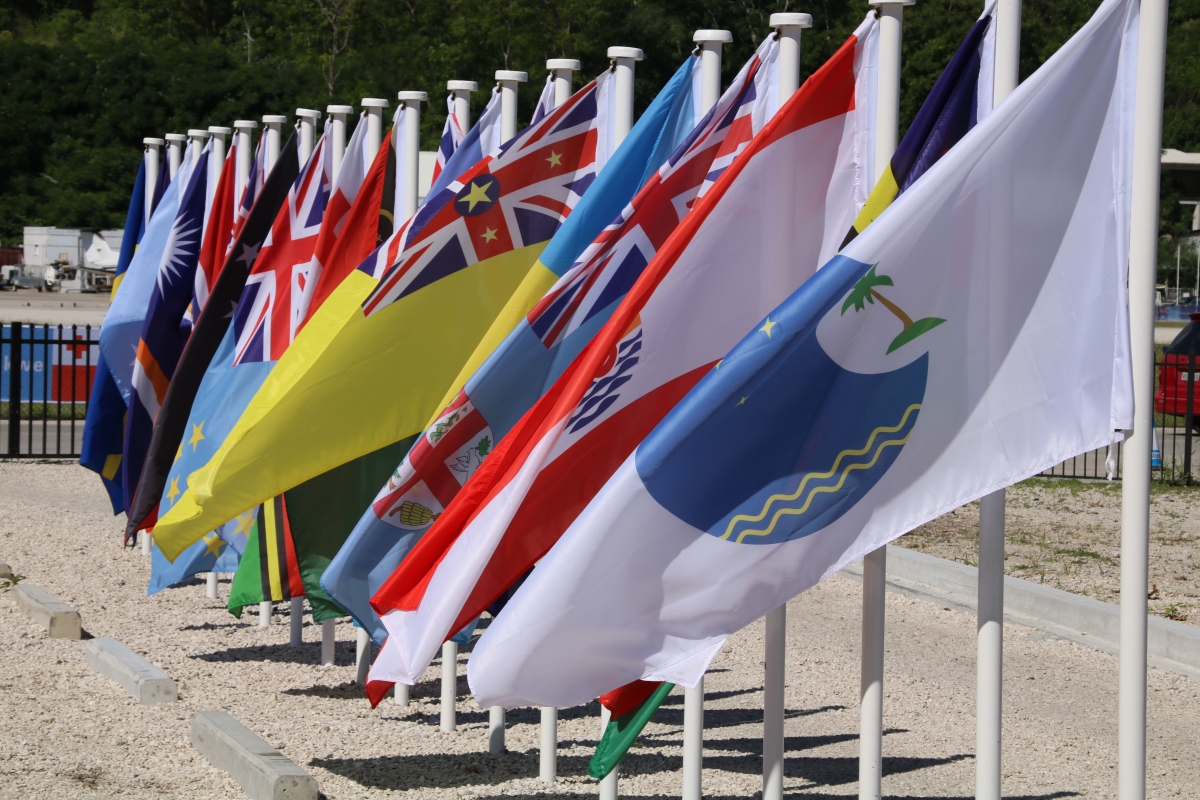 The COVID-19 pandemic has illustrated – in an awful but emphatic fashion – just how outdated many of our “national security” paradigms have become. No aircraft carrier, fighter jet, missile defense, or cyber weapon could have protected us from a virus that has now claimed over a million lives. In learning the lessons of COVID, what practical steps can we take to reframe our collective vision of foreign policy away from geostrategic competition and towards international collaboration? The question is particularly salient in the Pacific, a peaceful region threatened by an unprecedented existential security threat: climate change.

This is a threat the Pacific can fight from the front, but not alone. Multilateral collaboration, cooperation, and a renewed commitment to international law are needed to protect our future. Failing this, old patterns of security thinking may yet produce a zero-sum competition for influence and resources: an absurd fist fight on the sinking Titanic.

The specter of such strategic competition in the Pacific is nothing new – certainly not for my country, the Republic of the Marshall Islands. The twentieth century’s first great partitioning into spheres of influence, undertaken by the League of Nations, granted Japan the power to rule our islands as part of its South Seas Mandate, formalizing a transfer from German control achieved by force during World War One. The United Nations in its turn granted the United States a similar power, a strategic trust with the creation of the Trust Territory of the Pacific Islands in 1947, formalizing a similarly tumultuous transfer during the Second World War.

In the years that followed, the “strategic imperative” of the nuclear arms race saw the U.S. conduct 67 nuclear tests in the Marshall Islands. The consequences of this “great power” competition continue to shape the life of the Marshallese and other Pacific islanders to this day.

Small wonder that as Pacific nations have gained independence and access to the institutions of multilateralism, we have been enthusiastic and proactive contributors to the development of international law. Our own strategic calculus demands nothing less. A warming world only compels us to do more.

By 2100, global warming is projected to reach 2.9°C above pre-industrial levels if current policies are implemented. Even if we are able to reach the targets set today, the range remains between 2.4 and 2.7°C.  These temperature rises are a deadly threat. Food security will be threatened by the warming of the ocean, as coral reefs, marine and coastal ecosystems face irreversible loss. Saltwater intrusion will compromise our water security. The rise in climate-related illnesses like Dengue fever amongst others can already be felt and is expected to increase. The destruction of ice sheets in Antarctica and Greenland may be triggered even at 1.5°C of warming and would lead to multi-meter sea-level rise.

We are not alone in seeing the looming threat. A 2009 report from the UN Secretary-General identified climate change as a threat multiplier, noting its implications for food security, human health, development, migration, resource competition, and international conflict. Earlier this year, the Chair of the Alliance of Small Island States (AOSIS) informed the UN Security Council that climate change could leave some of its island members entirely uninhabitable by the end of the century, and that “environmental accountability and the safeguarding of our natural heritage is crucial to human security and the planet’s survival.”

The Pacific lacks the coercive power that some states have; a big stick is not for us. Our strength depends on our ability to marshal diplomatic forces around the issues that matter to us and hold countries to account for the international commitments they have made.

Our region has provided a crucial contribution, for example, to the law of the sea. 2020 saw the passing of legendary Fijian diplomat Satya Nandan, whose illustrious career included chairing the drafting of the UN Convention on the Law of the Sea. The Pacific is once again called to lead the world in this area, ensuring that common-sense prevails and rising seas do not destabilize maritime boundaries.

Even more essential for our long-term security is addressing the root cause of rising sea levels.

Every Pacific island has contributed to pushing the world to go further and faster in responding to climate change. One such contribution occurred in 2013 at the 44th Pacific Islands Forum Leaders Meeting in the Marshall Islands. Adopted at that meeting, the Majuro Declaration for Climate Leadership states: “Climate change has arrived. It is the greatest threat to the livelihoods, security, and well-being of the peoples of the Pacific and one of the greatest challenges for the entire world.” It went on to note that the responsibility to act in response “falls to every government, every company, every organization, and every person with the capacity to do so.”

With the strong backing of the Pacific, the Majuro Declaration went on to garner support from a much broader coalition of signatories, including the United States, United Kingdom, European Union, Indonesia, Mexico, Korea, Thailand, Malaysia and Costa Rica. It was a critical catalyst for focusing international attention on climate change and ensuring that these major economies submitted their emission reduction pledges well in advance of the Paris Climate Conference in 2015, fueling the momentum that pushed the final Paris Agreement over the line. Today, the Marshall Islands is continuing to drive global ambition as the convener of the High Ambition Coalition, sustaining pressure for states to live up to their Paris commitments and generating momentum for success at the COP26 Climate Conference due to be held in Glasgow next year. We continue to need all countries to act to secure our future.

It is this type of leadership that is required to address the challenges that the Pacific, and the world, face today. We must continue to push for the delivery of the Paris Agreement in full and to maintain the 1.5°C temperature limit that we came together to agree.  This is true now more than ever, as the world seeks to recover from COVID-19: there is an opportunity to transform our societies towards a more sustainable, healthy and resilient future, by using the trillions of dollars of recovery spending to shape a new economy. If just a small fraction of these packages were a climate-positive investment – just a tenth of the overall planned spending, according to Climate Analytics – would set us on a path to meet the Paris Agreement goals.

We are at a critical tipping point. The Pacific has a long tradition and culture of consensus - our countries know that we work best when operating as a coordinated force. Secure in our common aim and strong in our commitment to address the existential threat posed by climate change, we can be effective advocates for our region’s future. With the Pacific Island Forum Dialogue Partners, for example, which are key partners for our region and include several major emitters crucial to driving change, we can drive forward a Pacific vision of our future security, based on the threats that are most significant to us. Some are making important strides: Dialogue partners Japan and the Republic of Korea, for example, both committed to going carbon neutral by 2050 this past week. By leveraging Pacific cooperation and solidarity into global action, we can start to chart a path towards a safe climate future for all.

We know from history that we in the Pacific need to chart our own course on security. Making our people and our world secure will require us to use tools we have available and we know work – international law and diplomacy – in bold and innovative ways. It is only if we do so that we can be assured of a truly Pacific future.

Gerald Zackios is a former foreign minister of the Marshall Islands and the current ambassador to the United States. He is the Micronesian region’s candidate to be the Secretary-General of the Pacific Islands Forum.