The COVID New (Ab)Normal: Japan and a Post-COVID Vision for the Future | Asia Society Skip to main content

The COVID New (Ab)Normal: Japan and a Post-COVID Vision for the Future 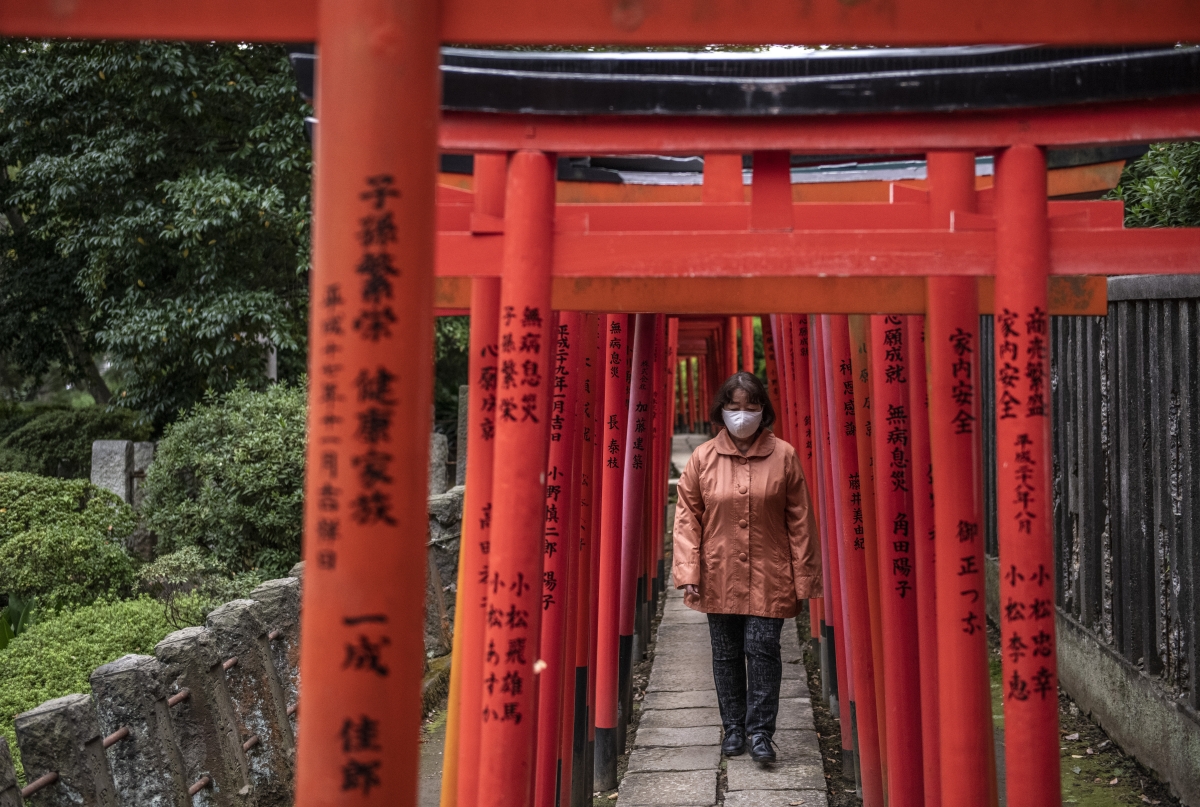 “Once-in-a-century turning point” is a commonly-used expression, but what was the world like 100 years ago? In 1918, the Spanish flu epidemic was on the rampage, killing 100 million people worldwide and 450,000 in Japan. When we look at the economics of that time, we see that prior to the First World War, the world economy was a global one. Then, in 1929 the world fell into the Great Depression, and in 1939 the Second World War broke out, with hostilities between Japan and the United States beginning in 1941. Globalism was thoroughly destroyed by the two great wars; it would not return to previous levels until the 1970s.

If we believe similar events are unfolding in Japan and the world today, then we must adopt a 100-year perspective when debating what to do with the coming “Post-Corona” era. Where do things currently stand and what do we face?

The biggest menaces to democracy today include a steady decline in voter participation, biased information, and disregard for minority opinions. With the Heisei era now behind us, I believe the coronavirus crisis is pushing Japan toward solutions to a number of problems it has been neglecting.

The concentration of people and resources in Tokyo has revealed its vulnerability to infectious disease; Tokyo was already exposed to a variety of dangers, including Mt. Fuji eruptions and Nankai Trough earthquakes. It has become clear that this system of Tokyo-centrism, which has been intentionally constructed since the Meiji era, is no longer fully sustainable.

In addition, coronavirus countermeasures within Japan have differed markedly by region, leading voters to recognize that not just anyone can be a prefectural governor, mayor, or assemblyperson. This is not limited to coronavirus countermeasures. Japan’s localities need to take the initiative and draw on their unique characteristics, to build systems that will not leave everything up to the national government.

Eighty years from now, in 2100, if current trends continue, the population of Japan will have fallen to 55 million. We must stop the flow of people out of high-birthrate localities into Tokyo, where few children are born, decentralize all manner of functions to localities, make the localities more appealing in order to dramatically increase employment and incomes there, and realize diverse values and perspectives in regional cities and rural communities across Japan, thereby transforming ourselves into a Japan where people can experience greater happiness. This new Japan will be a decentralized, domestic-demand-led economy.

With regard to “the postwar era”, we must reconsider just what the Japan-U.S. alliance should be. I have been saying for years that we need to eliminate the asymmetry in the Japan-U.S. relationship, and now, with the halted deployment of the planned “Aegis Ashore” ballistic missile defense system, debates on Japan obtaining an offensive “strike capability” have resurfaced. We must take this as an opportunity to reevaluate the “sword and shield” division of roles between the United States and Japan that has prevailed up to now and consider the new roles for each that will be necessary to serve as a deterrent.  And under a policy where U.S. bases in Japan are in principle managed by the Japan Self-Defense Forces, we must consider ways of reducing the burdens on Okinawa and other communities where U.S. bases are located.

Amidst the calamity of the coronavirus pandemic, Japan is not the only country asking what the response might have been if the United States and China had worked together, and the WHO had fully exercised its functions. It is undeniable that the intentions behind Beijing’s military expansion are opaque, and that China’s disregard for the rules of the international community, including its unlawful attitude toward intellectual property and its technological plagiarism, must be restrained by various means. At the same time, this is not the U.S.-Soviet Cold War, and economic relations with China are essential for nations around the world.

I believe that Japan and the United States must, at all times, work together to build an effective deterrent while also keeping the door open for dialogue with China. These efforts will include many areas where Japan and the U.S. will be able to work in cooperation with the countries of the Asia/Oceania region; one such area will be a response policy to deal with the region’s frequent disasters. Going forward, my hope is that we will establish a strong dialogue with Asia and Oceania, with the aim of building our collective security for the future.