Kevin Rudd and Daniel Rosen in the Wall Street Journal 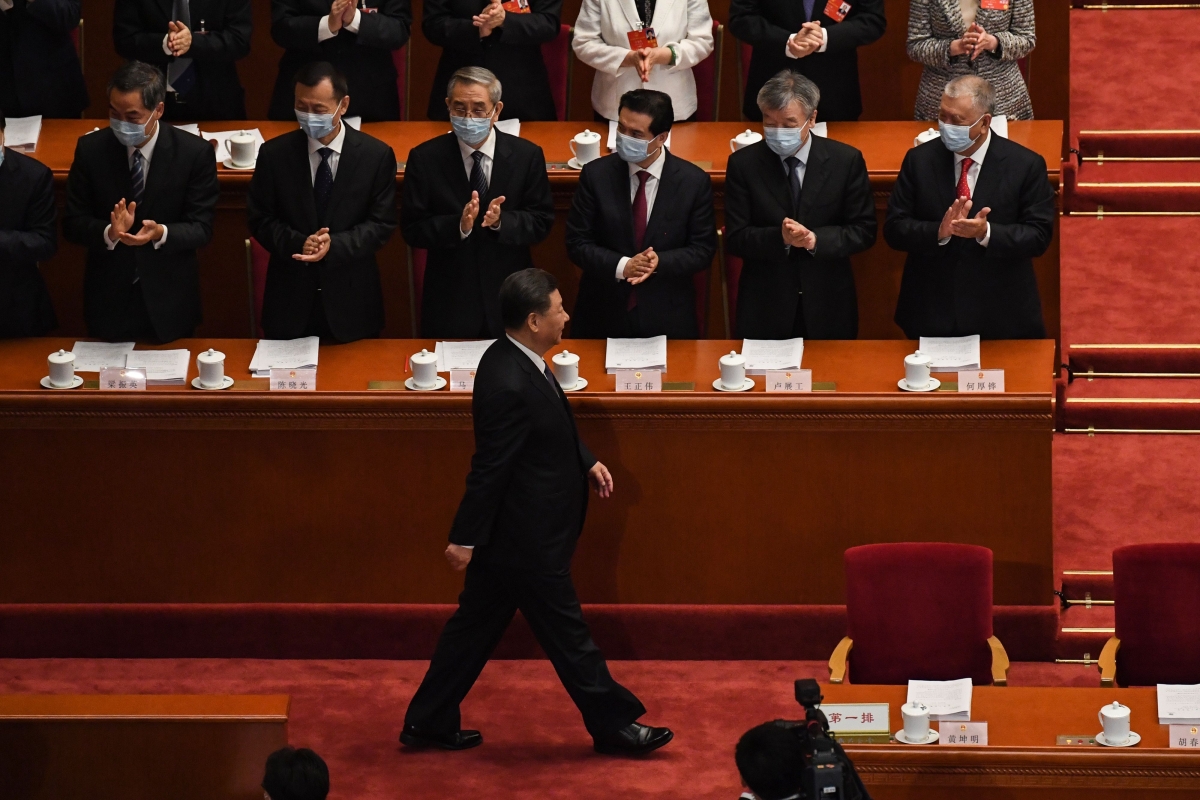 Chinese President Xi Jinping (C) arrives for the opening session of the National People's Congress (NPC) at the Great Hall of the People in Beijing on May 22, 2020. - Chinese Premier Li Keqiang will address his nation on the coronavirus, economy, and other high-stakes issues on May 22 to kick off an annual legislative session in the shadow of the global pandemic. (Leo RAMIREZ / AFP)

This is an excerpt from an op-ed by Kevin Rudd and Daniel Rosen that was originally published in the Wall Street Journal.

China is the only major world economy reporting any economic growth today. It went first into Covid-19 and was first out, grinding out 3.2% growth in the most recent quarter while the U.S. shrank 9.5% and other advanced economies endured double-digit declines. High-tech monitoring, comprehensive testing and aggressive top-down containment measures enabled China to get the virus under control while others struggled. The Middle Kingdom may even deliver a modest year-over-year economic expansion in 2020.

This rebound is real, but behind the short-term numbers the economic restart is dubious. China’s growth spurt isn’t the beginning of a robust recovery but an uneven bounce fueled by infrastructure construction. Second-quarter data showed the same imbalance other nations are wrestling with: Investment contributed 5 percentage points to growth, while consumption fell, subtracting 2.3 points.

Since 2017, the China Dashboard, a joint project of Rhodium Group and the Asia Society Policy Institute, has tracked economic policy in China closely for signs of progress. Despite repeated commitments from Chinese authorities to open up and address the country’s overreliance on debt, the China Dashboard has observed delayed attempts and even backtracking on reforms. The Covid-19 outbreak offered an opportunity for Beijing to shift course and deliver on market reforms. Signals from leaders this spring hinted at fixing defunct market mechanisms. But notably, the long list of reforms promised in May was almost the same as previous lists—such as separating capital management from business management at state firms and opening up to foreign investment while increasing the “quality” of outbound investment—which were adopted by the Third Plenum in 2013. In other words, promised recent reforms didn’t happen, and nothing in the new pronouncements explains why or how this time will be different.