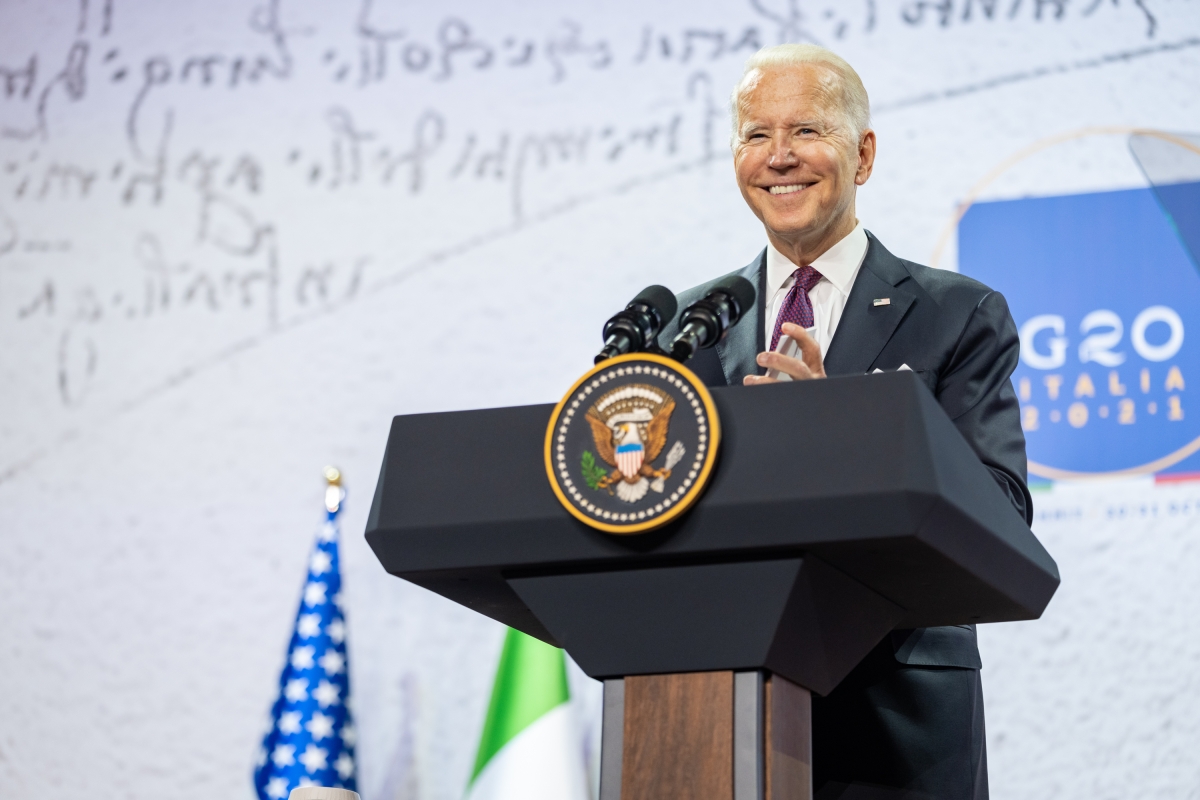 The following is an excerpt of ASPI Vice Presidents Danny Russel and Wendy Cutler's op-ed originally published in The Diplomat.

Even before taking office last year on January 20, U.S. President Joe Biden had announced the appointment of an “Asia Czar” at the White House, reached out to key leaders in the region, and pledged to take on the challenges posed by the United States’ most serious competitor, China. So, one year into the Biden administration, what should we make of his policy toward Asia and the Indo-Pacific?

Both Biden and his foreign policy team brought to bear considerable diplomatic experience and a carefully reasoned approach to international affairs, prioritizing domestic renewal and the rebuilding of U.S. partnerships and international influence. To some extent, this approach simply made a virtue of necessity, given the urgency of multiple domestic issues, beginning with the COVID-19 pandemic. But Biden, who had learned a thing or two about dealing with communists during the Cold War, saw that the Chinese leadership was convinced that the U.S. and the West were in decline. They seemed equally certain that China had a favorable wind at its back with both a “window of opportunity” and the strong gravitational pull of its economy. The Biden team rightly calculated that unless and until the United States showed itself to be back on a credible path of domestic renewal, the Chinese side would remain inflexible and uncooperative.

From the outset, the Biden presidency was faced with far more than the usual set of challenges that greet a newcomer to the Oval Office. At home and abroad, the new administration confronted thorny problems on virtually every front – economic, social, political, health, environmental, and geopolitical. Asia was certainly no exception, although an early series of initiatives and outreach won back a degree of confidence in the United States and bought the administration some time. These included rejoining the Paris climate accord and the World Health Organization on day one, quickly hosting leaders from Japan and South Korea in Washington, dispatching cabinet secretaries and later the vice president on visits to the region, and in March holding a virtual summit with the leaders of Japan, India, and Australia to reboot the Quad, followed by an in-person meeting between the four leaders in September.

Solidifying the Quad 2.0 is perhaps the Biden administration’s most significant Indo-Pacific accomplishment in year one. Both the early virtual summit and the September face-to-face meeting in Washington deftly dealt with the critical issue of China by jujitsu-ing it — forgoing bombastic anti-China invective in favor of a much more subtle and potent approach. In 2021, the Quad shrewdly focused not on China, but on what the four countries could offer the region through collective action focused on real priorities such as vaccine distribution. This and other work launched by the Quad in effect challenged China in a race to the top and gave countries in the region something even more valuable than vaccines – a credible alternative to what China was selling. Going forward, the Quad process will have to keep delivering on its ambitious promises, and find a way to include others even if on an issue-specific basis, but it remains a highly creative and effective early move by the Biden team.

In Northeast Asia, the Biden administration has bonded with two consecutive Japanese prime ministers who, thanks to China, are now willing to do far more to bolster the alliance and regional security. Biden quickly resolved the ugly fight his predecessor had picked over South Korean subsidies for stationing U.S. forces on the Korean Peninsula and has adeptly handled some of Seoul’s questionable initiatives, like an ill-considered “end-of-war declaration” that would bolster Pyongyang’s campaign to delegitimize the U.S.-South Korean alliance. And when it comes to North Korea, no U.S. administration over the last four decades has had much to show for its attempts to curb Pyongyang’s steadily growing WMD threat. Given that reality, an administration’s North Korea policy is better measured by its mistakes, and on that score the Biden team has done well in avoiding them. It has opened the door to diplomacy but avoided the trap of trying to entice the North with unilateral concessions and has quietly bolstered defense and deterrence without the risky bluster of “fire and fury.”

Southeast Asia in 2021 has been a more difficult terrain for the Biden team. The disastrous military coup in Myanmar, setbacks to democratic governance in partner countries, and the region’s timorous “go along to get along” approach to China have been complicating factors.  And while the Biden administration has sustained and enhanced the United States’ role in protecting maritime rights in the South China Sea, there is simply no viable diplomatic track to manage the conflicting territorial claims between China and the smaller claimant states. Although a surprising number of senior administration officials were able to travel to Southeast Asia and Biden joined the virtual ASEAN Summits, the constraints of COVID-19 put a damper on the kind of robust U.S. engagement that the region wants. If Biden’s reported plan to host the region’s leaders (minus Myanmar) early this year materializes, it will be a major achievement, but will need to be followed up with concrete initiatives.