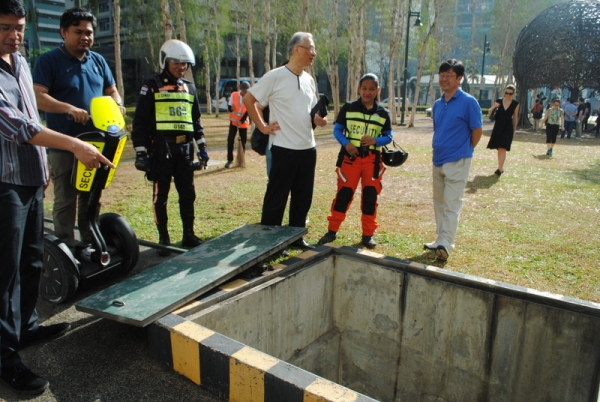 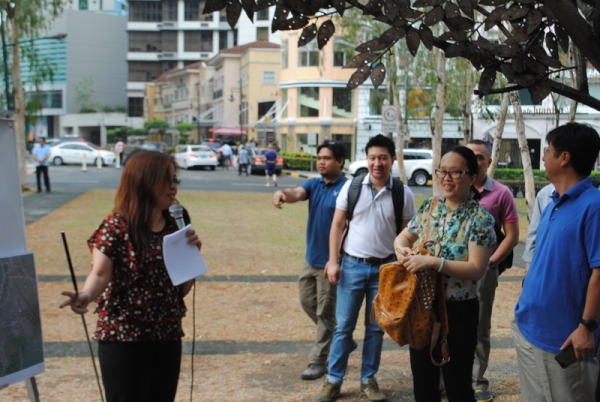 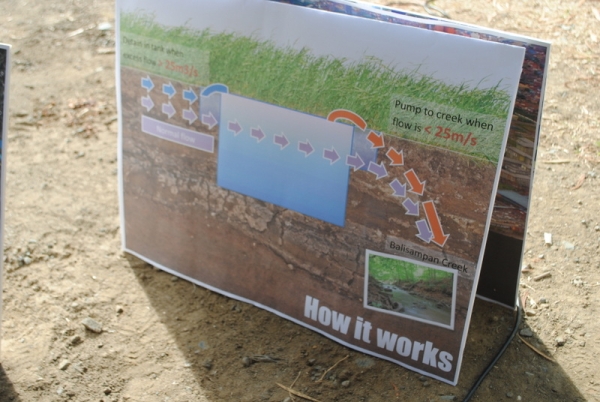 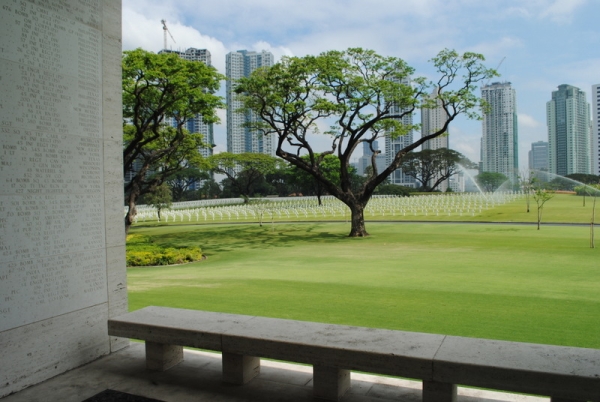 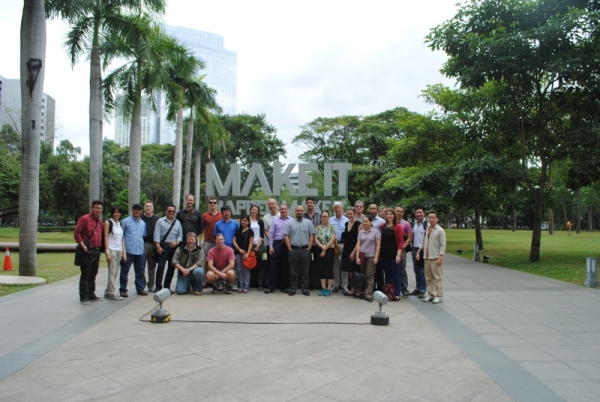 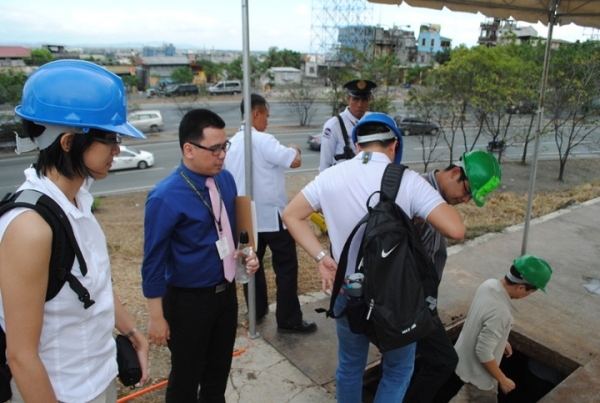 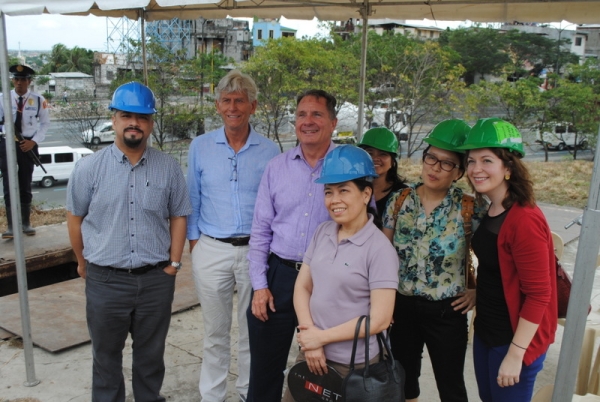 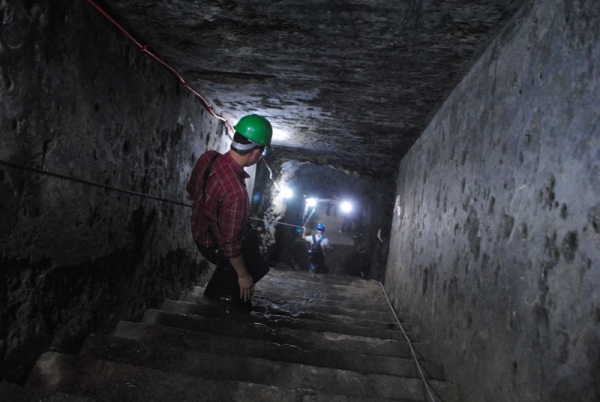 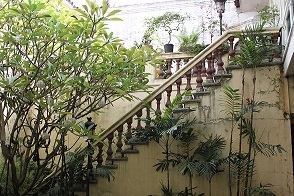 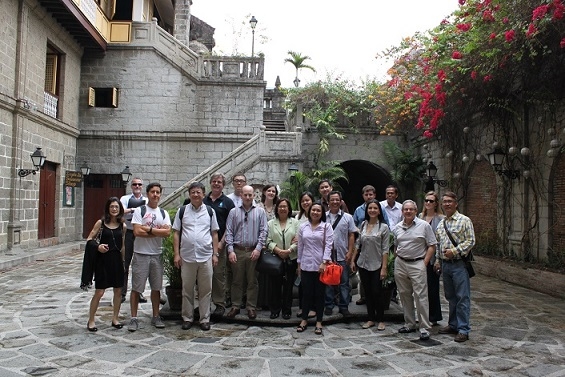 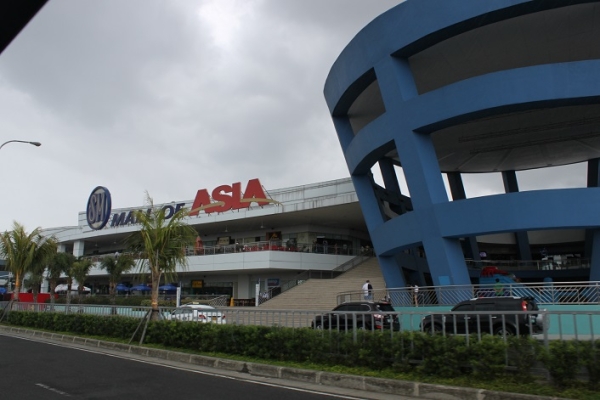 Participants in this year’s 2nd Annual Pacific Cities Sustainability Initiative Forum had the opportunity to join one of two mobile workshops in this year’s host city, Manila. The Philippines’ largest metropolitan region, Manila is a rapidly growing megacity with a storied history, which today must grapple with urban sustainability challenges including regular extreme weather events, traffic congestion, inadequate housing, and attracting investment.

A visit to Intramuros established a historical marker for tour participants. The old walled city of Manila, built by the Spanish colonial government in the early 16th century, once stood upon the shores of Manila Bay near the Pasig River. Today, land reclamation out into the Bay means that Intramuros lies inland, providing a visual marker of the impact of human development on Manila’s landscape. Today it is an important tourist attraction and National Historical Monument in a city that features many modern developments.

Participants also stopped for a visit at the U.S. Embassy complex, built on another section of reclaimed land near Manila Bay and extremely vulnerable to storm surge. Participants took part in a presentation to learn how the Embassy is planning to mitigate the impact of future storms.

The first stop was in Fort Bonifacio Global City, where Myra Ocampo, Deputy Head of Commercial Operations for Fort Bonifacio, made a presentation about an innovative underground water detention tank. The tank, which holds about 8 Olympic-sized swimming pools-worth of water, diverts floodwaters during storm events. Tour participants were able to peer into the tank, which stretches a massive 5 stories deep.

On the way from Fort Bonifacio to Makati Central Business district, participants made a brief stop at the green oasis of the Manila American Battle Monument, which highlights how many of the city's developments, including Fort Bonifacio, has taken place on former military sites.

In Makati, participants were shown how much of modern Makati was built on land once used as a WWII-era airfield. Tour participants were particularly interested to learn that the nearby “Ayala Triangle” was not a public park but rather a privately-owned “garden,” and could still be developed one day.

Finally, the group was able to explore the site of historic World War II tunnels, originally built by the U.S. military. The entire tunnel complex, once used for supply routes and as a bomb shelter, spreads out underneath the ongoing development taking place in Fort Bonifacio. Donning hard-hats, participants had a brief look at the historic tunnels, which were blasted from bedrock and were dark, damp, and hot. Not currently open to the public, the tunnels may one day be opened as a historic monument.

A special thanks to Urban Land Institute Philippines for organizing this year’s mobile workshops.