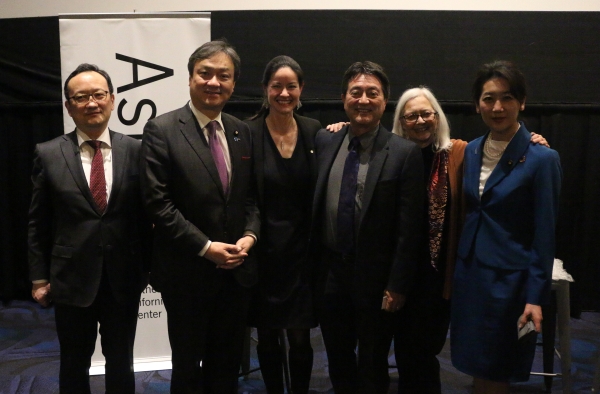 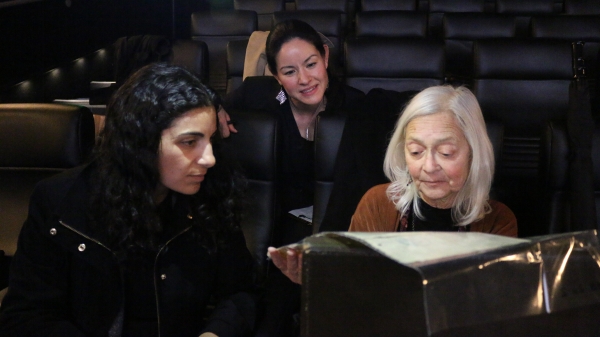 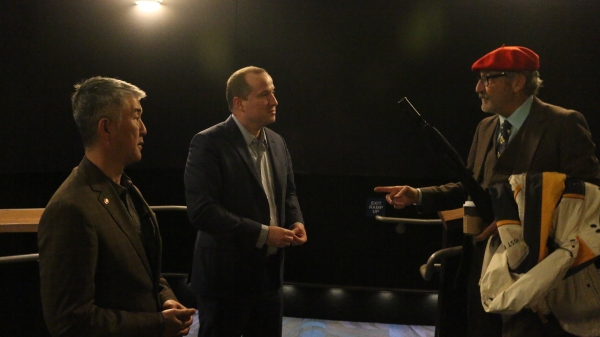 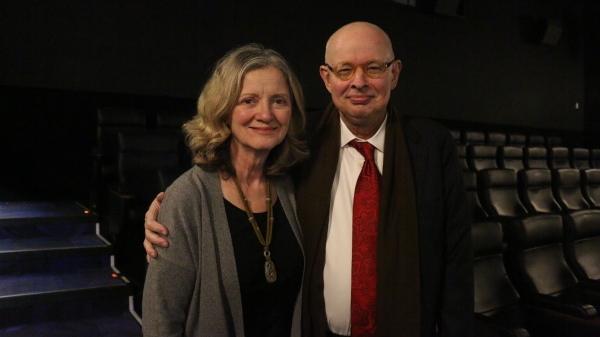 Ken and Ruth Wilcox pose for a photo before doors to the theater open to the guests. (Kevin Kunze/Asia Society) 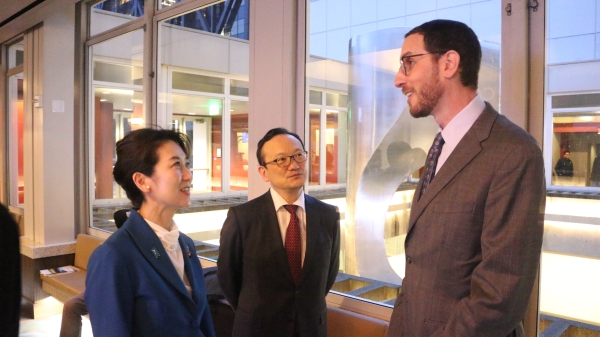 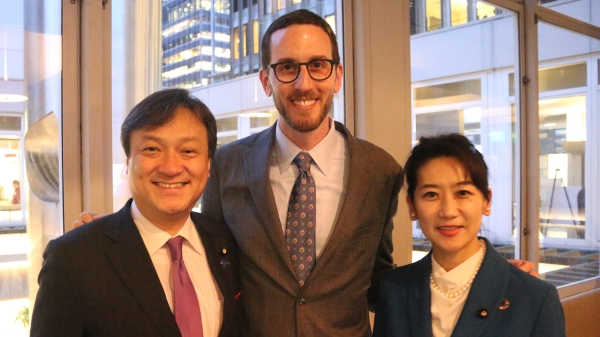 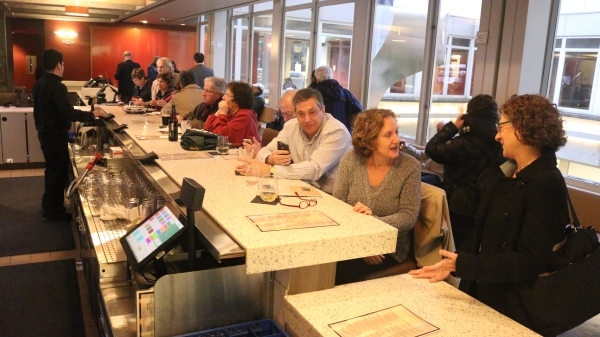 Guests from the Consulate, AJC-San Francisco, and Asia Society Northern California mingle a bit before doors open to the public. (Kevin Kunze/Asia Society) 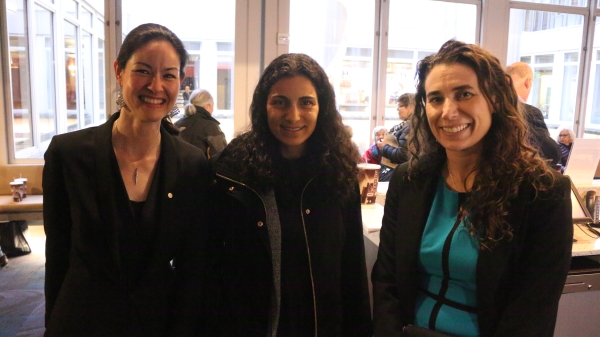 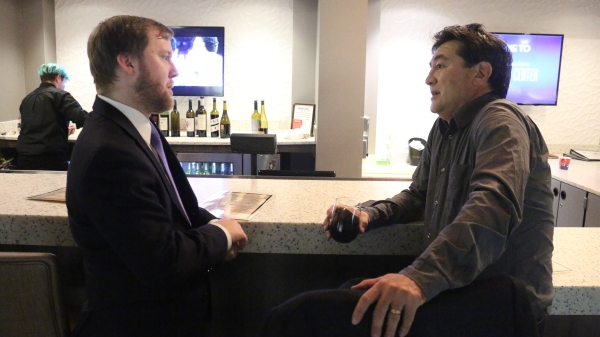 Kevin O'Donnell of the Japanese Consulate catches up with director Cellin Gluck shortly after his arrival from New York. (Kevin Kunze/Asia Society) 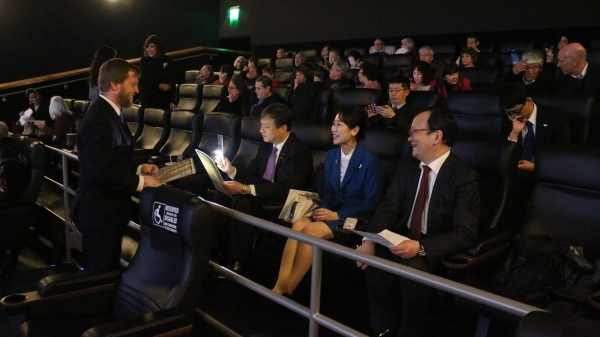 Members of the delegation from Japan. (Kevin Kunze/Asia Society) 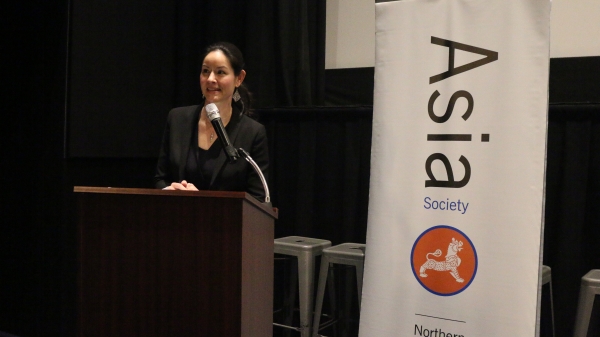 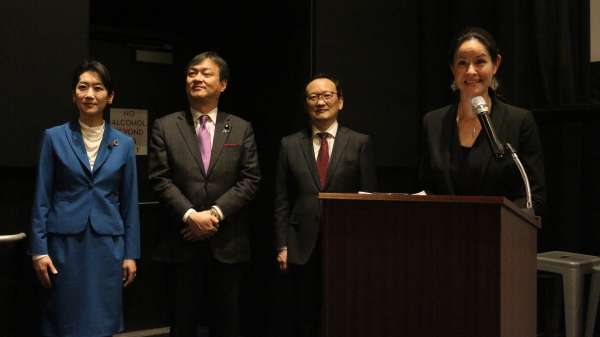 Matsukawa-sensei and Horii-sensei (left and far left) are Diet members in the House of Councillors (Kevin Kunze/Asia Society). 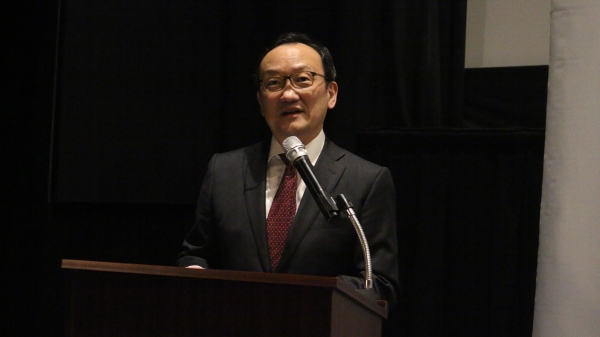 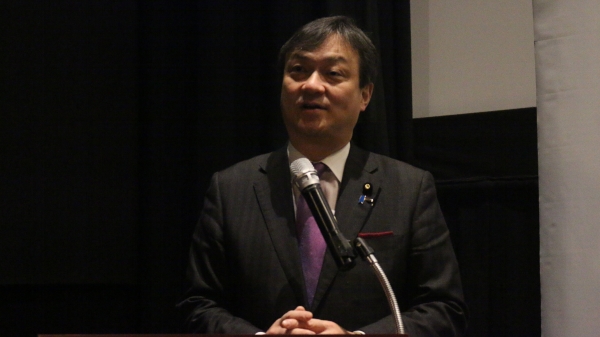 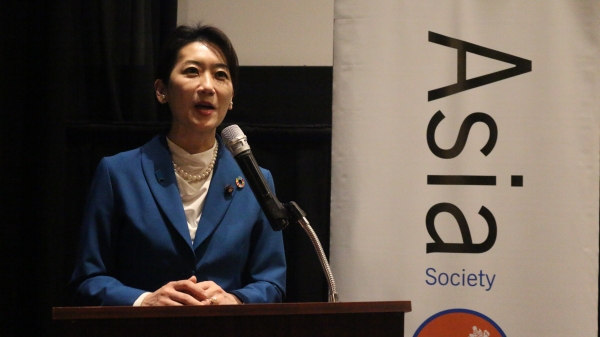 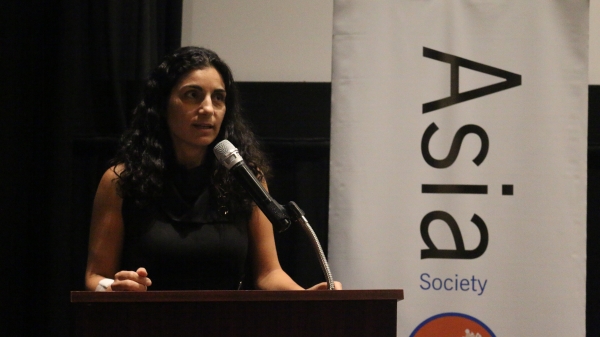 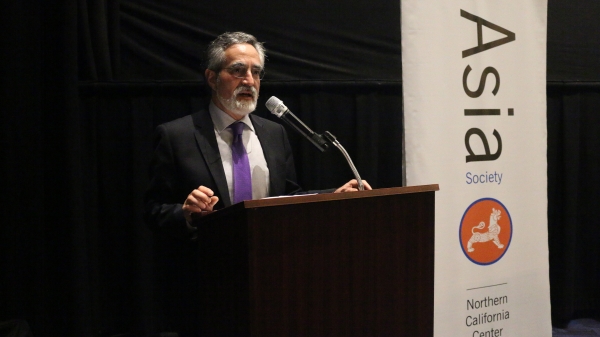 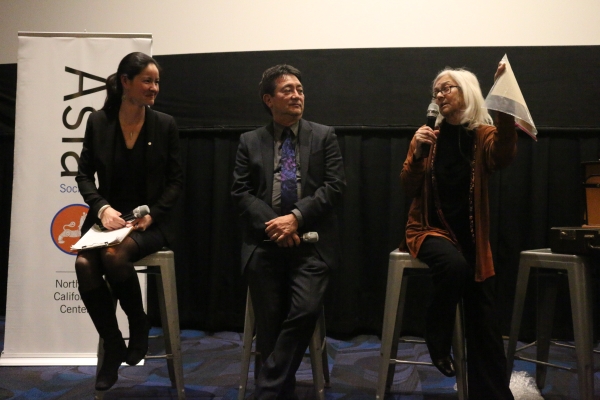 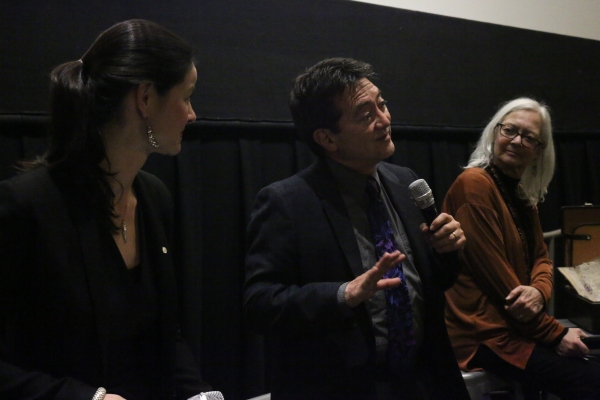 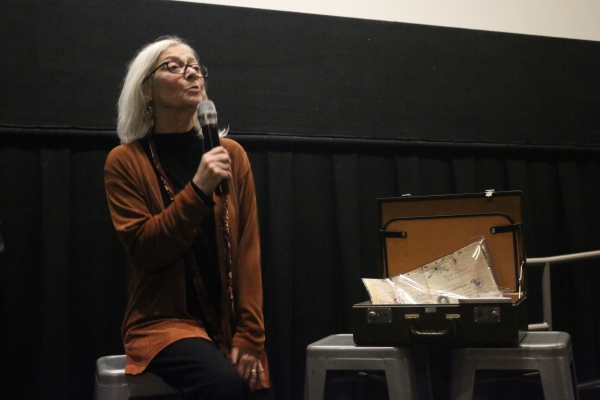 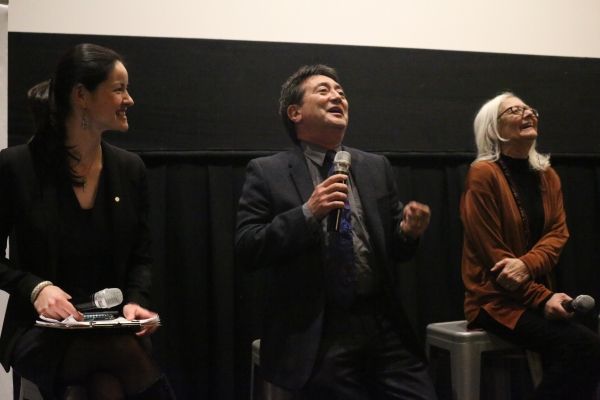 The panelists share a chuckle during the discussion. (Kevin Kunze/Asia Society) 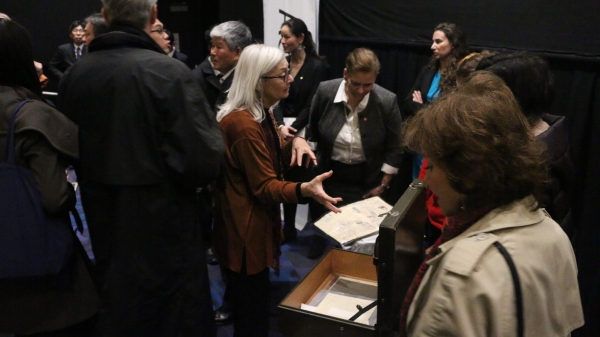 After the discussion, audience members had a chance to check out the Sugihara suitcase. (Kevin Kunze/Asia Society) 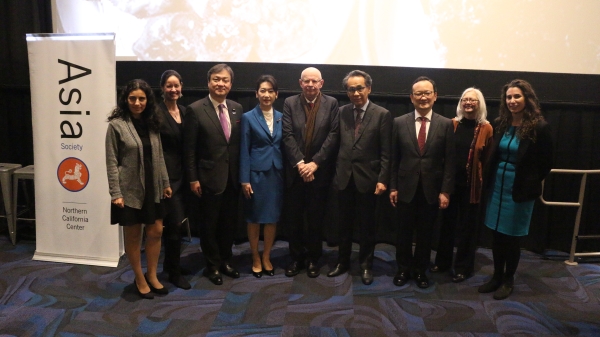 On February 13, 2019, Asia Society Northern California in collaboration with the Consulate General of Japan in San Francisco and AJC - San Francisco hosted an exclusive screening of Persona Non Grata at the Landmark's Embarcadero Center Cinema. The film Persona Non Grata is about Chiune Sugihara, a Japanese diplomat posted in Lithuania during World War II who issued 2,139 visas to Jewish refugees granting them passage to Japan.

In attendance at the screening were over 100 guests from all of the organizations including a delegation from Japan. Two members of the House of Councillors, the upper house of the National Diet of Japan, spoke at the beginning of the program: Mr. Iwao Horii and Ms. Rui Matsukawa. Stopping by before the screening was Senator Scott Wiener of the California State Senate District 11 San Francisco & San Mateo County. Supervisor Aaron Peskin (District 3 - San Francisco Board of Supervisors) spoke in the second half of the program, after the screening.

At 5:30pm, guests from all the organizations mingled over a complimentary beverage and started to take their seats in the theater. Commencing the program was Asia Society Northern California Executive Director Margaret Conley, followed by a warm and appreciative welcome from Consul General Tomochika Uyama of the Japanese Consulate. Horii-sensei and Matsukawa-sensei both gave remarks at the beginning, expressing their admiration for Sugihara-san and his contributions. Deputy Consul General Ravit Baer of the Consulate General of the Pacific Northwest - San Francisco followed, speaking about the 36 diplomats from various countries during World War II who issued visas to Jewish refugees.

After the screening, Supervisor Peskin introduced the panelists, Director Cellin Gluck and Debby Graudenz, daughter of Sugihara survivor Rabbi Samuel (“Isi”) Graudenz. The discussion was moderated by Conley. Gluck spoke at length about his background, the production and research pertaining to the film, and how he met Graudenz. Graudenz spoke about her father's history and relationship with Sugihara-san, plus even showed some artifacts from her father's Sugihara briefcase, including her father's visa. After the moderated discussion, people in the audience were able to ask the both of them questions.

Asia Society Northern California would like to thank the Consulate General of Japan in San Francisco and AJC - San Francisco for their tremendous support and help to implement this program.