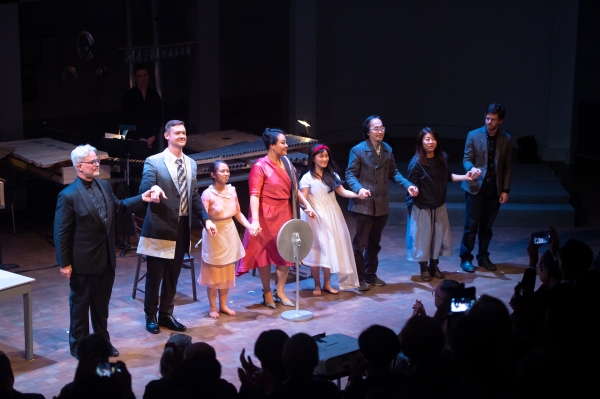 The cast and creative team take a bow. 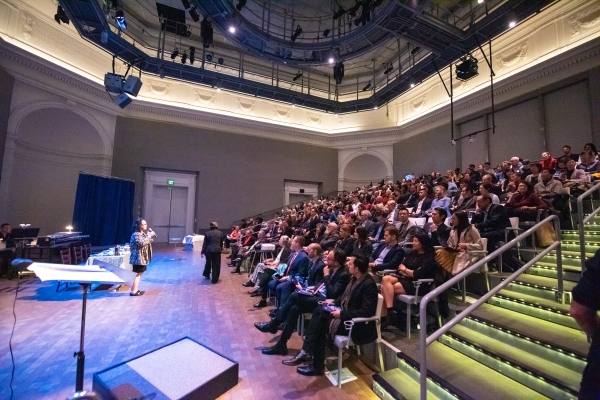 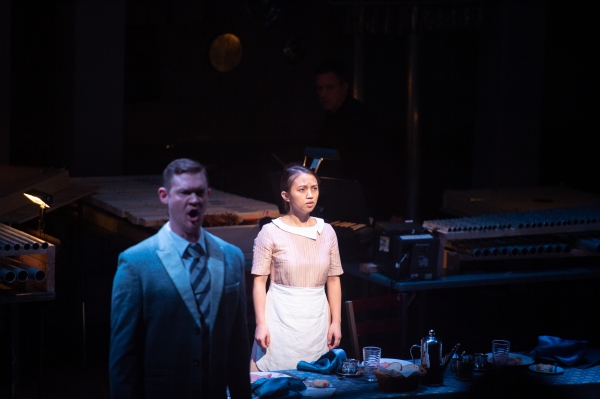 Stefanie Quintin as "Mila" pictured with Joseph Beutel as "Sir". 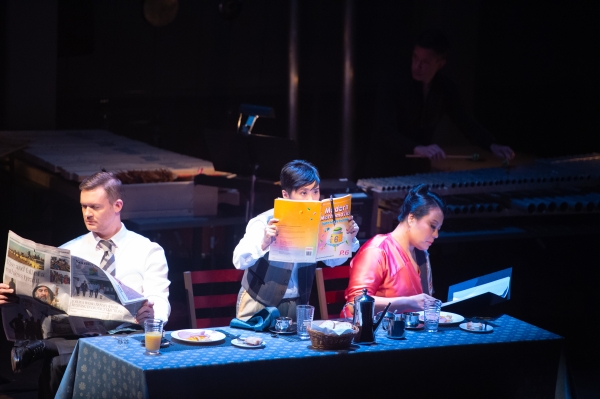 From left to right: Joseph Beutel as "Sir", Joanna Shao as "Boy", and Amanda Li as "Ma'am". 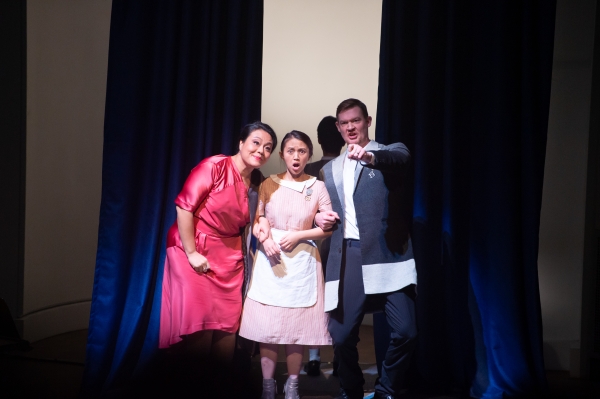 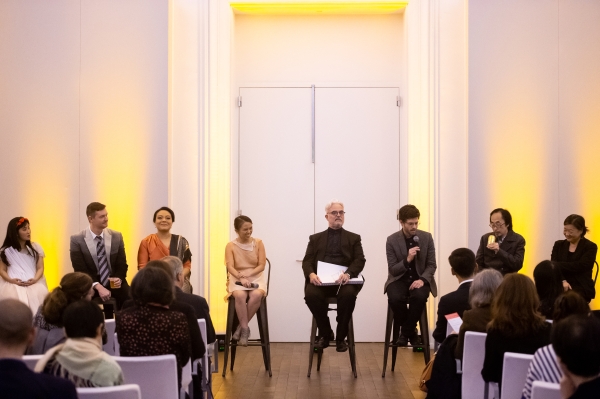 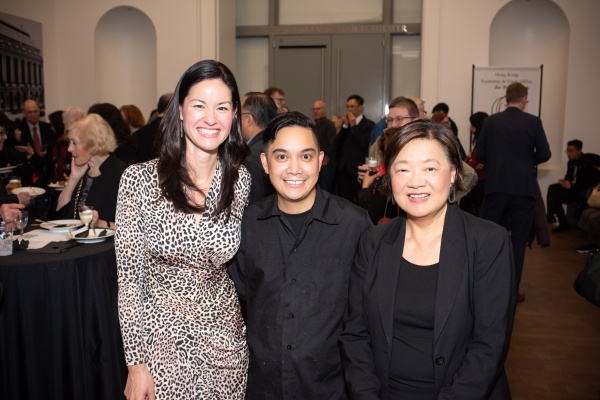 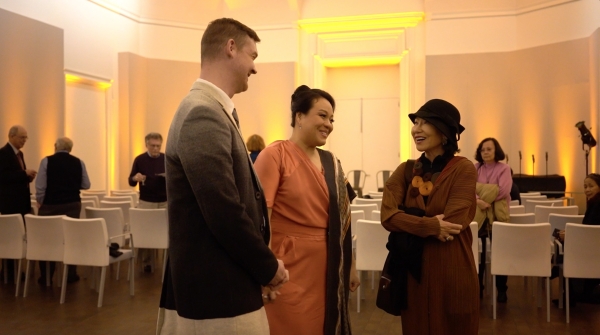 Cast members chat with Amy Tan, author of The Joy Luck Club, during the reception. 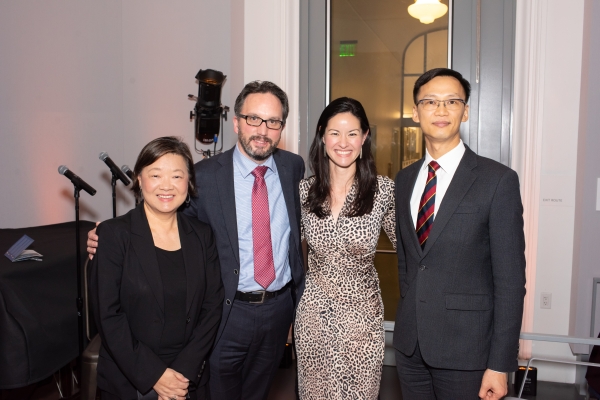 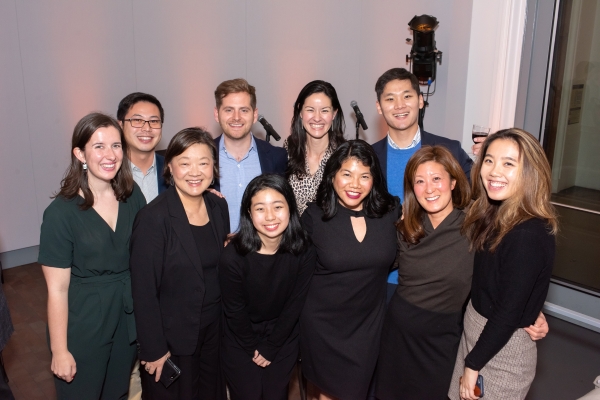 The Northern California and Hong Kong teams pose for a photo at the end of a successful night! 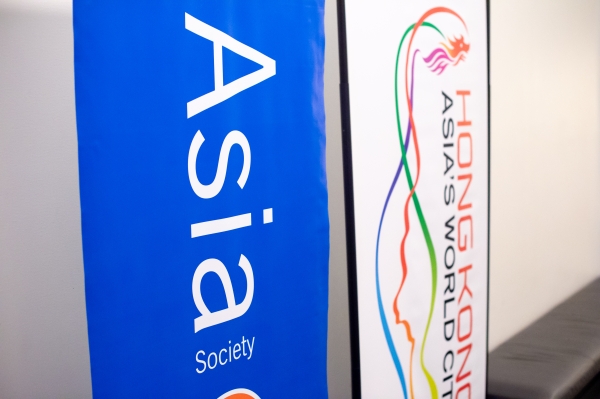 Thank you to the Hong Kong Economic & Trade Office in San Francisco, who sponsored the show's reception.

Musical America called the San Francisco performance "an engaging work of art, one that also represents an act of inspired advocacy. According to current estimates, there are now more than 300,000 women working as domestics in Hong Kong...With Mila, they have been given a voice" (Rowe, Georgia, “New Opera Gives Voice to Ill-Treated Domestics in Asia,” Musical America, 18 December 2019).

The 60-minute opera was followed by a post-performance Q&A with the cast, creative team, and Alice Mong, Executive Director of Asia Society Hong Kong.  This discussion was moderated by Matthew Shilvock, General Director of San Francisco Opera.