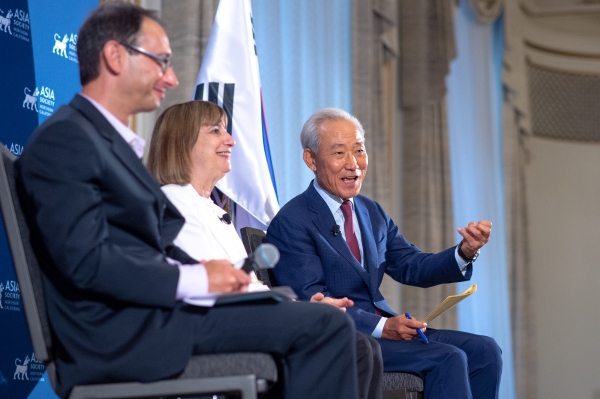 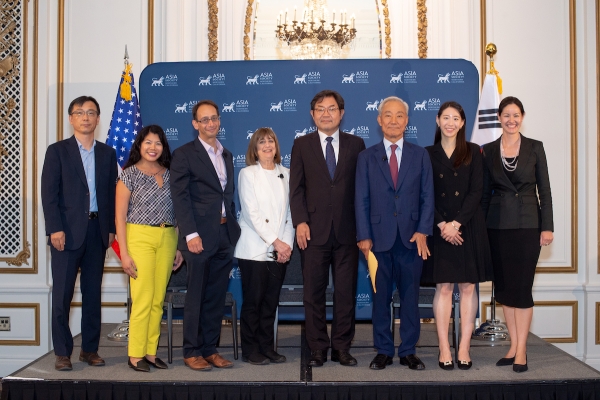 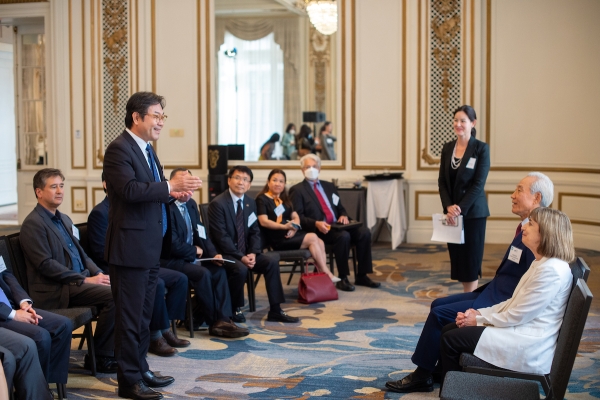 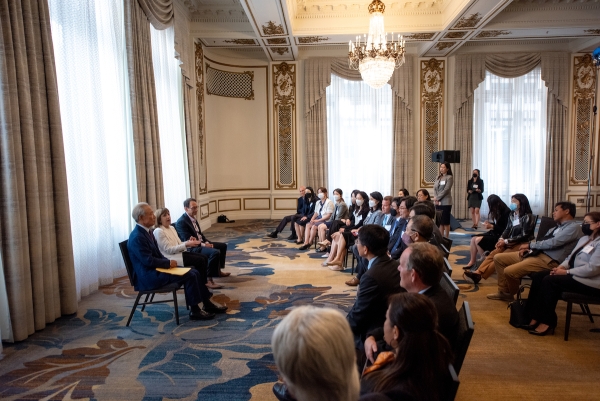 Speakers (left) Minister Jong-Hoon Kim, Wendy Cutler, and James Green meet with a small group of VIP guests ahead of the public program at The Palace Hotel. 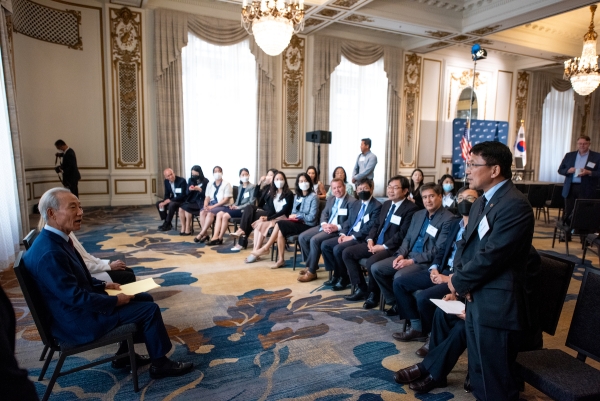 During the VIP reception, guests have an opportunity to ask the speakers questions directly in an intimate, off-the-record setting. 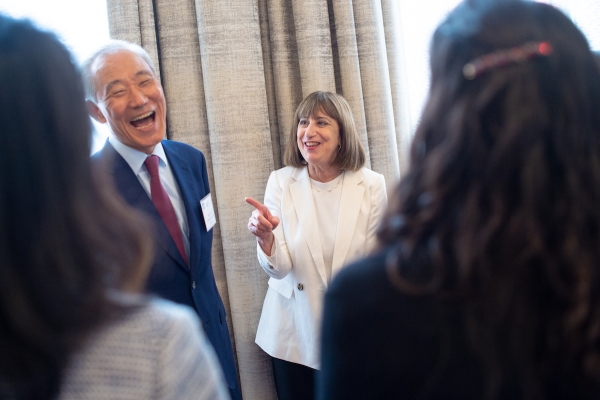 Minister Jong-Hoon Kim and Wendy Cutler share a laugh together. 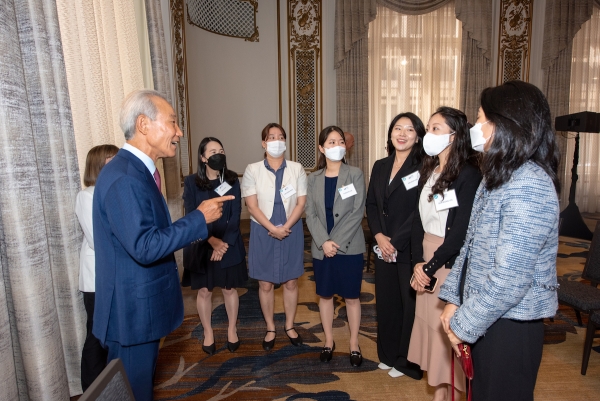 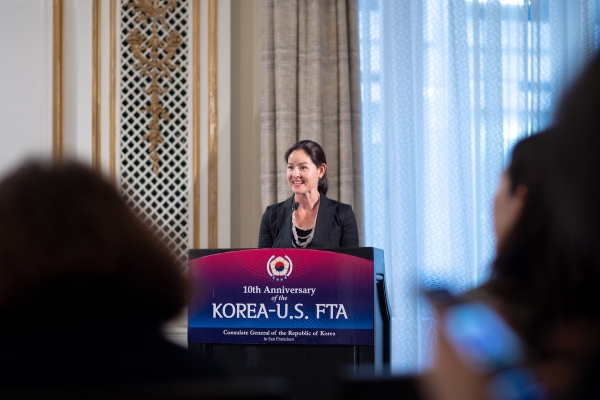 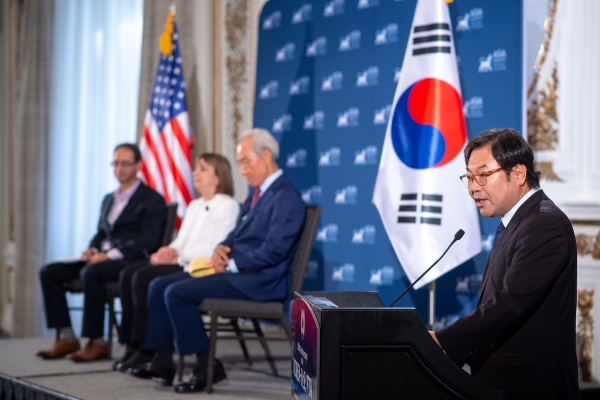 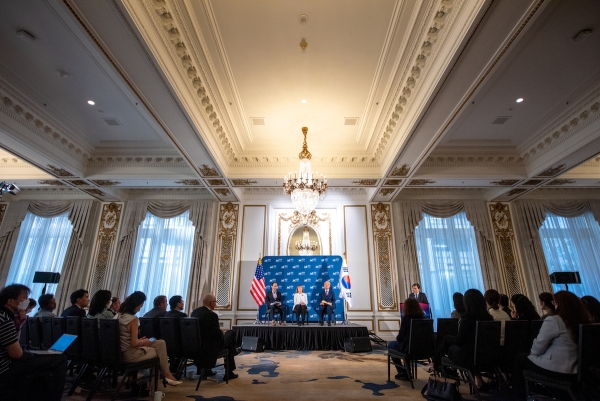 The stage is set! 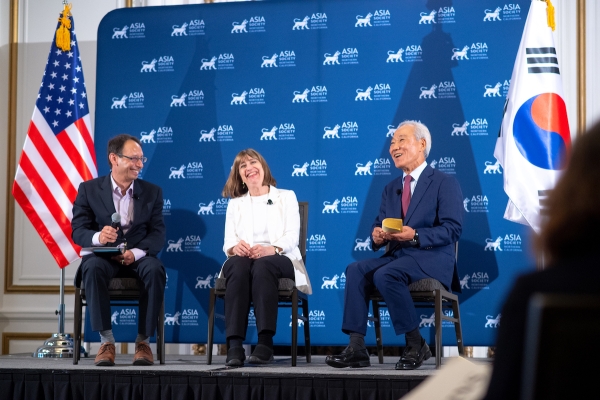 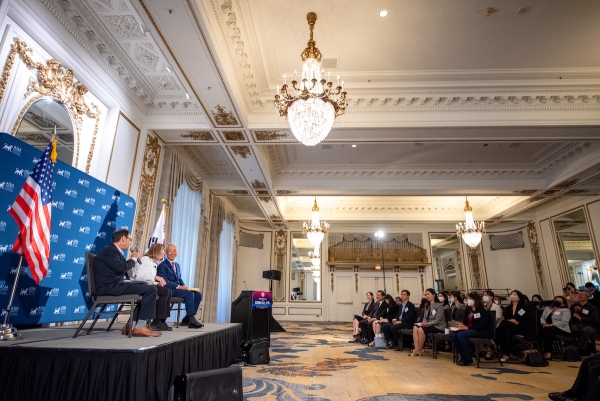 Beautiful setting at The Palace Hotel in San Francisco. 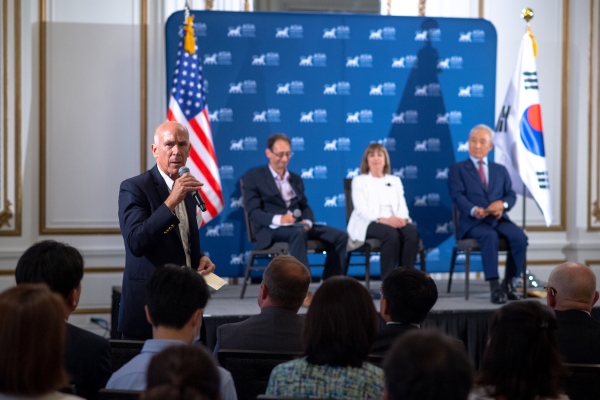 July 18, 2022 — Asia Society Northern California hosted Wendy Cutler, vice president at the Asia Society Policy Institute and Jong-Hoon Kim, former trade minister for the Republic of Korea, in a dialogue marking the 10th anniversary of the Korea-U.S. Free Trade Agreement at The Palace Hotel in San Francisco. This program was moderated by James Green, Director of Government Affairs and Public Policy at Google.

Sangsoo Yoon, consul general for the Republic of Korea in San Francisco, gave opening remarks and shared with the audience that after the U.S.-Korea Treaty of 1882, the first Korean government delegation to visit the United States arrived in San Francisco on September 2, 1883 and stayed at The Palace Hotel, setting the stage for the program.

Cutler and Kim, who worked together on the Korea-U.S. FTA a decade ago, discussed the history of the trade agreement and their time working together. They also discussed Biden's approach to Korea and issues concerning supply chain.

This program was sponsored by the Consulate General of the Republic of Korea in San Francisco.