From Manila to San Francisco

Understanding Resiliency and Livability in the Modern City 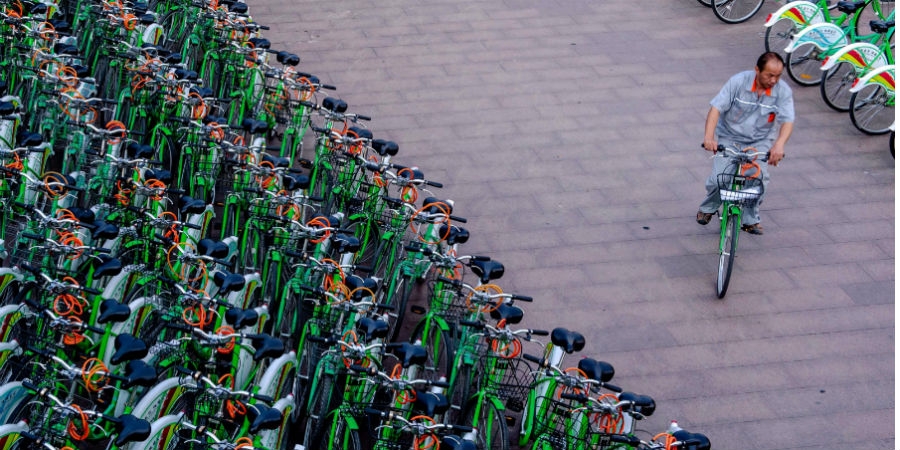 As highlighted by a recent bipartisan report, the impact of climate change on the U.S. economy alone could be disastrous. From drought to floods to rising sea levels, rural and urban areas alike face growing risks. From the recent Supertyphoon Haiyan, which hit the Philippines in November of 2013, to the extreme weather that has crippled crops throughout the Midwestern U.S., the tremendous human and economic costs of climate change are becoming more apparent all the time. How can cities - including policymakers, municipal leaders, and citizens - address the growing prospects for natural disaster, including climate-related disasters, by providing more than aid and relief after the fact? Responding to these risks includes taking preventative and adaptive action against climate change, and planning for long-term sustainability by building resilient, livable, and energy-efficient cities.

To explore these issues in more depth, Asia Society will host “Cities at Risk" on July 14th, to investigate how cities around the Pacific are working to create more livable, resilient cities, drawing in particular on the Philippines' experience in responding to climate-related disasters. Speakers include Rafael Lopa, Executive Director of Philippine Business for Social Responsibility, Patrick Otellini, San Francisco’s Chief Resiliency Officer, and Jeffrey Heller, President of Heller Manus Architects.

What Do Livability and Resiliency Mean?

According to the Rockefeller Foundation’s Resilient Cities Challenge, resiliency is "the capacity of individuals, communities, institutions, businesses and systems within a city to survive, adapt, and grow no matter what kinds of chronic stresses and acute shocks they experience." In light of increasing systemic stresses and shocks caused by global warming, resiliency also suggests: 1) having response and recovery plans in place for disasters such as earthquakes, typhoons, and hurricanes; and 2) building municipal infrastructure that minimizes dependence on fossil fuels. Resiliency in cities includes everything from smart planning of transit systems and disaster relief to individual decisions to equip houses and buildings with energy-efficient technology.

But a city that is resilient isn't necessarily healthy or pleasant to live in - who wants to live in bunkers? - so what makes a city livable? Urban livability involves everything from air quality, affordable housing, and functional public transit systems to aesthetically pleasing public spaces and community engagement. As Carlos Rufino, ULI Philippines Chair, points out, livability means building cities for people - cities where people choose to work, live, and play.

Provision of open public space and green areas, efficient and inexpensive public transit, and high quality public facilities are key to livability. Livability also entails building cities with people in mind, prioritizing human-centered design over automobiles, and building cities with citizen consultation and participation. The community aspect of livability is perhaps best summed up with a term borrowed from the Philippines - Bayanihan - which refers to the traditional spirit of engagment in work and projects for communal benefit. The Bayanihan spirit could be what's missing in so many cities that score low on livability.

Resiliency and livability are ultimately inextricably bound together. A city where its people enjoy effective and energy-efficient public transit and open green space and parks is both more livable and more resilient to climate change than one in which citizens do not enjoy such amenities. Most enhancements to urban resiliency, such as disaster preparedness or flood controls, translate into more attractive, livable cities for residents -- consider riverbank improvement projects like the Cheonggyecheon Stream in Seoul or the riverfront redevelopment of Minneapolis. In the words of Sir Bob Parker, former mayor of Christchurch, New Zealand, “Building cities for people inevitably means we’re going to be building resilient spaces, and as the world moves more and more towards a metropolitan lifestyle, the cities that are going to succeed are the cities that will be the best places to live and they will be cities that understand that sustainability means community involvement at all levels.”

Lessons from Manila and San Francisco

The Pacific Cities Sustainability Initiative (PCSI) has been examining the twin challenges of creating more resilient and livable cities for the past year. In March 2014, PCSI convened a cross-sector group of experts for its 2nd Annual Forum, held this year in Manila, Philippines. Manila has many of the characteristics of other rapidly developing Asian cities, from a growing population and rapid economic growth to inadequate housing, air and water pollution, and stressed public services. Manila is also subject to frequent flooding and storms, serving as a bellwether for other-low lying cities in the Asia Pacific and beyond.

Experts from Manila and across the Pacific Rim have contributed to a forthcoming PCSI report, Creating Resilient and Livable Cities, which presents practical strategies for planning and building today the resilient and livable cities of tomorrow. Learn more, and receive a copy of the publication, on July 14th at the Asia Society.

Register to attend "Cities at Risk" here, and tweet us @AsiaSocietyNC with #PCSI to tell us what resiliency means in your city!