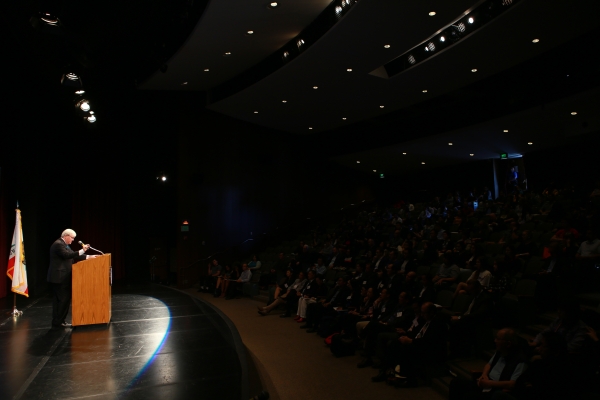 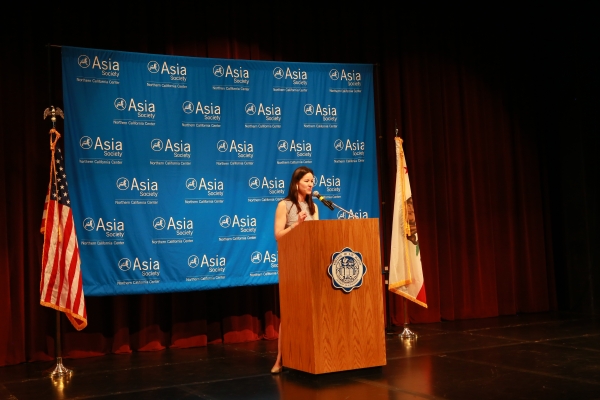 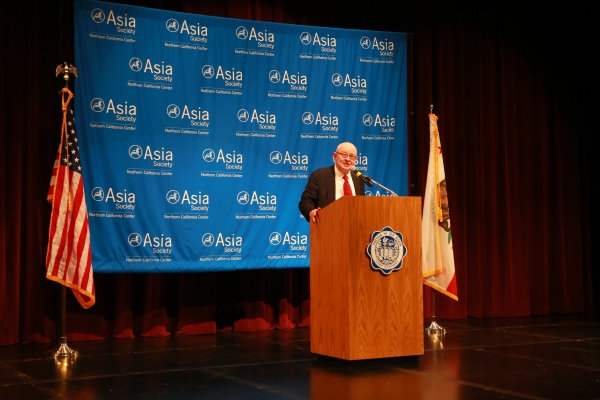 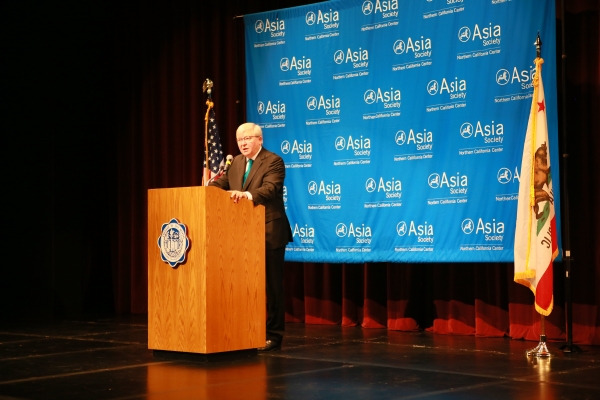 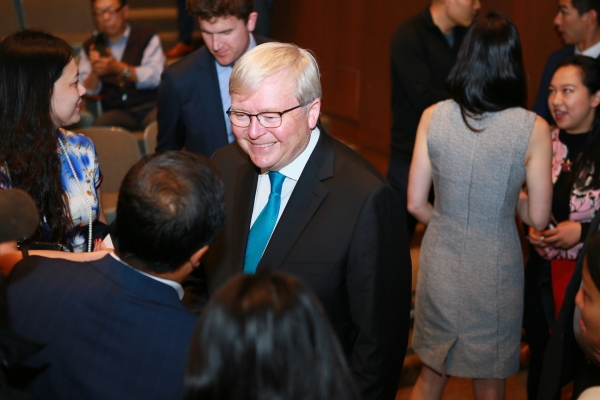 Hon. Kevin Rudd, speaking to business leaders from Silicon Valley at the close of his speech

The U.S. and China are in a new era of strategic competition across trade, investment, and technology. This was the core message delivered by Kevin Rudd, Former Prime Minister of Australia and inaugural President of the Asia Society Policy Institute, at an address to the College of San Mateo on September 13.

Despite Washington’s recent tensions with China being heralded as the prelude to a “New Cold War”, Mr. Rudd noted very few of the conditions of the Cold War characterize the current state of U.S.-China competition. Despite a stark difference in political systems, there is still a tremendous amount of economic engagement and people-to-people contact between the global superpowers. “We should be cautious about sliding into the easy language [of ‘Cold War’ rhetoric],” he remarked to the audience.  He went on to outline that the U.S. and China still have the largest trade relationship in the world, and despite the unfolding trade war, the world’s two biggest economies remain intertwined.  But Mr. Rudd noted that China and the U.S. are poised at the start of an era defined by “strategic competition” rather than “strategic engagement”, especially within the technology sector.

Mr. Rudd outlined this new era of the U.S. China relationship by first defining how the world arrived at this point. While it is easy to look at isolated instances as primary sources of conflict, Mr. Rudd discouraged such “finger-pointing”, as he noted that the rivalry is an inherently structural phenomenon, and therefore requires a structural response.  For the first time in almost four decades, China is now of sufficient means to challenge the long-term American dominance of global and regional order.  This “structural phenomenon” directly impacts the American response to Chinese actions, as China has acquired the military, economy and technological capability to pose a real challenge to the U.S.  However, Mr. Rudd noted that the leadership of both nations has the agency to steer the narrative:  “The radical change in the relationship we have observed in recent years, as we have moved from strategic engagement to strategic competition, is indeed structural. But the role of “agency”, through the political leadership of both countries, is to identify what rules of the road may now be possible, within the framework of what is now a deeply competitive relationship, to avoid conflagration.”

“2018 is a strategic turning point,” Mr. Rudd stated. “The points of competition are outweighing the points of cooperation.” He emphasized the rise of technology as a separate field in the rivalry, joining the ranks of security and economics. Specifically, with new developments in artificial intelligence technology, the U.S. and China have established an “AI duopoly” with various geopolitical implications (covered in ASNC’s speaker event on September 28, with Dr. Kai-Fu Lee).

At the end of his speech, Mr. Rudd prescribed focusing on measures that would reestablish the sense of shared strategic interest; areas of strategic cooperation such as climate change and energy policy rather than those of confrontation. Sustainability is a universal goal for both states, whose economic and technological dominance are reliant on finite resources, the supplies of which are rapidly dwindling. He displayed hope for cooperation over climate change between the world’s two largest carbon emitters to be sustained in the future, even in the face of a “vast array of geopolitical, geoeconomic and geostrategic factors” that hinder the relationship.

“Let us hope that this last remaining ballast of the relationship can be salvaged for the future, for all of us,” he concluded. “The planet demands nothing less.”