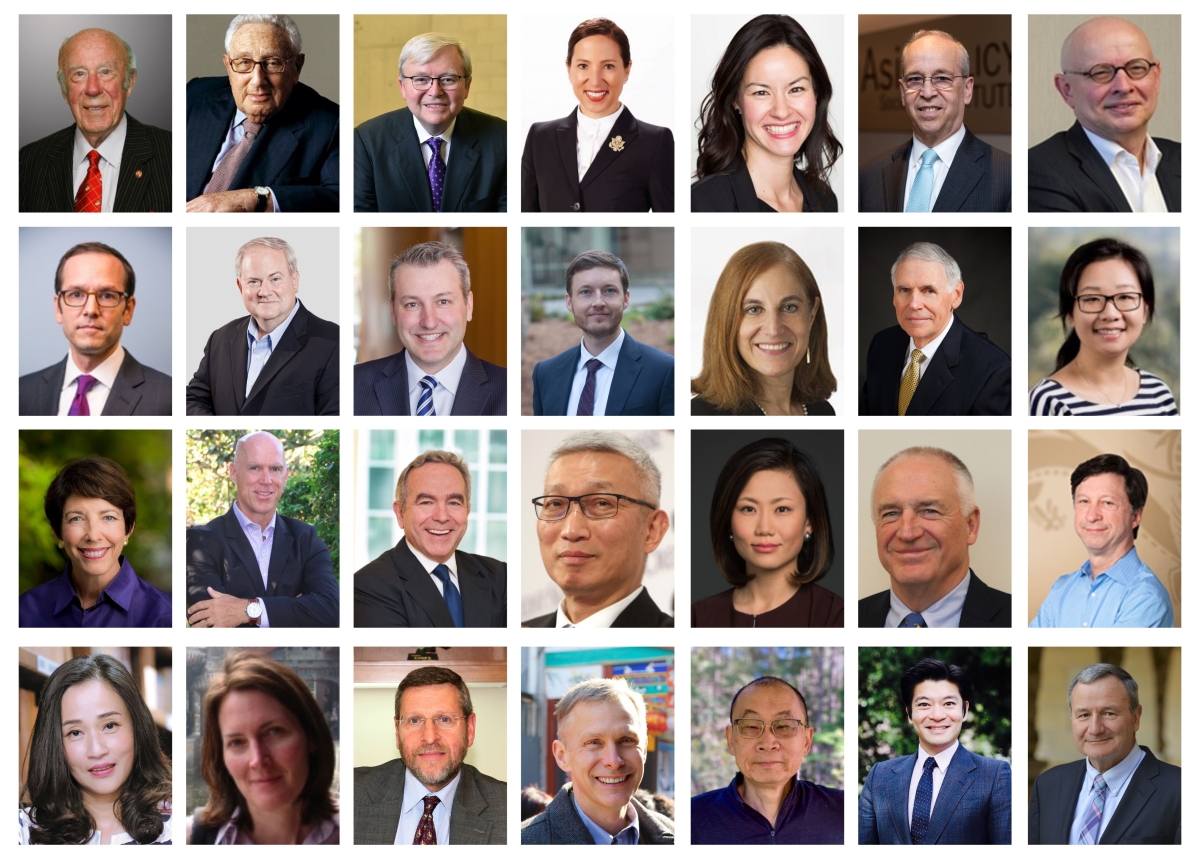 Asia Society members and guests gathered over eight hours of live programming on January 14, 2021 for a virtual conference on The Future of U.S. & China: Seeking Truth Through Facts. Over 1,400 people registered to attend.

As the fifth and final program of the Seeking Truth Through Facts U.S.-China series hosted by Asia Society Northern California, this conference consisted of six panels featuring 28 leading voices across the fields of business, government, technology, academia and entrepreneurship in the U.S.-China landscape. Panel discussions focused on new strategic frameworks for the bilateral relationship, restoring trust, rebalancing trade, national security, technology, and domestic challenges; as well as the global impact of the political and economic landscape.

The world has seen a monumental shift in the U.S. and China’s hegemonic relationship on the international stage. Kevin Rudd, President and CEO of Asia Society, noted that “for the first time since 1945, the U.S. will need its principal allies in Asia and Europe rather than as an occasional encumbrance.” Indeed, with China projected to become a larger economy by 2028 and coronavirus recovery time tables in China’s favor, perhaps it’s not surprising that—as observed by Michael Dunne, CEO of Zozo Go—“the global pendulum is clearly swinging” even for established American companies and industries.

To accentuate matters, China is embracing an economic strategy of dual-circulation in which—according to Minxin Pei, Tom and Margot Pritzker ‘72 Professor of Government at Claremont McKenna College—“has evolved from global integration toward domestic growth and technological self-sufficiency.” Thus, American leverage over China has greatly diminished, which Lingling Wei, a senior China correspondent for The Wall Street Journal, identified as a critical reason why U.S. “pressure tactics don’t really work,” and has only escalated tensions and rivalry.

A central issue addressed by our panelists is how the Biden-Harris administration should approach the current decoupling of U.S.-China relations. Chad Bown, Reginald Jones Senior Fellow at the Peterson Institute for International Economics (PIIE), underscored the need for Americans to be “less nostalgic about a world that’s never coming back,” and for policymakers to adopt a “more evidence-based approach” in dealing with a global rival. Susan Shirk, Research Professor at the University of California San Diego’s School of Global Policy and Strategy, is “hopeful… that the American economy can revive” under the Biden administration’s projected policies of “self-strengthening” aimed at bringing “support among the American people without being protectionists.” Our speakers also unpacked China’s perspective on the new administration and its long-term implications for multilateral trade, territorial disputes, and the high-tech future.

More from Kevin Rudd's "Biden should prioritise reversing Trump’s blanket ban on Chinese and other foreign students" from the South China Morning Post can be found here.

Session 1 — The Global Chessboard: After a year of recriminations and downward spiral in the relationship, what should be the strategic framework to get the relationship back on track?  China is pursuing new international alliances (B&R, Iran, Saudi Arabia, Russia) even as the U.S. engages western nations to challenge China’s ambitions.  What type of framework would enable these two powers to co-exist and continue collaboration, maintain competition, and prevent conflict?

Session 2 — Rebalancing the U.S.-China Economic Relationship: Trade, Investment, and Technology: After several years of economic conflict, can America and China return to a more stable and mutually beneficial economic relationship? The panel explored this question in the areas of trade, investment, and technology, highlighting steps that both Beijing and Washington can take to put the economic relationship back on track.

Session 3 — Technology: How has the growing divide and technology conflict between the U.S. and China impacted industries in fundamental ways? A conversation with specialists.

Session 4 — Doubling Down on Strongman Rule: How Xi Jinping is Confronting his New Challenges: Issues to address include China’s domestic evolution and implications for American policy, China’s reassessment of interdependence with the U.S., and what’s next for Hong Kong and Taiwan.

Session 5 – China-U.S. Strategic Issues During the Biden Administration: Topics include the impact of wolf warrior diplomacy in Asia, territorial disputes including the East and South China Seas, and new global impacts as a result of an evolving U.S.-China strategic competition. Could U.S.-China tensions lead to military conflict?

How might the Biden Administration overcome issues of a profound mistrust between the US and China? What should be the channels and mechanisms for engaging with China? How can the U.S. provide incentives for China to change its behavior and turn more so towards global norms? This panel unpacked the current trajectory of U.S.-China relations, and the ways it should be shifted for a more promising future.

Session 4 - Doubling Down on Strongman Rule:
How Xi Jinping is Confronting his New Challenges (57 min., 5 sec.)

THANK YOU TO OUR TEAM