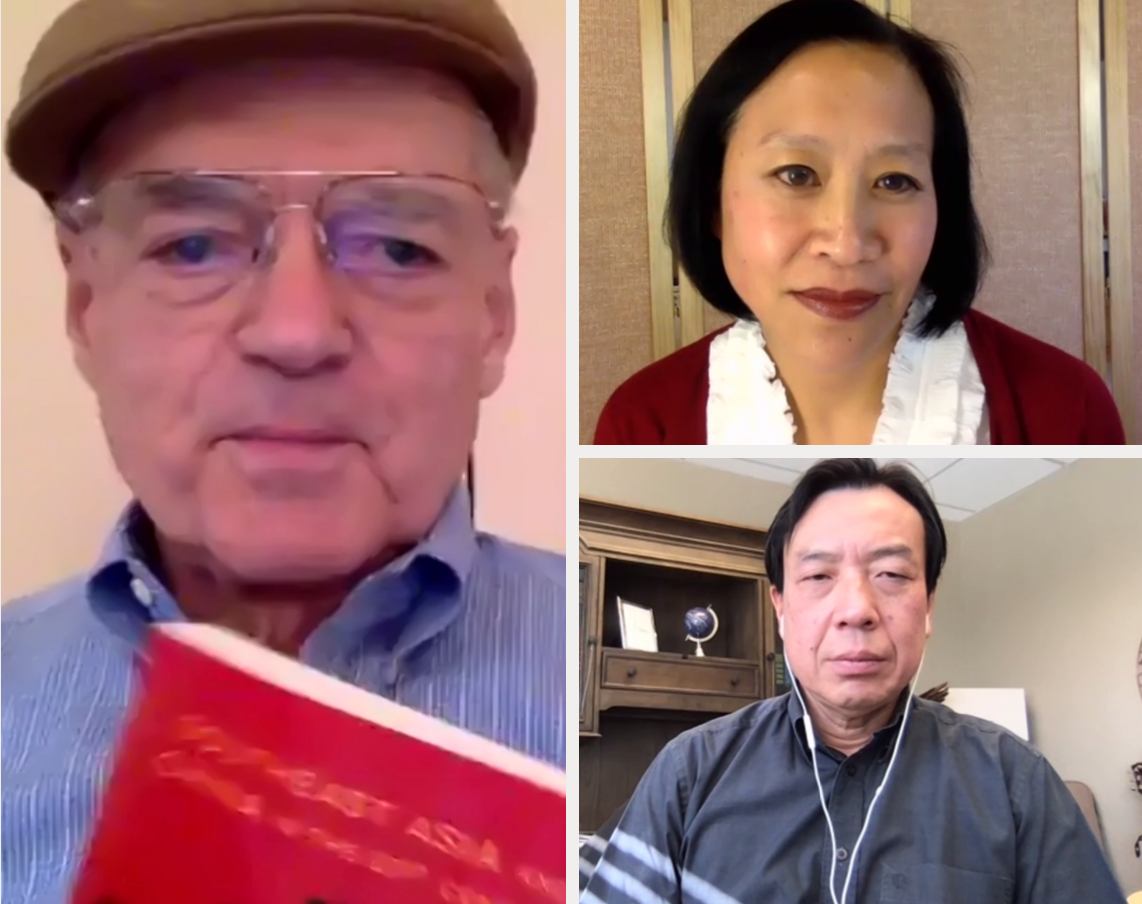 On Tuesday, November 17, 2020 Asia Society Northern California hosted an Executive Roundtable with Don Emmerson, Senior Fellow Emeritus at the Freeman Spogli Institute for International Studies at Stanford University, who discussed his new book The Deer and the Dragon: Southeast Asia and China in the 21st Century.  Tan See Seng, Professor of International Relations at RSIS and co-author of the book also spoke. The book addresses the overarching question: will the nations of Southeast Asia maintain their strategic autonomy, or are they destined to become a subservient periphery of China. The conversation was moderated by Alice D. Ba, Professor of Political Science and International Relations at the University of Delaware.

At Stanford, in addition to his work for the Southeast Asia Program and his affiliations with CDDRL and the Abbasi Program in Islamic Studies, Donald Emmerson has taught courses on Southeast Asia in East Asian Studies, International Policy Studies, and Political Science. He is active as an analyst of current policy issues involving Asia. In 2010 the National Bureau of Asian Research and the Woodrow Wilson International Center for Scholars awarded him a two-year Research Associateship given to “top scholars from across the United States” who “have successfully bridged the gap between the academy and policy.”

Emmerson’s research interests include Southeast Asia-China-US relations, the South China Sea, and the future of ASEAN. His publications, authored or edited, span more than a dozen books and monographs and some 200 articles, chapters, and shorter pieces.  Recent writings include The Deer and the Dragon: Southeast Asia and China in the 21st Century (ed., 2020); “‘No Sole Control’ in the South China Sea,” in Asia Policy  (2019); ASEAN @ 50, Southeast Asia @ Risk: What Should Be Done? (ed., 2018); “Singapore and Goliath?,” in Journal of Democracy (2018); “Mapping ASEAN’s Futures,” in Contemporary Southeast Asia (2017); and “ASEAN Between China and America: Is It Time to Try Horsing the Cow?,” in Trans-Regional and –National Studies of Southeast Asia (2017).

Tan See Seng is Professor of International Relations at S. Rajaratnam School of International Studies (RSIS). He is an elected member of the NTU Advisory Board. He previously served in the NTU Senate. He was selected by Arizona State University’s School of Politics and Global Studies (SPGS) as its 2018 Distinguished Alum. Prof Tan received the RSIS Best Teacher Award in 2016. An author/editor of 17 books and monographs, he has published over 80 scholarly articles and book chapters. His latest books include The Responsibility to Provide in Southeast Asia: Towards an Ethical Explanation (Bristol University Press, 2019) and The Legal Authority of ASEAN as a Security Institution (Cambridge University Press, 2019). Prof Tan is a regular consultant for international organisations and national governments including that of Singapore, and has held visiting appointments and fellowships at various universities and research institutes. He previously served as Deputy Director and Head of Research of the RSIS Institute of Defence and Strategic Studies and as Head of the RSIS Centre for Multilateralism Studies. He holds a PhD from Arizona State University and MA and BA Honours (First) degrees from the University of Manitoba.

Alice D. Ba, PhD joined the University of Delaware in 2000. Her research considers the international relations of Southeast Asia with a special focus on ASEAN, regional cooperative regimes, and Southeast Asia’s major power relations (especially China and the United States).  Current and ongoing projects consider the institutional dimensions of regional order (especially the roles played by ASEAN and China); security/safety regime frameworks in the Malacca Strait; and approaches to great power and conflict management in Southeast Asia.  The author of (Re)Negotiating East and Southeast Asia:  Region, Regionalism, and the Association of Southeast Asian Nations (Stanford 2009), she serves on several editorial boards, is a research associate of the ASEAN Studies Center at American University in Washington, DC, and has received US Fulbright awards for work in Beijing and Singapore.  Professor Ba teaches courses on Southeast Asia's world relations and development, Chinese foreign policy, and comparative regionalisms. She also served as Director of Asian Studies at the University of Delaware from 2009-2014.