The Transpacific Experiment: How China and California Collaborate and Compete for Our Future | Asia Society Skip to main content

The Transpacific Experiment: How China and California Collaborate and Compete for Our Future

A Conversation between Matt Sheehan and Rui Ma 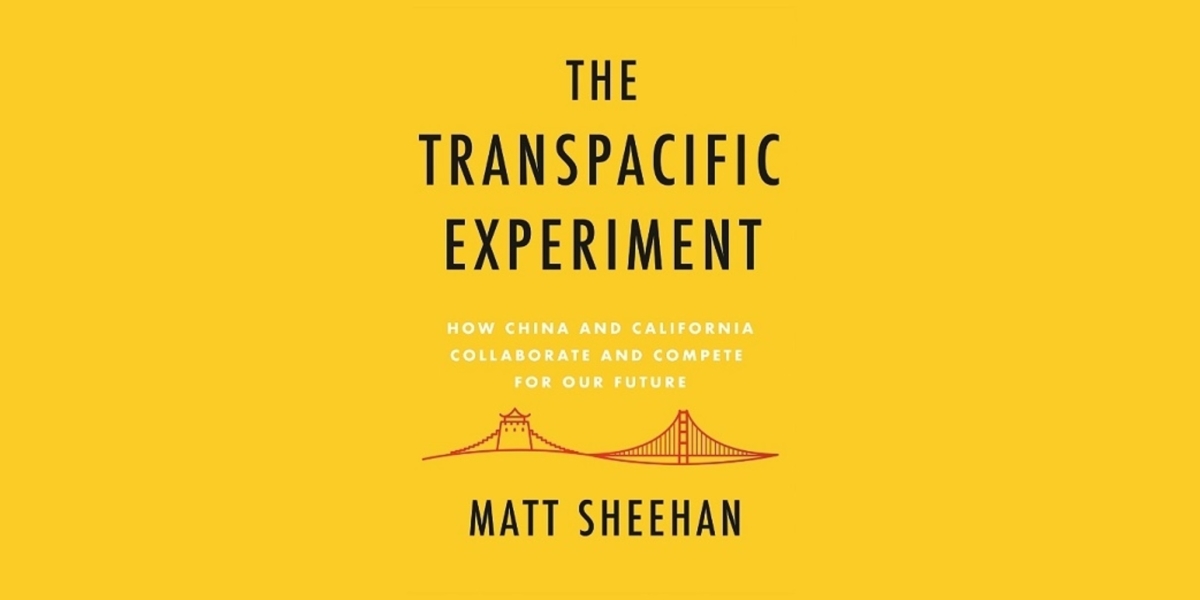 Tensions between the world’s superpowers are mounting in Washington, D.C. and Beijing. But between these hubs of high-level politics, an entirely new reality is emerging. The People’s Republic of China and the state of California have built deep and interdependent socioeconomic exchanges that reverberate across the globe, and these interactions make California a microcosm of the most important international relationship of the twenty-first century.

In The Transpacific Experiment, journalist Matt Sheehan chronicles the real people who are making these connections. He follows a celebrated Chinese AI researcher who leaves Google to challenge his former employer from behind the Great Firewall. Sheehan joins a tour bus of wealthy Chinese families shopping for homes in the Bay Area, revealing disgruntled neighbors and raising important questions about California’s own prejudices and perceptions of immigration and the American Dream. Join Asia Society Northern California for a conversation between author Matt Sheehan and Rui Ma, formerly of 500 Startups, for a series of stories about Chinese companies, families and people from his book.

Matt Sheehan served as the first China correspondent for The WorldPost, and is currently a non-resident fellow at The Paulson Institute, where he researches the growing ties between the two places he has called home: California and China. Matt grew up in the San Francisco Bay Area and spent over five years living in mainland China. His writing has been published in Vice News, Foreign Policy, and The Atlantic. He is based in Oakland, California.

Rui Ma has over fifteen years of experience in technology and finance, spanning seed stage to pre-IPO investing. She is a former Investment Partner, head of Greater China at 500 Startups, a global seed fund and startup accelerator. Prior to 500, she worked for nearly a decade in private equity and mergers & acquisitions roles at the Raine Group, Morgan Stanley and Merrill Lynch in both Silicon Valley and China. She is also an angel investor and advisor to several startups and funds, including UNICEF Innovation Fund and Asia-based Zeroth AI Accelerator, and has taught as adjunct faculty at National Science Foundation’s Innovation-Corps program.

Books will be available for sale on-site from Books Inc for $30.00 each plus tax (cash, check, or credit).