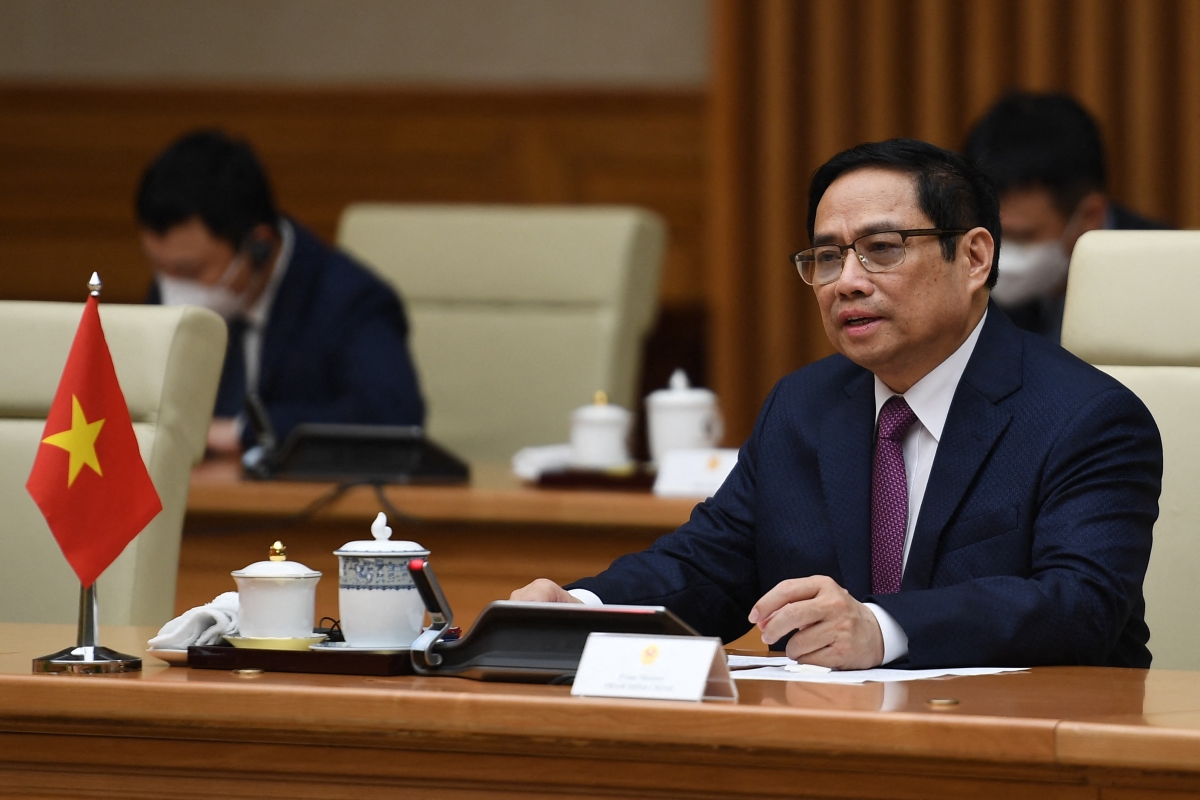 On Tuesday, May 17, 2022 from 10:45 a.m. - 11:45 a.m. Pacific Asia Society Northern California will host an in-person, private reception and discussion in San Francisco with Prime Minister of Vietnam Pham Minh Chinh.

This is a private off-the-record event with limited seats and priority will be given to Groundbreaker and Innovator Members. If you are a member and would like to join us, please email Rahul Devaskar, Director of Partnerships & Memberships, at rdevaskar@asiasociety.org

To gain access to all of our special events, learn more about our Groundbreaker and Innovator Memberships: https://asiasociety.org/northern-california/join-our-community

Venue address will be provided upon RSVP confirmation.

Tea, coffee, and hors d'oeuvres will be served.

Rahul Devaskar, Director of Partnerships & Memberships (rdevaskar@asiasociety.org) will send an email with venue details once registration is confirmed. All attendees must show proof of vaccination with ID upon entry and have masks.

THANK YOU TO OUR PARTNER CHEVRON

For event details visit https://asiasociety.org/northern-california/events/prime-minister-vietnam-pham-minh-chinh-speaks-asia-society-northern Address will be confirmed upon RSVP confirmation