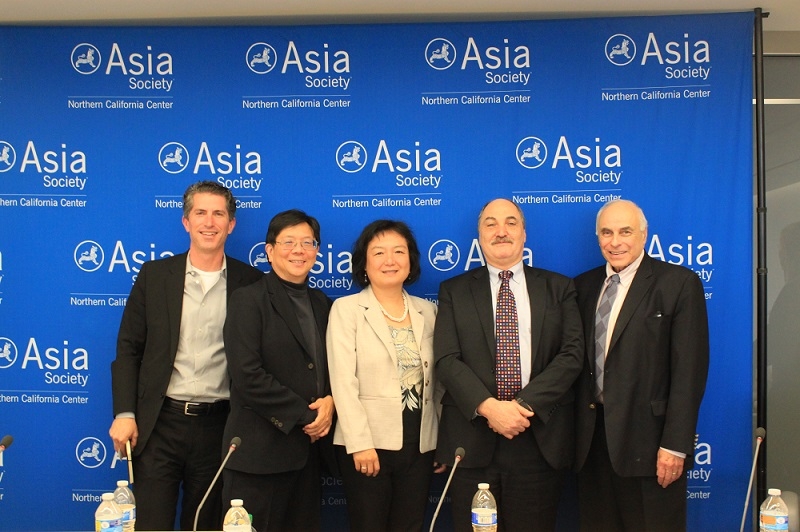 ASNC hosted five cybersecurity experts on May 19 to discuss the fraught state of affairs in U.S.-China relations in cybersecurity. Focusing on such issues as economic espionage, differing norms, and potential grounds for common understandings in cyberspace between China and the U.S., Jing De Jong-Chen, Senior Director at Microsoft, Inc.; James Andrew Lewis, Director and Senior Fellow at the Center for Strategic and International Studies; Herb Lin, Senior Research Scholar for Cyber Policy and Security at Stanford University; and Michael Nacht, Professor of Public Policy at U.C. Berkeley gave in-depth analyses of this terrain that often generates hostility, mistrust and suspicion on both sides. Jesse Goldhammer, Associate Dean at the School of Information, U.C. Berkeley, moderated the event.

Panel members were frank in discussing the low level of trust between both nations on cybersecurity matters. As Lewis pointed out, the line between economic espionage and political/military espionage in cyberspace is more blurry for China for whom building national champions equates to nation building and, thus, implicates national security. For the U.S., however, the line is clear: unlike political and military cyber espionage, which counts as more “acceptable behavior,” economic exfiltration in cyberspace is an egregious breach of norms. In addition, for the Chinese leadership, acceptable codes of conduct in cyberspace ultimately depends on whether they threaten or strengthen CCP power. Jong-Chen emphasized the negative sea change in Chinese attitudes towards U.S. technology products after the Snowden leaks; and each of the experts, in various ways, articulated that the situation is largely marked by mutual distrust and unease.

Prior to the panel discussion, ASNC conducted a brief interview with each of the speakers, who discussed areas of shared challenges and common interests between the U.S. and China in cyberspace. Watch the interviews below: