Computer Software Piracy in China Comes under Scrutiny of Bejing 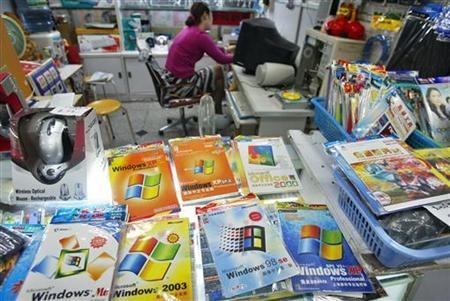 One of the growing issues in the ever-developing saga of tensions between the United States and China is the topic of pirated software. It is well-known that illegally copied software is rampant in China, being used by members of every echelon in society including government officials. The extent of this trend is best elucidated by the data showing that despite being the 2nd largest consumer of computer hardware, China is only the world’s 8th largest consumer of software with a hardware to software spending ratio more than double that of India and nearly 10 times that of the United States.[1]

American businesses and politicians have long cried foul in regards to this imbalance, claiming that the lost revenue due to pirating has helped the Chinese-American trade deficit balloon to more than to more $227 billion in 2009.[2] Beijing is now starting to take heed, however, and in November 2010 embarked on a new campaign to crackdown on unauthorized software. This commitment by the Chinese government has been re-emphasized during Chinese Presdient Hu Jintao’s first official visit to Washington this week, a sign of greater cooperation between the now two largest economies in the world. New regulations are set to be made to ensure the legality of all copies of computer software used in government offices and more than 650,000 law enforcement officials have been dispatched around the vast country to examine producers and sellers of media. In its most public display of this renewed effort, the Chinese anti-piracy officials held public burnings of pirated media in various locations around the country last week, including the burning of 5.2 million pirated books.[3]
Though it is widely-believed that greater policing of pirated software in China will lead to greater profits for American software companies, there are some that contend that it is better to embrace the trend as a lost cause. Bill Gates stated in a 2007 interview that embracing piracy of their Windows operating system in China was actually one of their best business moves in the region, allowing them to better compete with open-source operating systems like Linux.[4]The conventional wisdom is that Chinese consumers, now accustomed to easily-attainable pirated software, will continue to seek out free or cheap versions of programs despite Beijing’s efforts otherwise. However, given the astounding speed with which the Chinese economy, and in turn a middle-class with greater amounts of disposable income, is growing, it remains to be seen if Beijing’s efforts may actually end up swaying many to change their habits of consumption.