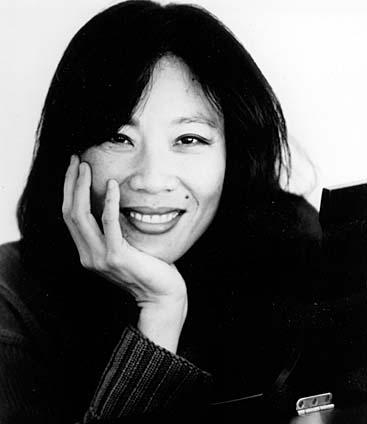 Panel description: History may record 2018 as the year Asian American and Asian talent went mainstream in Hollywood. The outsized success of Crazy Rich Asians has opened doors like never before—not just for Asian actors, but for Asian directors, producers, and other offscreen talent. Producer Janet Yang, who helped usher in this era with The Joy Luck Club, will host a conversation that explores the profound change in landscape and what it portends for Asians in independent and studio films.

Justin Chon is an actor, writer and director, who grew up in Orange County, California, where he learned to drag race Honda Civics. Ms. Purple is his second film at the Sundance Film Festival. His previous feature, Gook, won the NEXT Audience Award in 2017, and Chon also won the Kiehl's Someone to Watch Award at the 2018 Film Independent Spirit Awards. He loves long walks on the beach and reading romance novels by candlelight.

Anita Gou is a film and multimedia producer who founded Kindred Spirit, which curates high-quality content in film, television and emerging media. In addition to her two 2019 Sundance Film Festival entries, The Farewell and Honey Boy, she produced and financed Sam Levinson’s Assassination Nation, which was the biggest sale of the 2018 Festival. Other credits include Netflix’s To the Bone, the feature documentary The Last Animals and the augmented-reality project Terminal 3. As a producer at Taiwan’s Central Motion Picture Corp., Gou helped oversee Hou Hsiao Hsien’s The Assassin, Martin Scorsese’s Silence and a number of Taiwanese box-office hits. She grew up between Los Angeles, Hong Kong, Taiwan, Beijing and New York, and has sought to incorporate a global perspective into her projects. Gou earned a Bachelor’s degree in Film Production and Anthropology from New York University’s Tisch School of the Arts.

Richie Mehta is the creator of Delhi Crime Story, a drama based on the investigations of Delhi’s most notorious rape cases. He wrote and directed all seven episodes of the series, which was produced by Golden Karavan and Ivanhoe Pictures. Mehta's first feature, Amal (2007), premiered at the Toronto International Film Festival, won 30 international awards and was nominated for six Canadian Screen Awards, including best picture, best director, and best adapted screenplay. He wrote and directed I'll Follow You Down (2013), a science-fiction/drama starring Gillian Anderson, and Siddharth (2013), which was shortlisted for the Golden Globes’ best foreign-language film. Mehta then directed the feature documentary India in a Day, on which Ridley Scott served as executive producer. He hails from Mississauga, Ontario, and graduated from the University of Toronto.

Lulu Wang is a classical pianist turned filmmaker. She wrote and directed The Farewell, her second feature film, and is listed by Variety among Ten Directors To Watch in 2019. Her first film, Posthumous, starring Jack Huston and Brit Marling, was released in 2014. That year, Wang received the Chaz and Roger Ebert Directing Fellowship, which was awarded at the Film Independent Spirit Awards. She was also selected as a 2014 Film Independent Project Involve Directing Fellow and, in 2017, a Fellow in the Sundance Institute’s FilmTwo Initiative, a program to support second-time feature filmmakers. Wang was born in Beijing, raised in Miami and educated in Boston.

Moderator Janet Yang is a Golden Globe-and Emmy-winning and Oscar-nominated producer with deep professional and personal roots in China. She is currently in production on an animated feature for Netflix, Over the Moon, a contemporary story inspired by the Chinese moon goddess. Yang’s many film and TV credits include The Joy Luck Club, The People vs. Larry Flynt, Dark Matter, and Shanghai Calling. Yang won a Golden Globe and Emmy for her HBO film, Indictment: The McMartin Trial. She began her career by bringing Chinese cinema to North America and then represented Hollywood studios to broker the first sale of U.S. films to China. That led to her joining Steven Spielberg for Empire of the Sun. The Hollywood Reporter named Yang one of the “50 Most Powerful Women in Hollywood.” She is a member of the Academy of Motion Picture Arts and Sciences, serving on the Executive Committee of its Producers Branch, as well as committees on International Outreach, Diversity and the Academy Museum; the Committee of 100; National Committee on U.S.-China Relations; and is a Senior Advisor and Board Member Emeritus of Asia Society Southern California.

Thank you to Southwest Airlines for providing air travel for Asia Society staff!