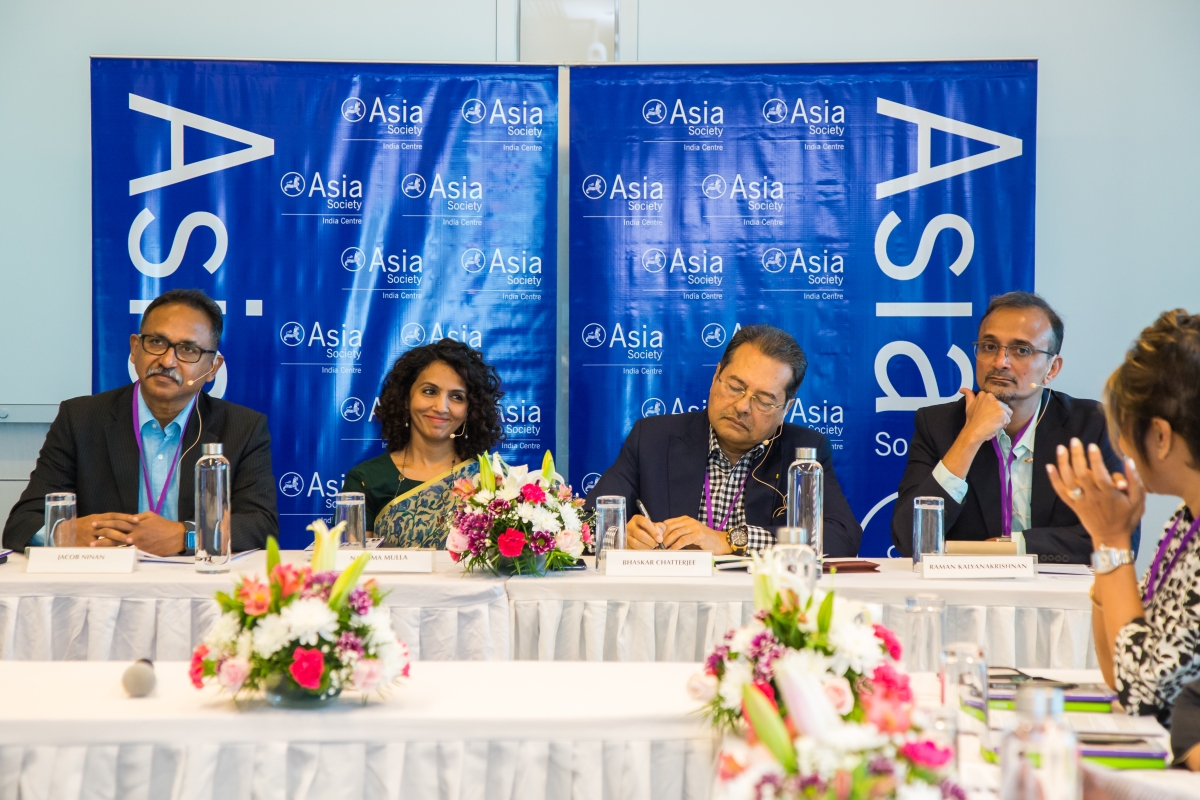 Dr Chatterjee commenced the session with a brief overview of the Companies Act of 2013, its design and its implementation which eventually led to the introduction of India’s unique CSR laws. The act presented the corporate sector with the opportunity of actively participating in India’s development journey. Mr Ninan of Axis Bank Foundation shared his experience in the CSR sector and the latest talent acquisition trends where many leading universities are now training young professionals to be leaders in the field. He stressed on the importance of collaborations between NGOs, communities and the government in order to achieve impactful results with on-ground projects. When asked to elaborate about collaborations in the sector, Ms Mulla spoke about her journey with EdelGive Foundation and how as a young organisation, EdelGive strived to implement its plans on a project-to-project basis while trying to share their own learnings with other small to medium organisations and connecting “good finance with good plans”. On the work done by Tata Trusts, Mr Kalyanakrishnan spoke about the significance of prioritising community understanding, working with a wide variety of NGO partners and efficiently collaborating with the government when working on programmes.

Dr Chatterjee further spoke about some of the new measures adopted by the government in the CSR sector which would focus on improving measurable impact created by projects. These would include introducing an ISO standard for CSR with a 1 to 5 star rating framework for corporations, strengthening compliance by sending notices to nonperforming corporations, encouraging meaningful project ideation by undertaking wide-scale research, and reinforcing better monitoring and evaluation methodologies. Sharing her own experience of setting up monitoring and evaluation systems, Ms Mulla spoke about the advantages of joint monitoring by funders along with open communication between all actors involved in the given project. Collective reviews, equal participation and enabling an environment where hurdles are openly addressed helps in project evaluation as it creates joint accountability for everyone involved — NGO partners, funders, and the government. Mr Ninan concluded the discussion by sharing his learnings at the Axis Bank Foundation which included capacity building, community ownership of projects, and building strong partnerships.