Cultural Diplomacy & Chiragh - A Light in the Dark 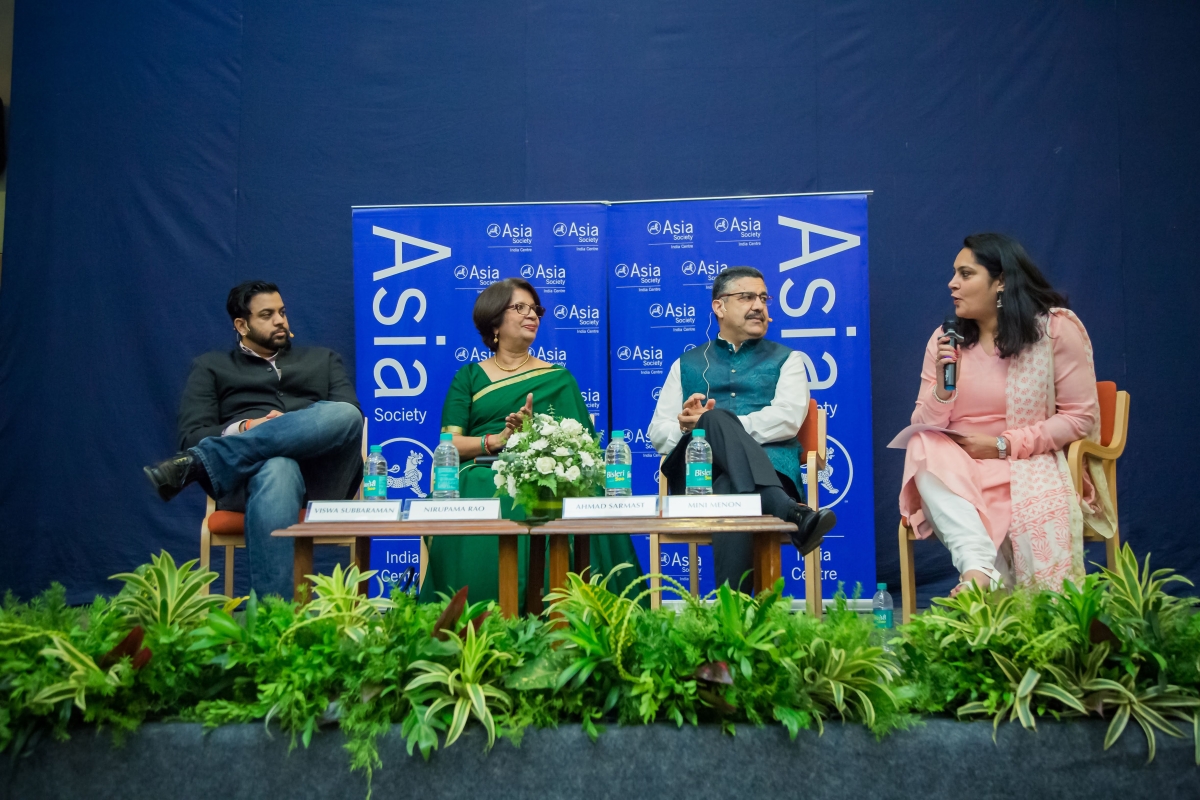 A passionate music lover, Ms. Rao spoke of it as a universal language that appeals not only to one’s intellect, but emotions as well. After an acclaimed career that spanded four decades in the foreign services, Ms. Rao found the need for a platform to promote cultural synergy among the eight countries in South Asia. This led her to set up the South Asian Symphony Foundation with her husband Former Chief Secretary in Karnataka State Government, Sudhakar Rao. She went to discuss the positive influence of cultural exchange between nations, which continues to be of vital importance to diplomatic strategy.

Ms. Menon, who moderated the conversation, spoke about the role of the arts, history and culture in shaping a nation and shaping a people. “To destroy a culture, is to destroy a nation” she said as she described Afghanistan’s cultural genocide under the Taliban, who not only systematically obliterated the country's cultural artefacts, but also banned musical performance and education between 1996-2001. She invited Dr. Sarmast to share his journey setting up the Afghanistan National Institute of Music in an effort to revive the musical tradition of his country.

A renouned ethnomusicologist, Dr. Sarmast spoke of the shared history and cultural of the nations of the subcontinent. From the arrival of the Aryans, to the spread of the Vedic tradition, to the dissemination of religion - he noted how common influences informed the region's music. Having set up the Afghanistan National Institute of Music in 2008, he was the target of a 2014 suicide attack by the Taliban, who accused Sarmast of corrupting the youth of Afghanistan. After undergoing surgery to remove 11 pieces of shrapnel from his head, he only regained partial hearing. Undeterred, Dr. Sarmast continues to operate his world-class school, and is considered the foremost expert of the history of music in Afghanistan. Speaking on the political tension between South Asian nations today, he hoped an initiative like the South Asian Symphony Orchestra would help change the global perception of South Asia as a conflict prone area.

Mr. Subbaraman spoke on the globalisation of culture, remarking “Our planet is increasingly smaller…and we no longer can afford to look at our culture as being siloed”. He explained that historically, the first people fascists tend to suppress are artists and musicians who hold a mirror up to society. He felt the way to truly unite the world is to bring people together to make music, to make art, to exchange culture and to create beauty that unifies. He pertinently went on to discuss the issue of cultural appropriation, noting that performing an Oriental repertoire in the Western canon is often questioned as appropriation today. Mr. Subbaraman explained the balance lies in how one approaches collaborations, giving legitimacy to the origin of a work of art.

The discussion was followed by a series of performances by members of the South Asian Symphony Orchestra.