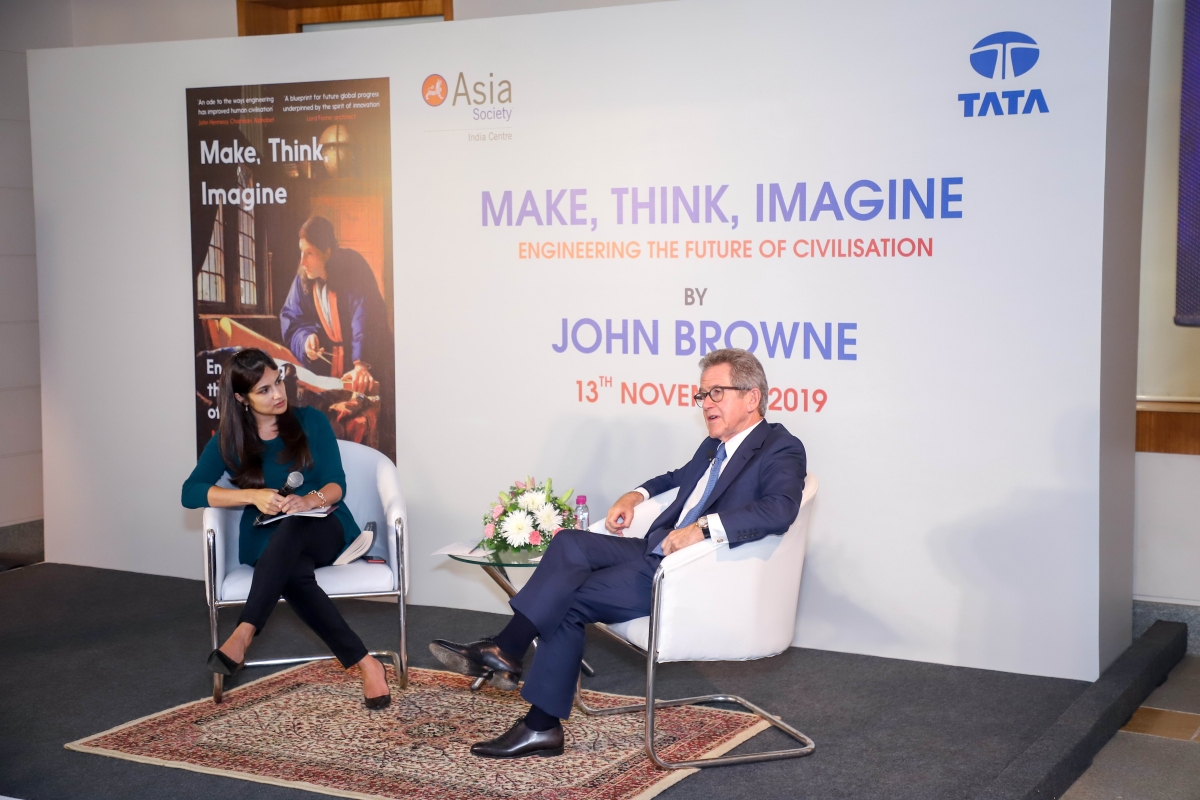 Lord Browne commenced his opening address by giving the audience a brief overview of his book which details the history of technology and the impact it has had on human civilization. He spoke at length about how he defined engineering, the global benefits and why it is ignored, its intended as well as unintended consequences and the importance of innovation. He shared his thoughts about how 'big tech' companies today influenced contemporary dialogue on the role of technology in human life and when asked about his views on their regulation, he voiced his support for regulatory policies as effective counters to monopolistic practices. Ms. Purushothaman later referred to one of Lord Browne’s past lectures, where he voiced his concerns on climate change while heading British Petroleum. When asked about the conflictual interests at play, he said that every corporation needs to be a participant in their sphere of business. When one of the earth scientists at British Petroleum informed him that the impact on the planet may be irreversible, he said that he promptly made “business-like changes, not policy-like changes”, which included tightening methane valves, investing in alternative sources of energy and setting up an internal trading system for carbon. He then added that for the industry to have a future, it needs to be proactive and constructive, rather than defensive. Progress and sustainable development are time-consuming and expensive processes, and can only be kickstarted through clear economic signals in public policy.

He also spoke about the role of technology in easing the pressure on urban infrastructure and gave his opinion on the debate around technology taking away manual jobs. This was followed by a QnA session where Lord Browne answered audience questions on reengineering tactics adopted by hackers in the current day, the Pandora’s box that is data utilization and protection, and the role of innovation as a booster-shot for a flagging economy.