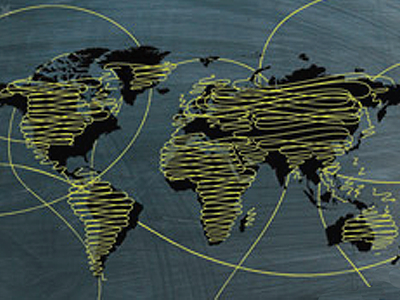 What enables some countries' education systems to succeed in the global knowledge economy? Vivien Stewart, senior advisor to Asia Society, offers advice to districts and states based on the lessons in her new book, A World-Class Education: Lessons from International Models of Excellence and Innovation (ASCD 2012). -The Editors

Hundreds of reforms are introduced into school systems around the country every year in curriculum pedagogy, governance, technology, and so on. Unfortunately, most fail to achieve the substantial improvements in student achievement that their advocates hoped for and, overall, U.S. educational performance has been flat for the past twenty years.

We now know that a number of other countries have gotten a lot better than us, accelerating educational improvement in a short time and on a large scale. Their success in improving hundreds of schools is inspiring. But what exactly has enabled them to raise their game and become global high performers? And are there lessons for U.S. schools?

My new book tells the stories of five very different systems—Australia, Canada, China (Shanghai), Finland, and Singapore. Despite differences in the details of policies and practices, as well as in the cultural contexts and political systems in these countries, there are clearly some common drivers of success.

Here are the ten big lessons from the world's top-performing and rapidly improving systems:

The leaders of countries with high-performing education systems share a palpable conviction about the centrality of education to their dreams for their society—to raise people from poverty, achieve greater equality, develop a well-functioning multi-cultural society and, certainly, create a thriving economy and a growing number of good jobs. Each of these systems has a long-term vision for how education can achieve this, which is widely shared inside and outside the education system. In Singapore, for example, the vision helped to propel their economy from third world to first; China's 2020 vision was developed with online input from millions of people and includes universal high school graduation and world-class universities; Alberta asked all its citizens to contribute to a dialog on what the educated Albertan of 2030 should look like. Finland's vision was to become a modern society and economy, free from domination by larger powers.

Major reforms are often triggered by an economic, social, or political crisis and may be led by a single strong leader. Such reform efforts can bring about significant improvement within a three- to five-year period, but substantial changes in performance or closing achievement gaps on a large scale require a longer time frame than most political cycles. Therefore high leadership turnover is a fundamental barrier to sustaining change.

Understanding this, the premier of Ontario regularly brought together all the key stakeholders—teachers, parents, business, students—to get buy in, iron out problems as they arose, and maintain sustained support for Ontario's reforms over a period of many years.

U.S. states and districts could likewise bring together a group of key stakeholders to define a vision for what the educated American should look like in 2030 and to build momentum towards this vision through political cycles and leadership turnover.

Countries that excel set ambitious, universal, and clear standards for all their students, typically at the national or state/provincial level. The fundamental problem with locally set standards is that they lead to wildly varying expectations of performance and lower achievement overall.

Countries that have historically set standards at the local or state level are therefore increasingly coming together to create common standards across all jurisdictions. In Australia, for example, states have come together for the first time to create a national curriculum. In Alberta, Canada, standards are set at the provincial level and province-wide curricula and examination systems ensure those in both rural and urban areas have consistent opportunity to pursue these standards. In the United States, the Common Core State Standards are following international best practice in establishing fewer, clearer, and higher standards in some areas, but high-performing systems have standards in all subjects to avoid narrowing the curriculum.

Leaders in every country proclaim their commitment to equity, but successful education systems focus on achieving equity in a strong and deliberate way.

Our mediocre performance on international assessments is due in part to the large percentage of students scoring at or below basic levels.

High-performing systems use a variety of approaches to minimize the impact of social background on student achievement. These include system wide policies like equitable funding, having common high expectations for all students, and ensuring high-quality teachers in every school. They also include classroom-level interventions like focused early literacy and math support and a variety of family and community supports outside of school.

These policies don't eliminate the gap between the children of parents with widely varying education levels, but they do significantly level the playing field to create a society that is open to talent from wherever it may come.

Vision, leadership, high standards, and commitment to equity are crucial starting points, but unless they affect teaching and learning in the classroom, they won't bring about significant change.

There is broad agreement among high-performing and improving countries that no matter what reform strategy they are pursuing, the quality of an education system rests on the quality of its teachers. These systems adopt policies to attract, prepare, support, reward, retain, and advance high-quality teachers.

As systems devolve more authority to schools, they need stronger leadership at the school level. School leaders focused on results are able to create the conditions that make effective teaching and learning possible. Many systems—Australia, Ontario, and Singapore among them—have created new frameworks and processes for training school leaders.

In general, high-performing systems put the energy up front in recruiting and supporting high-quality teachers rather than on the back end of reducing attrition and firing weak teachers.

Lower performing systems have large "implementation gaps" between the policies enacted at the national, state, or even district level, and what actually happens in classrooms.

There are frequent inconsistencies between, for example, the stated policy goals of higher-order skills and the lower-level tests that are used to assess them, or between the goals of schools and the conflicting orientation of the higher education system that produces teachers.

Policies are also frequently enacted without the support to schools needed to carry them out. Common Core State Standards are a good first step towards higher performance but won't become the real standards in classrooms unless curriculum, teacher preparation, professional development, and assessment are all aligned and consistent.

In many high-performing countries, consistency is achieved by curriculum or syllabus-based instructional and examination systems, around which everything is aligned. Others have traditions of regular work among teachers within or across schools to raise the quality and consistency of classroom instruction.

All systems struggle with the balance between top-down managerial prescription and bottom-up professional judgment. In recent years some systems, like Singapore and Finland, have devolved more responsibility to the school level as the quality of their teachers and school leaders has become stronger and to encourage innovation. However, other systems where performance has been weak or uneven have used more centralized mechanisms to promote more consistent performance.

There is a lot of variation in the design of management and accountability systems. Overreliance on simple student outcome tests for accountability is not effective in moving systems to high performance, but nor is uniformed professional judgment.

8. Effective Use of Resources

Expenditure is an area where more research is needed but it appears that high-performing systems spend money differently. For example, they don't spend as much of their budget on buildings, sports, administrative positions, or separate special education functions. They also tend to make different trade offs between class size and time for teachers to devote to professional development.

Most fundamentally, high-performing systems have relatively equal expenditures across schools, as well as mechanisms to target more resources at the students who need them most.

9. Student Motivation and Engagement
Every country has students with varying degrees of motivation, but the intensity of focus and time on task of students in high-performing systems is striking.

High-performing systems motivate their students to study hard through both intrinsic and external incentives.

In Asian systems, the intense belief that effort, not ability, is the prime determinant of success, combined with the high value placed on education by families as a route to social mobility, plus the examination system, create powerful motivation.

Students in Finnish classrooms are also intently engaged, but by a different means. Finnish education is rooted in ideas of discovery and self-directed learning. Teachers are extremely well-trained in this type of education.

In Ontario, the focus is on individualization. The system employs student success officers, who work individually with at-risk students to create multiple pathways to graduation.

Recognizing the increasingly interconnected and digital world into which we are moving, high-performing systems are going global.

These systems are developing a global and future orientation among their teachers, school leaders, and students. They are modernizing curriculum to deal with the imperatives of the 21st century and forming international school partnerships to prepare students to function as workers and citizens in a globalized world, and not just their own local communities. They also emphasize international benchmarking, constantly looking around the world for international best practices, and using benchmarking as a tool for improving their system.

All countries face challenges in adapting their education systems to the vast transformations taking place around the world. No nation has a monopoly on excellence.

None of these lessons is rocket science and many of these elements can indeed be found in districts and states around the United States, but rarely all of them together. Many of the high-performing countries have, in fact, studied the peaks of American research and innovation and then adapted them, often more systematically, to their own systems.

Ours is a very resourceful country. If we combine our own assets with the world's best practices, we could indeed develop a world-class education system for our children and grandchildren.