Our Picks From Around Asia: Syria's Future, Oxycontin's Spread, and the Life of a Chinese Linguistics Giant | Asia Society Skip to main content

Our Picks From Around Asia: Syria's Future, Oxycontin's Spread, and the Life of a Chinese Linguistics Giant 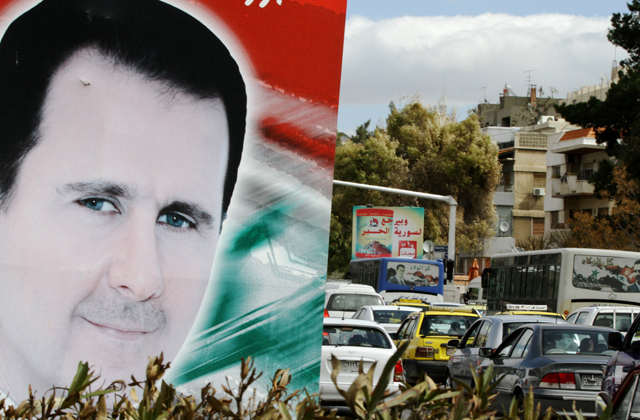 A photo taken on March 4, 2015 shows a banner bearing a portrait of Syrian President Bashar al-Assad in a street in the city of Damascus. (Louai Beshara/AFP/Getty Images)

Each week, we ask members of the Asia Society family to submit their favorite pieces of Asia-related content from around the web. Today, we look at what's next in Syria, Oxycontin's global expansion, and the life of a linguistic giant in China.

As Syria’s civil war appears to be winding to a close, Bashar al-Assad appears likely to remain in power. But in this perceptive piece for The Intercept, Murtaza Hussein argues that returning Syria to the status quo ante is simply not possible, even if the regime is able to regain territory currently held by the Islamic State and other groups. Hussein argues that the country has never recovered from a brutal crackdown of a 1982 anti-government uprising that killed over 10,000 people in the city of Homs. Go »

As the death toll from prescription painkillers mounts in the U.S., coupled with the FDA commissioner’s statement that “the failure to recognize the dangers of painkillers (is) one of the biggest mistakes in modern medicine’, Purdue Pharmaceuticals is feeling the heat of regulation and scrutiny. In its effort to maintain profits (with revenues of $35 billion from Oxycontin alone), Purdue is casting its eye on the rest of the world — particularly Asia. Go »

What the World's 8 Richest Tells Us About Asia's Poorest Workers

Here is a sobering statistic: Just eight billionaires have as much wealth as the 3.6 billion people who comprise the poorest half of humanity. And it’s easy to see how this happened: A typical CEO earns as much in a year as 10,000 people working in garment factories in Bangladesh. But there’s a silver lining: Of those eight billionaires, five (Michael Bloomberg, Warren Buffett, Larry Ellison, Bill Gates, and Mark Zuckerberg) have signed The Giving Pledge. Better publicizing this fact might help many of the world's wealthiest people follow their example. Go »

You may not know the name Zhou Youguang. But if you’ve ever written Chinese characters on a computer or phone, or gazed at a street sign anywhere in China, you’re aware of his legacy. In 1955, Chairman Mao appointed Zhou to develop an alphabetic script that could make China’s notoriously complex characters more accessible. In the process, he helped improve China’s literacy rate, and, as Asia Society’s Jeff Wang tells me, may have even preserved Chinese characters themselves. Go »