Our Picks From Around Asia: Impeachment in South Korea, Politicizing Education in China, and Heavy Metal in Myanmar | Asia Society Skip to main content

Our Picks From Around Asia: Impeachment in South Korea, Politicizing Education in China, and Heavy Metal in Myanmar 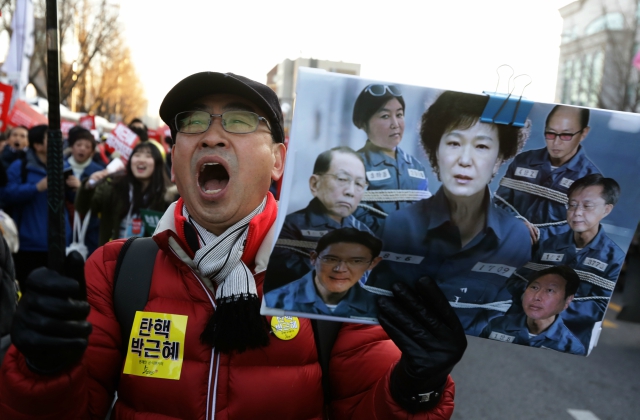 Each week, we ask members of the Asia Society family to submit their favorite pieces of Asia-related content from around the web. Today, we consider the implications of South Korea's presidential impeachment, examine how Chinese universities are becoming increasingly politicized, and check out the burgeoning heavy metal scene in Myanmar.

An Open Letter to Donald Trump on the One-China Policy

In a recent interview, President-elect Donald Trumpsuggested that he is willing to reconsider the One-China policy, the bedrock of the U.S.-China relationship since the late 1970s. In an open-letter to Trump published by the Brookings Institute, Richard Bush explores why, on both practical and moral grounds, Taiwan should not be used as a bargaining chip in U.S.-China relations. Go »

With His Band, Invocation, Guitarist Rez Abbasi Puts an Indian Spin on Jazz

Pakistani-born and California-raised, jazz guitaristRez Abbasi brings Carnatic music, the centuries-old classical music tradition of South India, to a whole new level. This profile in the Village Voice explores how Abbasi’s fusion of traditional and modern jazz has become so popular. Go »

Last Friday, the Korean National Assembly overwhelmingly voted to impeach President Park Geun-hye for abuse of power and other misdeeds, concluding a period of mass protest unseen in South Korea since the 1980s. This article examines what comes next both within South Korea and in terms of the country’s relationships with its neighbors. Go »

— Mimi Zou, Assistant Director of the Centre for Rights and Justice at the Chinese University of Hong Kong, and Asia 21 Young Leader

China’s president recently spoke at a two-day meeting on ideological and political work in higher education, a gathering that was also attended by several top government officials. Analysts say this may signal the start of a large-scale crackdown on perceived infiltration of foreign ideas in universities and a wider retreat from the embrace of foreign ideas that’s marked China’s reform period. Go »

Heavy metal has become surprisingly popular in Myanmar, a conservative Buddhist society beginning to open up after decades of isolation. Many subjects common in metal music — like sex, religion, and death — remain taboo. But the genre has become a vehicle through which young Burmese express their thoughts about the country’s political situation. Go »

Within the next decade, China plans to become a leading producer of high-tech goods and drastically reduce its dependence on foreign components through indigenous innovation. This in-depth report analyzing the “Made in China 2025” plan examines the policies and their effects, evaluates which countries will be most affected (South Korea and Germany top the list), and gives recommendations on how the world can react to China’s plans. Go »

For six of the eight years between 2008 to 2015, the growth of world import volume was lower than that of world GDP. Some have blamed a drop in Chinese imports, but this post argues that the still-slugging economies in the developed world are actually more responsible. This post may be an oversimplification, but contains a lot of interesting facts and data. Go »