Our Picks From Around Asia: Philippine Drug Wars, Manhood in Cambodia, and More | Asia Society Skip to main content

Our Picks From Around Asia: Philippine Drug Wars, Manhood in Cambodia, and More 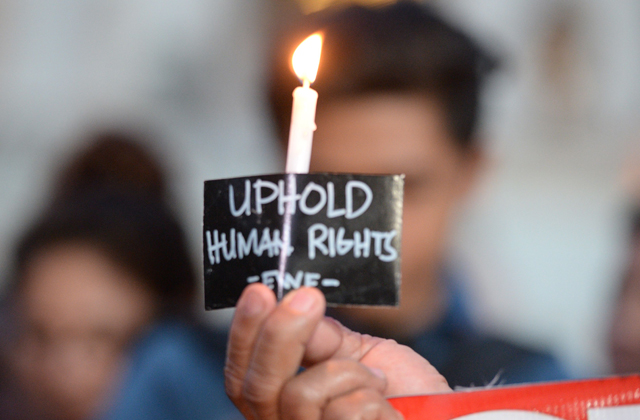 Activists hold a candle light vigil for victims of the extra judicial killings in the drug war of the government in front of a church in Manila on September 16, 2016. (Ted Aljibe/AFP/Getty Images)

Each week, we ask members of the Asia Society family to submit their favorite pieces of Asia-related content from around the web. Today, we go to India to check out how much one vote matters, assess the new flashpoint in China-Taiwan relations, and consider the deadly drug war in the Philippines.

How much does one vote matter? This Radiolab podcast came out a month ago, but it addresses a question still on the minds of many — and takes us to India (twice) in search of answers. First, we venture deep into a forest to find a polling station that exists only to accept the vote of a single man, and then we examine a dramatic local election decided by just one vote … with some of the most critical ballots being cast by the candidates’ spouses. Go »

In the wake of President-elect Donald Trump’s phone call with Taiwanese President Tsai Ing-wen, a gesture that broke from 37 years of established diplomatic practice, some Americans have responded with outrage while others have shrugged. In this piece from Foreign Policy, James Palmer argues that carefully crafted and tirelessly adhered to protocols, though tedious and burdensome, are crucial for maintaining good relations. They are even more important for a China looking to manage nationalist sentiments among its citizenry. Go »

Beer, Sex, Violence, and the Rough Road to Manhood in Cambodia

Cambodia’s population is one of the youngest in the world and, as the country experiences growth, its youth is undergoing great changes — and not always good ones. This piece by Ben Pavior explores how Cambodia’s younger generation is helping shift social norms in the country. Go »

Life in North Korea is fraught with danger and extremely isolating and yet, according to defectors, North Koreans are a cheerful people who are entirely capable of individual thought. In a recent video by the Youtube channel Asian Boss, two North Korean defectors share their experience and shed light on the human aspect of life under the Kim regime. Watch the video below:

A Credit Rating for Everything

In China, several pilot programs are testing the idea of a "social credit rating,” a score assigned to each citizen compiled from financial data, social behavior such as filial piety, and online postings. This report from the Wall Street Journal shows how the score could affect access to loans, education, international travel, and other parts of life. Go »

They Are Slaughtering Us Like Animals: Inside President Rodrigo Duterte’s Brutal Antidrug Campaign in the Philippines

The photojournalist Daniel Berehulak documented 57 homicide victims over 35 days in the Philippines, where extrajudicial killings have skyrocketed since the election of Rodrigo Duterte as president. Filipinos in both the United States and the Philippines have reacted to these changes under Duterte with a mixture of jubilation and fear, providing a parallel with the sentiment many Americans feel toward President-elect Donald Trump. This visual documentation of Duterte’s reign is incredibly compelling. However, it also triggers negative attention about a country that doesn’t receive much international media coverage in general. Go »

Indonesia is the world's fourth-largest country, an archipelago known for modern metropolises like Jakarta. But the population also includes tribes who still live as they have for the past 2,000 years. In this feature story illustrated by striking photographs, Jon Emont and Sergey Ponomarev profile the efforts of the Mentawai Tribe in resisting the lure of modernization — a process that has sowed internal division. Go »