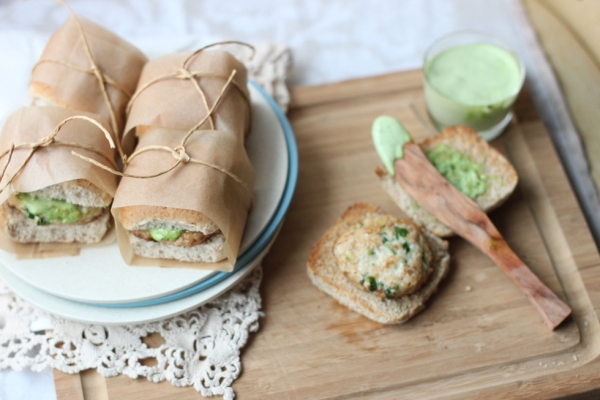 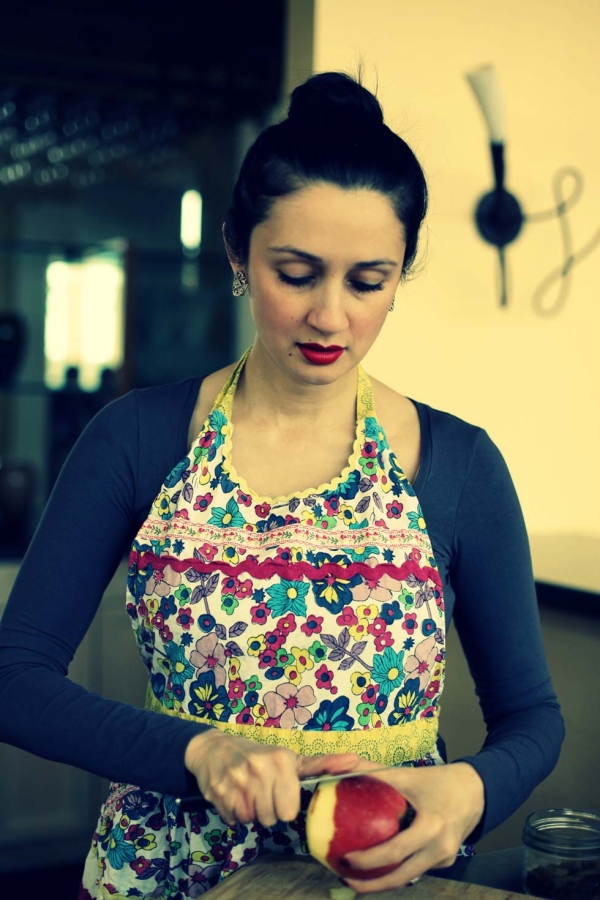 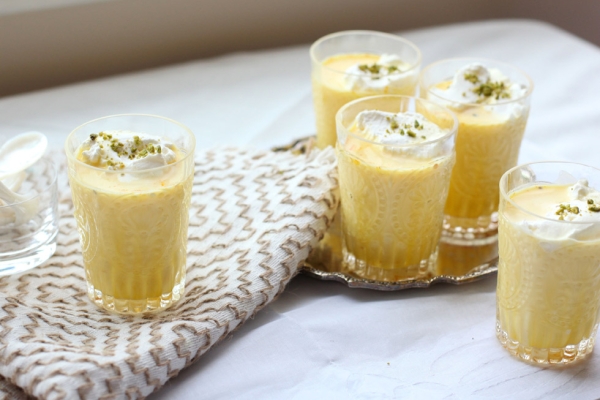 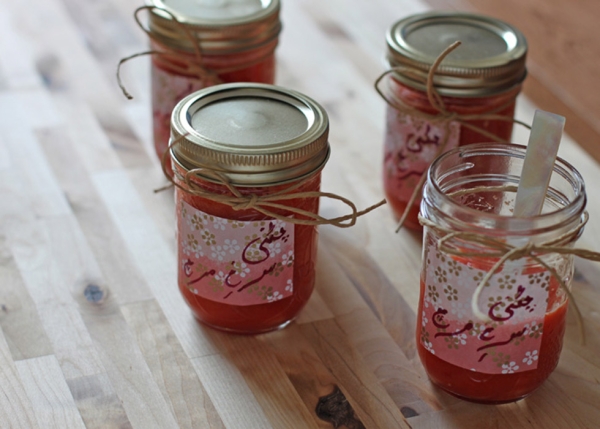 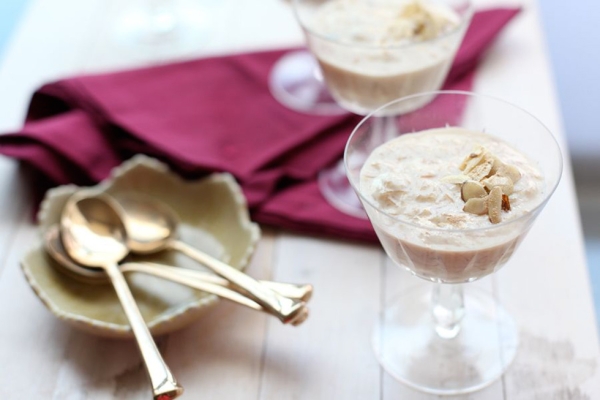 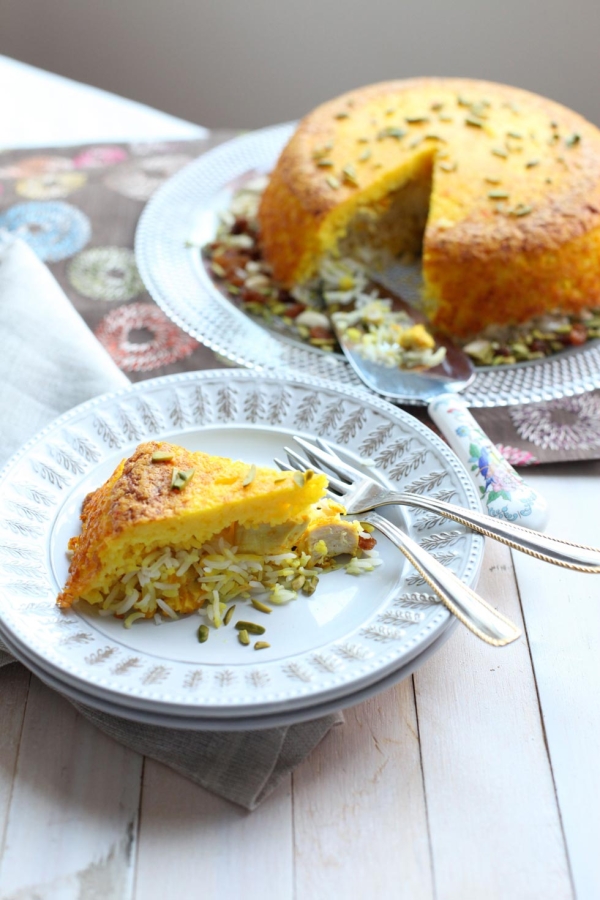 Shayma Saadat is the founder and author of the award-winning food memoir blog The Spice Spoon, which was ranked among the 50 best food sites globally by Great Britain's newspaper The Independent in 2011. Inspired by Saadat's Pakistani, Afghan and Iranian ancestry, The Spice Spoon focuses on heritage cooking and the rich and diverse cuisine of this region. With each recipe, Saadat relates one of her childhood memories, inviting the reader to reminisce with her about the more carefree days of youth.

Food writing may seem an unlikely calling for a Cambridge-trained economist, but Saadat has always been interested in cooking, experimenting in the kitchen since the age of nine. Four years ago she moved to Toronto, Canada, after marriage but felt deeply isolated and alone in her new city. Her husband frequently worked late, and with no close family nearby, she missed home terribly.

To bring home to Toronto, Saadat turned to food and her passion for cooking. She began collecting recipes from the women in her family and recreating the dishes of her youth. Her mother, aunts and grandmothers were intuitive cooks who traditionally passed down recipes orally, so Saadat decided to preserve them digitally, and thus The Spice Spoon was born.

Saadat's graceful prose and stunning photography evoke a different image of a region often associated with violence and political turmoil. As she explains on her blog, "I would like to hope that my stories provide readers with a much-needed antidote of humanity and romanticism about my peoples and cultures."

Currently, Saadat works as a Senior Policy Advisor at the Ministry of Energy in Canada. Her recipes and photography have been featured in the BBC's Good Food Magazine, Edible Toronto and the Food52 Cookbook, and earlier this year she spoke at TEDxWaterloo.

Over email, Saadat discussed her inspiration behind The Spice Spoon, why she'd like Edward Said over for dinner, and how good food transcends borders.

What is the inspiration behind The Spice Spoon?

The British-Pakistani novelist Nadeem Aslam said, "I was made in Pakistan, but assembled abroad." As the daughter of an expatriate, I led a nomadic life, periodically moving from one country to another. I was born in Lahore, Pakistan and grew up in Pakistan, the U.S., Nigeria, Kenya, Bangladesh, the U.K. and later moved to Rome, Italy to work for the United Nations. After marriage, my husband and I made Toronto our new home, where we currently live with our baby boy.

During my initial days in Toronto, I felt a strong sense of social isolation. While my husband worked long hours, I found inspiration in the kitchen by recreating the smells and tastes that reminded me of my childhood.

The women in my family have always cooked intuitively, passing on their recipes through oral tradition. I had learned to cook from them in the same way. Inspired by my grandmothers, I began photographing my food and writing vignettes from my childhood related to these dishes. Eventually, this turned into a food memoir style blog.

You have mentioned that through your blog you hope to show readers a different side of Pakistan, Afghanistan and Iran. In your opinion, how can food break cultural barriers?

The region I come from has become synonymous with suicide bombings, poverty and oppression. This may be the case, to an extent. But it is only one part of the story of a people, race and culture. Everyone has their own story to tell. Through my vignettes, I do not present an alternative narrative of my people, I merely present my narrative — another narrative.

I have led a nomadic life and through that I have learned that food has no borders — a good meal, is a good meal, is a good meal. It is a great connecter and a conversation-starter. When people sit around a table and enjoy a nice meal they begin to ask questions beyond the food such as the rituals that surround it. They will often express interest in the culture. And so, stories are spun, over and over again — and tales are told and we connect as humans around a simple thing like good food.

How have your travels impacted your cooking style and what regional cuisine have you enjoyed the most?

I try to stay true to my family's heirloom recipes; at this point in time, I don't prepare fusion dishes. However, because the region I come from has a shared history, my dishes have cross-influences. As a product of an Afghan and Pakistani household, our family dishes have evolved over time, incorporating ingredients and methodologies from both kitchens. For example aush, an Afghan soup that is my paternal aunt's culinary opus magnus, has a heady kick of Pakistani spices, which have been incorporated into the recipe over time.

It is difficult to say which regional cuisine I enjoy the most, because I adore duck confit, nasi goreng [Indonesian fried rice] and my mum's aloo gosht [Pakistani style meat and potato stew], in equal measure. But what I like the most is simply prepared food. I am the kind of person who would much rather sit in a trattoria twirling my fork around some handmade pasta crowned with seasonal shaved truffles, or tucking into a bowl of spiced lentils with pillowy naan [Pakistani-style bread], compared to eating in fancy Michelin Star restaurants.

If you were hosting a dinner party and could have any three people join you for dinner, who would they be?

Out of gratitude for the beautiful meals I ate as a child in Nairobi, Kenya I would invite our Kenyan cook, the late Simon Mackenzie. My maternal grandmother taught him how to make chapatis [Pakistani style flatbreads] and whenever I came home from school, he would have a glass of homemade passion fruit juice and a plate of food ready for me alongside a fresh chapati.

I would also like to share the table with the inimitable Jacques Pepin, because he is my favorite chef — his humility is something I have always admired, and moreover, he learned how to cook from his mother, just like I did.

Lastly, I would love to host the late scholar Edward Said and talk to him about Richard Wagner's operas — his area of expertise. I would also ask him if his mother ever made him maqluba, a Levantine rice timbale made with aubergine and meat — if she did, I would have to squeeze the recipe out of him!

In addition to The Spice Spoon, you're also a Senior Policy Advisor to Canada's Ministry of Energy and the mother of a newborn. How do you juggle it all?

The credit goes to two people: my husband and a lovely lady who helps me part-time. My husband and I are equal partners in raising our son and he supports my second (food) career. I do have to wake up at 5:00 am to get my work done, but it makes me all the more productive. The only downside of all of this is that two of my favorite writers, Khalid Hosseini and Ian McEwan, recently came out with new novels and I didn’t even know about it — I seem to be living in my own world these days!