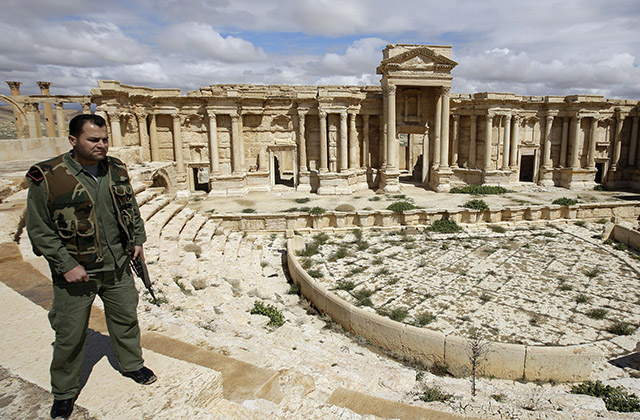 In the aftermath of the Arab Spring, several Middle Eastern countries have descended into violence as terror groups like the Islamic State have gained power. As they’ve seized territory in Syria, Iraq, and elsewhere, these organizations have systematically destroyed millennia-old archeological sites and trafficked priceless artifacts, creating a self-perpetuating cycle that provides funding for arms and erodes the region’s shared identity. This process — which some experts have deemed "cultural cleansing" — has augmented the tragedy of the human lives lost to the conflict.

In this third episode of the Asia Society Podcast, we explore the implications of cultural destruction and racketeering, and what the world can do to stop it. We hear from UNESCO Director Irina Bokova, U.S. Marine Corps Colonel Matthew Bogdanos, Egyptian Foreign Minister Sameh Shoukry, Antiquities Coalition Chairman Deborah Lehr, and many more.