Tsai Ming-Liang: What Is Cinema? 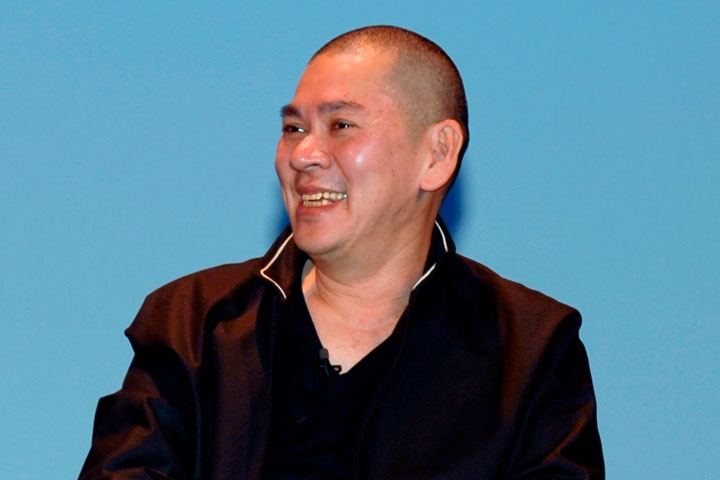 NEW YORK, November 15, 2009 - Internationally-acclaimed Taiwan-based film director Tsai Ming-Liang appeared in-person at Asia Society, New York for his film retrospective Faces of Tsai-Ming Liang (November 13-21, 2009), accompanied by actor Lee Kang-Sheng, who has appeared in every single Tsai film. An uncompromising film artist who has a unique vision on his words, images, and sounds, Tsai started his on-stage discussion with the series curator, La Frances Hui, Senior Program Officer of Cultural Programs, Asia Society, with a 45-minute monologue that reflected on the meaning of cinema. Situating his cinematic art in the history of Taiwan cinema, the director meditated on the changes in the film industry, audience reception, and a film distribution system that fails to cultivate an art film audience. The following is a transcript of the director's talk.

Tsai Ming-Liang: The first time I felt a turning point in my work was when Goodbye, Dragon Inn (2003) came out. That film entered competition at Venice Film Festival. It didn't receive an award but the journalists and film critics who went to Venice to interview me all strangely asked the same question: "What is cinema?" I get excited when people ask me what cinema is. Before that, nobody ever asked me that question, as if we didn't need to discuss it.

The film was later shown in Taipei. For a long time, the Taipei society was puzzled why a film like that could exist. A critic for the Golden Horse film award said that this kind of film damaged the film market, that it'd better be nonexistent.

When Goodbye, Dragon Inn was screened, I met the audience after one screening. A young person raised his hand and stood up. He said, "Director, I am 18 years old. I have never watched any Taiwan films. I only watch American films. This is the first time I watch a Taiwan film, and it is because you sold me a ticket on the street." He said he couldn't tell immediately whether he liked the film. But he felt very different after watching it. He said, "I saw color. I heard sound." I thought how the young person felt was very meaningful.

To put it simply, after making films for so many years, I care about one thing. In addition to expressing an idea, there's one thing I care about a lot, which is the question: "What is cinema?" I care more and more about my artistic medium and what I am doing with it.

The distance between my films and the market, and why people can't accept my films is because my films are not narrative-based. Also, my films are slow. There's the same male lead. There's no music, no dialogue, no performance.

I look back at my own viewing experience. I grew up in the '60s in Malaysia going to big movie theaters with over 1000 seats—the golden age of movie-going. It was basic entertainment to go to the cinema. I saw many varieties of films in Malaysia—from Hollywood, Hong Kong, Taiwan, mainland Chinese, Southeast Asian, Indian, to local Malaysian films. When I went to college in Taiwan at the age of 20, the films available in Taiwan were similar with some differences. There weren't any left-wing films from Hong Kong and mainland China, but there were Hollywood films, other Hong Kong films, and local Taiwan films. One principle was the same: they were all popular films. They were for entertainment.

When I was in college, my big discovery was the film archive in Taiwan. They began to have international film festivals. And then martial law was lifted. The social norm changed and there were lots of pirated videos coming into Taiwan. When I was in Malaysia, most audiences didn't know about European art films. Neither did they know about Japanese art films and American independent films. When I was in college, I started watching French New Wave, German New Cinema, older Japanese films, and Shanghai films from the '30s. I started to form a new idea of film.

I started to understand cinema as a creative expression back then. There's a director behind a film, an idea developed by André Bazin, the auteur theory, in the '50s. A film is created by an auteur. In Europe, there were commercial films and art films. But in Asia, with the exception of Japan, this distinction didn't exist.

In Taiwan, art films never existed. Taiwan was a commercial film world. Up till the '80s, Taiwan produced 200-300 entertainment films per year. There were two main types: the romantic films, played mainly by two male and two female popular actors; and the martial arts films, very similar to Hong Kong. But the commercial cinema was eventually replaced, when it reached a point when nothing new was produced. After making such films for 20 years, the market was taken over by Hong Kong productions. All of a sudden, Taiwan productions dropped from 300 films to fewer than 10 a year. Overnight, Taiwan films lost their market. Film investors moved their investments to Hong Kong or later to China when it opened up. From then onwards, till now, there haven't been any film investors. The government supports part of the financing and filmmakers have to come up with the rest.

And this coincided with the lifting of the martial law in Taiwan. The society changed drastically. Some filmmakers emerged, e.g. Hou Hsiou-Hsien. Without the stars, who all left for Hong Kong, for example Lin Qin-Hsia [Bridget Lin], these filmmakers started making films about Taiwan history—subjects that were never made—as well as taking subjects from everyday life and literature. They started to use the local dialect, from Min Nan. Since then, they created what we now call Taiwan cinema.

A few years since that time, a film critic published a book called Taiwan Cinema is Dead. The idea was that the market was dead. From then on, there was competition between commercial and art films. It's still a big struggle in Taiwan.

Taiwan audience, like other Asian audiences, have been watching commercial films for a long time. It's puzzling for them when cinema became creative. The system required the films to be shown in the same space as Hollywood films. Most of them couldn't meet the challenge. The audience didn't get the opportunity to be cultivated.

I started making films in the early '90s. When I made my fourth film, it was year 2000. After making films for eight years, my box office revenue got worse with each film. In 2000, I made my fifth film. I couldn't find a theater which would show my film. One theater was willing to rent me one screening room with 98 seats for two weeks. That film was What Time Is It There? The theater started selling advanced tickets online. Five days before opening, I looked up the Internet. They sold only five tickets. I saw clearly that here's a group of audience unwilling to change in face of a director also unwilling to change. So I decided to invite my five actors, my long-term cast members: Lee Kang-Sheng, Yang Kuei-Mei, Lu Yi-Ching, Chen Shiang-Chyi, to sell tickets on the street. We went to the entrance of a big book fair, with over 20,000-30,000 visitors. Under the chase of police, we sold 300 tickets in one morning. That was the result of our first day.

Face (2009) just closed in theaters in Taiwan after a one-month run. The box office figure was so-so. Most people saw the film buying these advanced tickets. After closing, I came to the US to give these talks. And then I'll attend the Tokyo Film Festival. Afterwards I will return to Taipei and show the films in universities, companies, communities for two months. My condition is that I have to give lectures.

When I was invited to make a film [Face] by the Louvre, the invitation posed a possibility. The film will be shown at the Louvre for one whole year. It's very meaningful. The audience can watch this film freely during the one year. It made me think about an earlier question: Why couldn't our films cultivate an audience? Perhaps the films have been positioned in a wrong exhibition system. Positioning them in a Hollywood system, the audience would use box office figures to make comparisons. These figures would marginalize our films, until a point of eventual extinction.

In the past, I was afraid my films were called art films. Art films referred to films nobody wanted to watch. But now I want people to see me as an artist. You don't see my work in the regular distribution system. Only through this could I obtain more freedom in my future creative works.

Asia Society's Faces of Tsai Ming-Liang film series (November 13-21, 2009) was co-presented with Taipei Economic and Cultural Office in New York. The series was part of the Citi Series on Asian Arts and Culture, sponsored by the Citi Foundation. Additional support was provided by the New York State Council on the Arts.