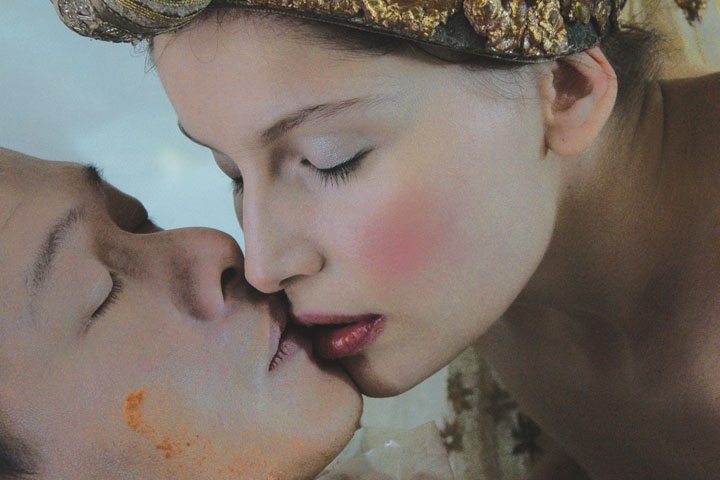 Co-presented with Taipei Economic and Cultural Office in New York

One of world cinema's most significant auteurs, Tsai Ming-Liang, Malaysian-born and Taiwan-based, is a regular at the most renowned film festivals including Cannes, New York, Venice, Toronto, and Berlin, where his films have garnered major awards. Called a “poet of urban anomie” (New York Times), Tsai has created a uniquely coherent oeuvre and film language to express ideas of desire, alienation, loss, and emotional bankruptcy, punctuated by moments of absurdist humor.

The director’s first feature film, Rebels introduces us to the recurring character Xiao Kang, played by Lee Kang-Sheng, who has appeared in every single Tsai film. An aimless and mostly silent high school delinquent, Xiao Kang roams the streets of Taipei following a stranger. In Mandarin with English subtitles.

A Taiwanese director makes a film based on the myth of Salomé at the Louvre. Language barriers and the sudden news of the passing of the filmmaker’s mother in Taipei threaten the completion of the film. A surreal picture traversing time and space, the film features an all star ensemble cast including French New Wave regulars Jean-Pierre Léaud, Jeanne Moreau, as well as Fanny Ardant, Lee Kang-Sheng, and supermodel Laetitia Casta. In Mandarin and French with English subtitles.

Face by Tsai Ming-Liang has been commissioned and co-produced by the Musée du Louvre as opus 1 of the new series “The Louvre Invites Filmmakers.” This preview is co-presented with the International Council of the Louvre.

Three characters cross paths in a vacant Taipei apartment without ever really connecting. Vive reveals the isolation urban dwellers experience despite sharing the same claustrophobic space. The memorable end evokes the sense of ennui and urban decay that permeates Antonioni’s films. In Mandarin with English subtitles.

“The finest – the most rigorous, the most disciplined, the most fully thought and felt.”—Robin Wood, Film International

Days before the new millennium, Taipei is plagued by an epidemic that causes people to behave like cockroaches. A few residents of an apartment complex have refused to evacuate. A man and a woman are connected by a hole between their apartments formed by an unending water leak. Occasional outbursts of surreal musical numbers break the silence between them and reveal suppressed desires. In Mandarin with English subtitles.

“[A] daring combination of realism and apocalyptic vision, desperation and joy, austerity and glamour”—Karen Durbin, The New York Times

A woman on her way to Paris buys a two-time zone watch from a street vendor, who then obsessively sets all clocks to Paris time. Shot in both Taipei and Paris, the film pays homage to the French New Wave, with an unforgettable appearance by Jean-Pierre Léaud, the star of The 400 Blows and many other Truffaut films. In Mandarin with English subtitles.

“The most emotionally haunted of his films.”—Roger Clarke, Sight and Sound

This film series is funded, in part, by the New York State Council on the Arts. Additional support is provided by Hotel Roger Smith New York.