[Webcast] Making a Global Difference in This Pandemic Era: A Fireside Chat With Nicholas D. Kristof and Sheryl WuDunn 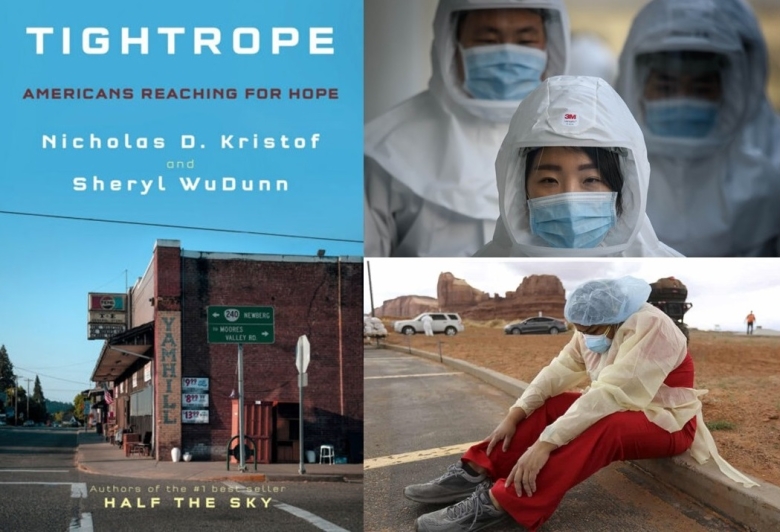 Nicholas D. Kristof and Sheryl WuDunn, a renowned journalistic team, have traveled the world and lived for many years in Asia, where their work won them the first Pulitzer Prize granted to a husband and wife. In this fireside chat, Nick and Sheryl will consider the human dimension of COVID-19, including the political dimension for countries around the world, in the context of their abiding concern for those less fortunate. Nick and Sheryl never miss the bright hopes of people and the positive examples appearing in the most troubling times like those we’re living through right now.

Their passion for positive solutions has led Nick and Sheryl to important roles in the nonprofit and business worlds, and as joint authors of an exceptional series of books. Their most recent, Tightrope: Americans Reaching for Hope, is an unvarnished look at the personal challenges of the people who rode the bus with Nick as children in rural Oregon, proposing actionable solutions to the challenges facing those on lower rungs of society. Purchase Tightrope through Bronx River Books today through Wednesday to receive a signed copy.

Join us to consider how we preserve our moral compass while facing issues from political and economic to health and equality, and to share the insights of two extraordinary people.

Nicholas D. Kristof and Sheryl WuDunn has coauthored five books, including A Path Appears about a higher vision of charitable giving, Half the Sky, a landmark work on global issues around women, and China Wakes and Thunder from the East, key works recognizing the economic rise of Asia over the past sixty years. Together they were awarded a Pulitzer Prize in 1990 for their coverage of China. They also received the Dayton Literary Peace Prize for Lifetime Achievement in 2009. Now an op-ed columnist for the New York Times, Kristof was previously bureau chief in Hong Kong, Beijing, and Tokyo. He won his second Pulitzer Prize in 2006 for his columns on Darfur.

Nick was a Rhodes Scholar, and a member of the Board of Overseers of Harvard University. Sheryl is a third generation Chinese American. She graduated from Cornell University, and holds graduate degrees from Harvard Business School and the Woodrow Wilson School at Princeton, and has served on the Boards of Trustees of Cornell and Princeton.

Jonathan served as Asia Society Southern California’s executive director from 2014 through mid-2019 and has since consulted for ASSC and other nonprofit organizations. He joined Asia Society after a distinguished career in journalism, including a decade of reporting in Asia. Jonathan began his journalism career in Israel in 1986 and continued as a foreign correspondent based in Hong Kong, New Delhi and Sao Paulo, Brazil, the last two posts as a staff writer for The Wall Street Journal. In 2004, he transferred to the Journal’s Los Angeles Bureau and later served as senior editor at Marketplace Radio, leading the business and finance coverage for their family of public radio shows. Jonathan studied Middle Eastern History at Princeton.