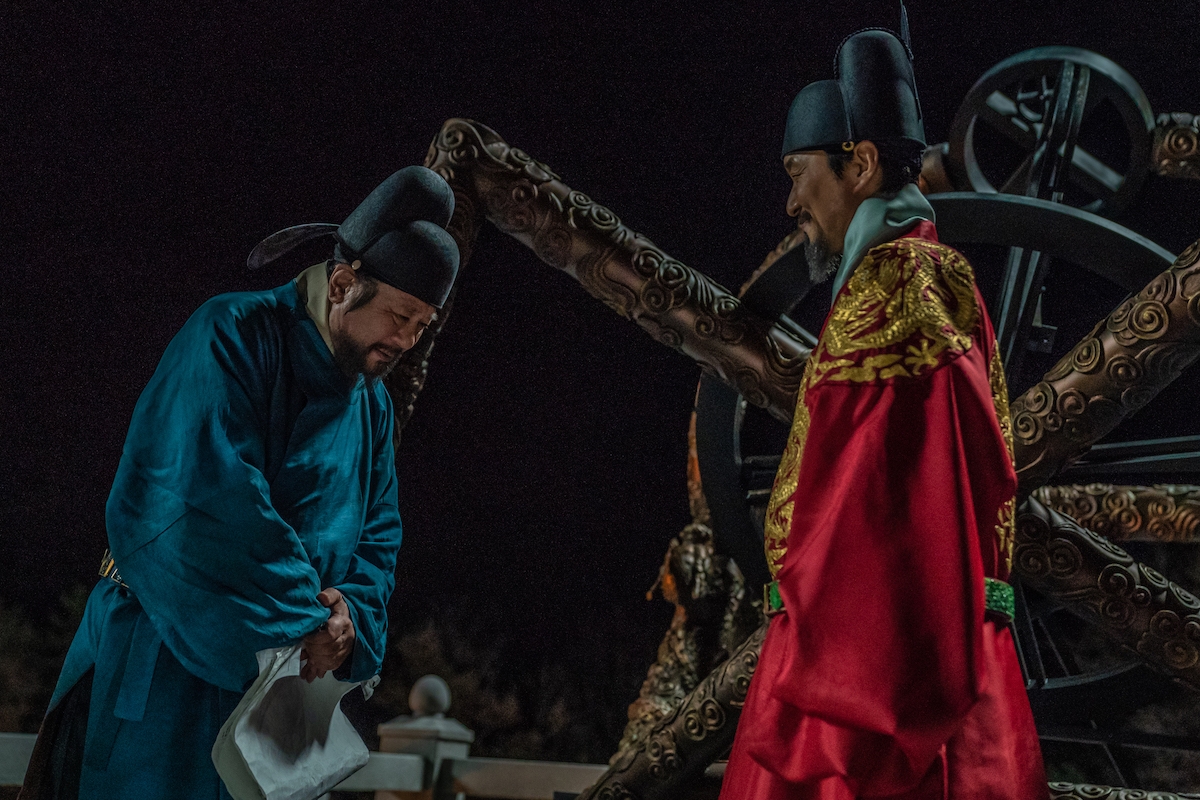 King Sejong the Great of Joseon wants to enhance the nation’s riches and military power through the study of astronomy and his loyal subject and scientist Jang Yeong-sil creates the instruments he imagines into reality. Threatened by Joseon’s ever-evolving astronomical technology, the Ming empire orders Joseon to cease the studies and for Jang Yeong-sil to be dispatched. Joseon’s court subjects insist Jang must be sent at once, but King Sejong, who thinks dearly of Jang, is deeply troubled by the dilemma.

The film rated second in the Korean box office and was one of several pieces submitted to the 2019 Cannes Film Festival along with The Man Standing Next and Parasite. The film was also invited to South Korea’s Hidden Voices section of the 2020 New York Asian Film Festival and the 2020 Korean Film Festival in Hungary.

Join us for a screening of Forbidden Dream along with a conversation with the film’s director Hur Jin-ho and journalist and Forbes contributor Joan MacDonald.

Hur Jin-ho is an award-winning South Korean film director and screenwriter whose debut feature Christmas in August (1998) and April Snow (2005) were enormous box-office hits in Korea. After making One Fine Spring Day (2001), he earned the title of “South Korea’s melodrama supremo.” His talent in making romantic movies that strike the right balance between making clean cuts and relaying emotional depth is a recurring attribute that reverberates throughout his entire filmography. Hur has consistently worked with South Korea’s top actors and his work has gained significant followership in both Japan and China. He served as Festival Director of the Jecheon International Music and Film Festival in 2013. Hur is the winner of Best Film at the 2001 Busan Film Critics Association, Korean Panorama at the 2001 Pusan International Film Festival, Best Artistic Contribution Award at the 2001 Tokyo International Film Festival, Best Director at the 2007 Blue Dragon Awards, Best Screenplay at the 2007 Korean Association of Film Critics Awards, Best Director Nominee at the Grand Bell Awards in 2016, and Best Director Nominee at the Chunsa Film Art Awards in 2020.

Joan MacDonald is a journalist fascinated by Korean drama and film. Since 2013, MacDonald’s stories on Korean media and culture have been published in the Los Angeles Review of Books, Kultscene, MacG Productions, the Independent, Bust, Hello Giggles, and Mental Floss. For three years she worked as a writer and editor at KPopStarz, a popular K-pop and K-drama news site, and appeared on three KCON panels discussing drama trends. Some of her drama blogs appear on the “That Only Happens In K-dramas” Facebook page. She is the author of seven non-fiction books including six for young adults, and High Fit Home (Harper Design, 2005), a book on the intersection of architecture and fitness. MacDonald has also managed various publishing projects. Previously, she worked at North American Precis Syndicate (NAPS) for 17 years as its editor, feature writer, and vice president whereby she garnered formidable national media coverage on behalf of NAPS-affiliated PR agencies, national associations, and Fortune 100 companies. Currently, MacDonald is a Hollywood, entertainment, and K-media contributor at Forbes. Lately, she has written about health, travel, food, history, pop culture, film, and the wonders of the Hudson Valley.

This program is organized in partnership with Asia Society Korea Center. The screening is made possible by Lotte.