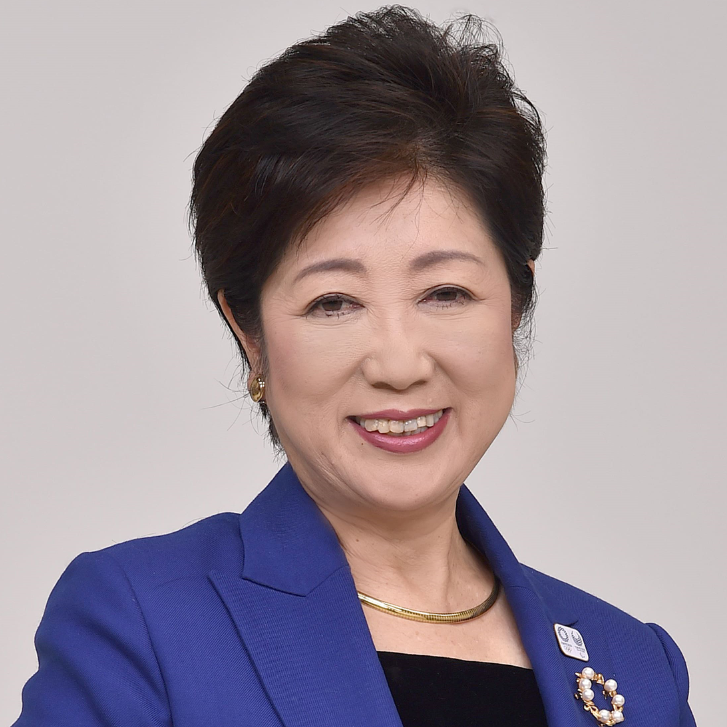 To kick off 2020, we are honored to invite, Tokyo Governor, Yuriko Koike for the Asia Society Policy Salon Tokyo breakfast.   Governor Koike was awarded the Asia Society Asia Game Changer award last October. She of course was elected as the first female governor of Tokyo in 2016 and some said, it was less shattering a glass ceiling – it was breaking an iron plate.

In this session, titled “ Beyond 2020: A Vision for Tokyo, A Vision for Japan”, join Governor Koike discuss her vision for Tokyo as the host city for the 2020 Olympics and Paralympics.  Here she oversees the city’s infrastructure overhaul and preparations for global visitors.  And beyond the events for 2020, Governor Koike will share her vision for building a more sustainable and diverse Tokyo and Japan based on her experiences as a newscaster, member of House of Councillors, House of Representatives and as cabinet ministers.

Ms Koike was elected to the House of Councillors in 1992 and to the House of Representatives in 1993, where she served for a total of eight terms. She held several cabinet posts, including minister of the environment and minister of defense. As environment minister, Ms Koike introduced the Cool Biz campaign to encourage workers to wear light and comfortable attire during the summer months.