Ambassadors’ Circle with the Swedish Ambassador 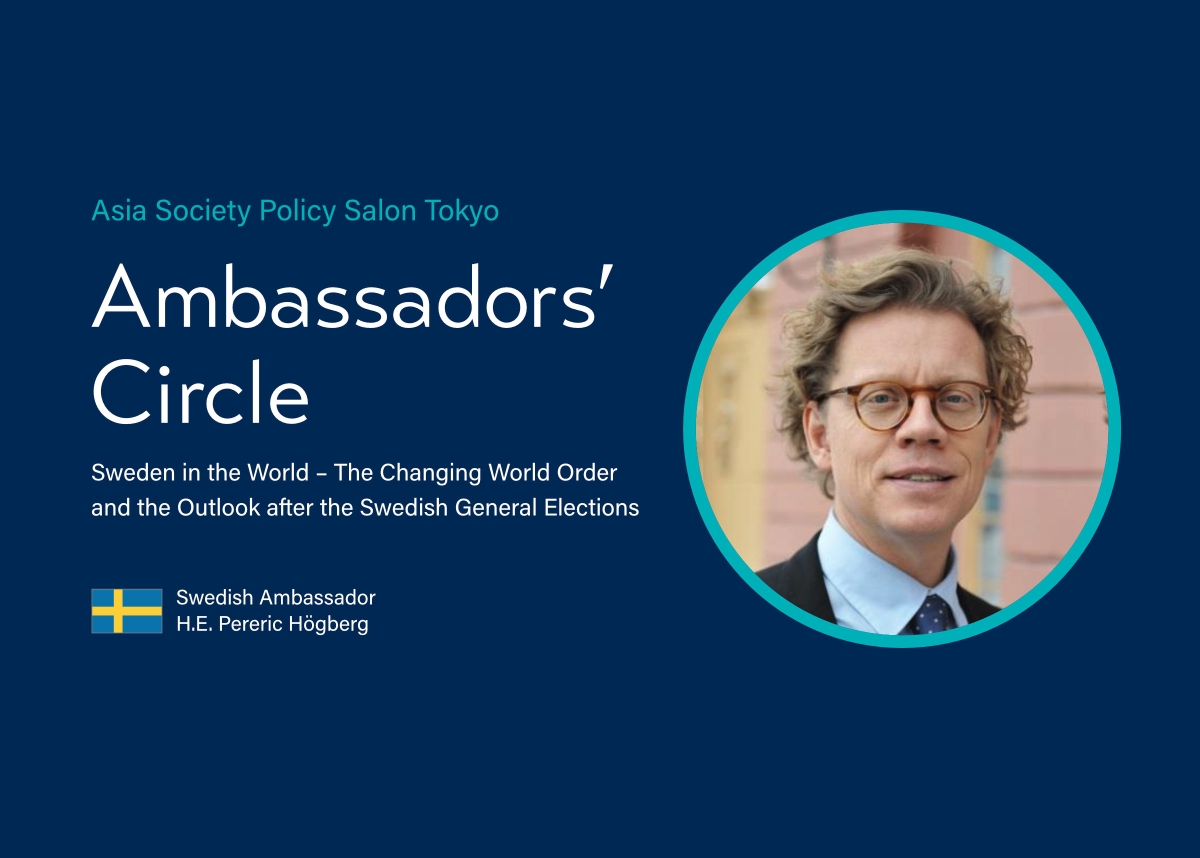 Asia Society Japan is honored to welcome His Excellency Mr. Pereric Högberg, Ambassador Extraordinary and Plenipotentiary of the Kingdom of Sweden to the Ambassadors’ Circle. His presentation is titled “Sweden in the World — The Changing World Order and the Outlook after the Swedish General Elections.”

Sweden and Japan have had over 150 years of close diplomatic ties since the Meiji era. Recently, during the NATO Summit in June, Prime Minister Kishida met with Swedish Prime Minister Magdalena Andersson. Kishida noted that the security in Europe and the Indo-Pacific is inseparable and that he supports Sweden’s decision to apply for NATO membership. He expressed his desires for Japan to further strengthen the relations with Sweden, a partner that shares the same fundamental values.

Globally we have had our share of challenges with the pandemic and now a conflict on European soil impacting our lives as we speak. In a year of elections, general elections in Sweden are set to take place on September 11. With the results of the elections, Ambassador Högberg will speak about developments in Sweden, the Nordic countries and the European Union and put that in context from a Japanese perspective. There are both reasons and indications that the cooperation between Europe and Japan will further be on the rise.

Please join us to learn and engage with Ambassador Högberg on the developments and relationship between Sweden and Japan.

Before that he has served as the Swedish Ambassador to Vietnam and before that as Africa Director at the Ministry for Foreign Affairs in Stockholm. He has also been posted at Swedish Embassies in Africa, and worked as Director for International Affairs at the Swedish Arts Council.

For event details visit https://asiasociety.org/japan/events/ambassadors-circle-swedish-ambassador International House of Japan B1