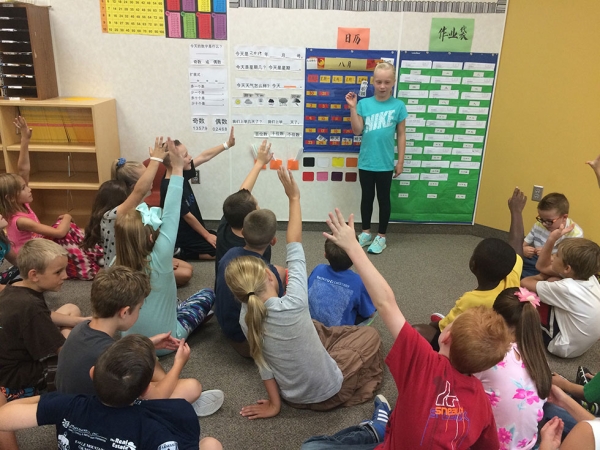 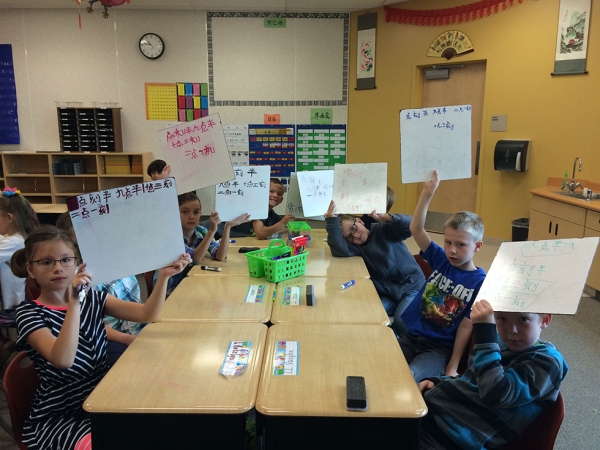 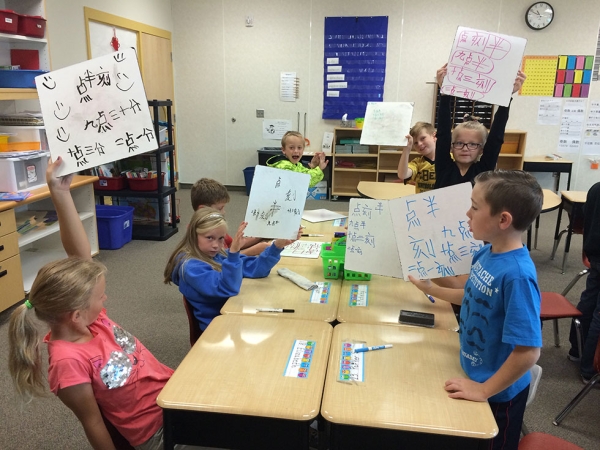 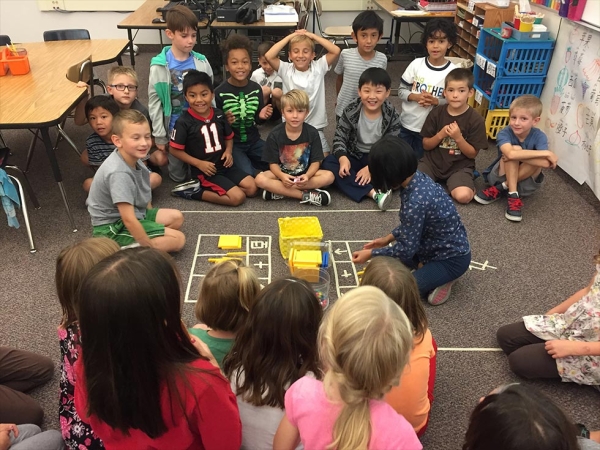 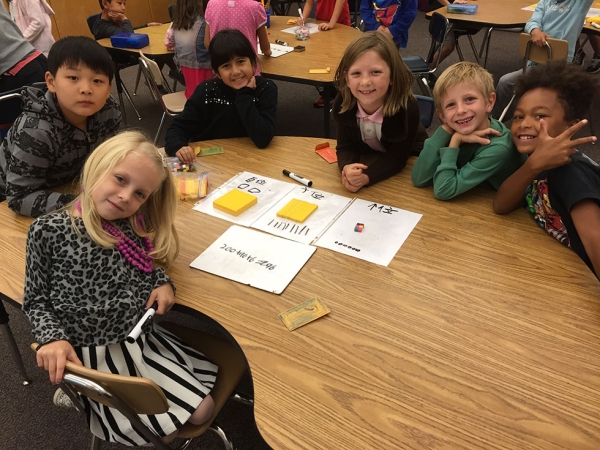 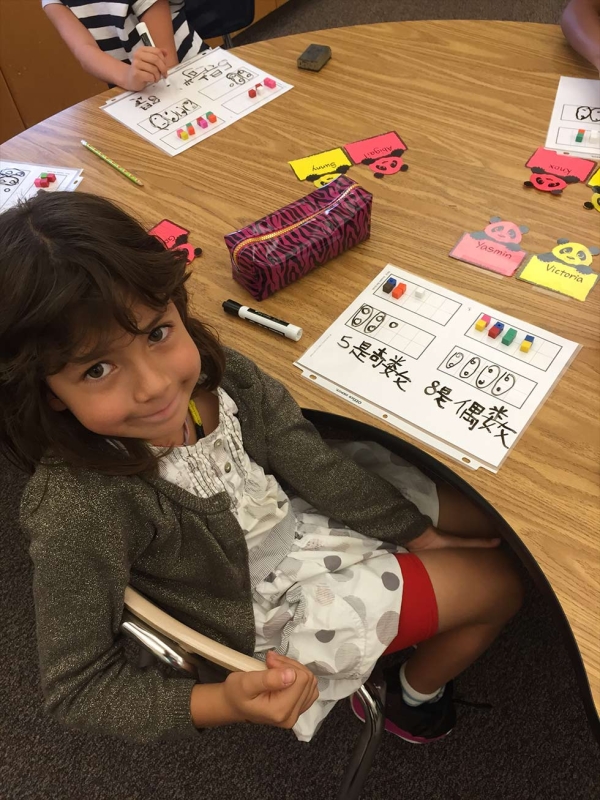 Watch a video about the dual immersion program.

Watch a brief video of a student in a 2nd-grade Chinese dual immersion program at Draper Elementary School in Utah (whose teacher is Mr. You Yinyao), describing his bedroom for us.

The program is part of a broad state initiative that involves instruction in several languages. In 2008, the Utah Senate passed the International Initiatives (Senate Bill 41), creating funding for Utah schools to begin Dual Language Immersion programs in Chinese, French, and Spanish. In addition, then-Governor Jon Huntsman Jr. initiated the Governor’s Language Summit and the Governor’s World Language Council, both with a goal to create a K–12 language roadmap for Utah.

These groups aimed to address the need for language skills in business, government, and education. In 2010, current Governor Gary Herbert and State Superintendent of Public Instruction Dr. Larry Shumway issued a challenge to Utah educators to implement 100 Dual Language Immersion programs throughout Utah by 2015, with the goal of enrolling 30,000 students. Due to the early success of the program and public demand, Governor Herbert and State Superintendent Shumway moved the target completion date to 2014, with a continuing goal to mainstream Dual Language Immersion programs throughout the Utah public school system. Portuguese was added to the program in the 2012–2013 school year, followed by German in 2014–2015, and plans are in place to add Russian in 2016–2017.

The Utah Chinese Dual Language Immersion (DLI) Program uses a 50/50 model, in which students in grades K–6 spend half of their school day in the target language and the other half in English. All state-sponsored DLI schools are required to implement this model and use two teachers: One who instructs exclusively in the target language for half of the day and a second who teaches in English for the remainder of the day. Most school programs begin in 1st grade, with only a small number starting in kindergarten, as kindergarten is typically only a half-day program.

Pie charts showing how content subjects are divided between the two classes in grades 1–6 as well as in secondary school.

Specific proficiency targets are set for each grade level in reading, writing, speaking, and listening. The YCT/HSK achievement tests are used in conjunction with the Assessment of Performance for Proficiency in Languages (AAPPL) test to assess students in grades 2–6 on an annual basis.

The Utah Dual Language Immersion Program offers two courses in grades 7 and 8. These include a course in Honors Chinese and a course in Chinese Culture and Media. An optional 8th grade capstone project conducted in China is incorporated into the 8th grade experience.

Students are expected to enroll in Advanced Placement language coursework and complete the AP exam in either the 9th or 10th grade. In the future, students in grades 10–12 will be offered upper-division university-level coursework through blended learning with six major Utah universities. Upon completion of high school, students will have earned nearly enough credits to have a minor in Chinese.