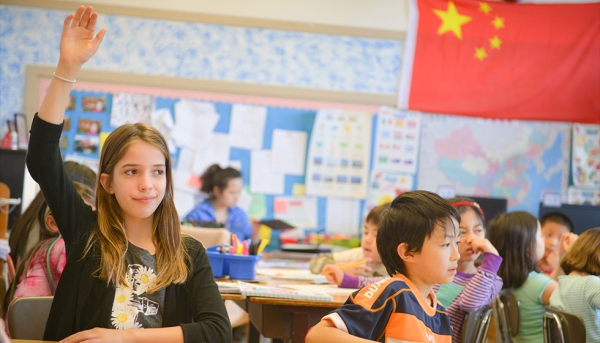 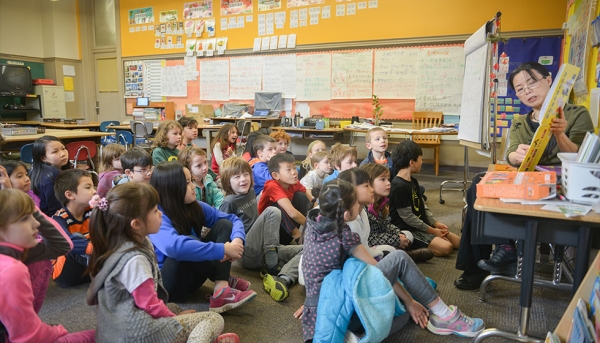 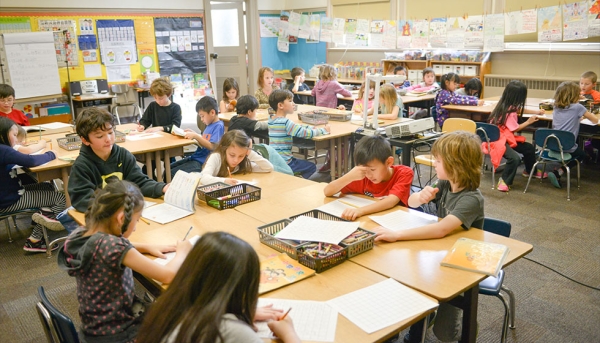 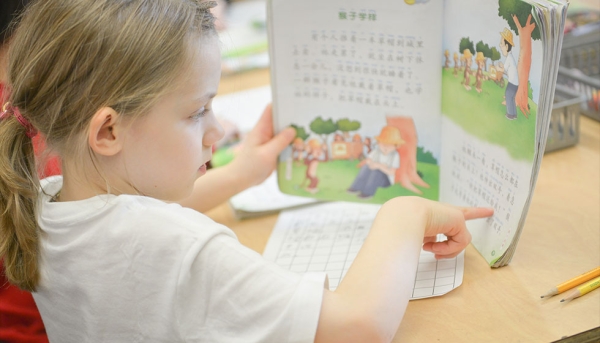 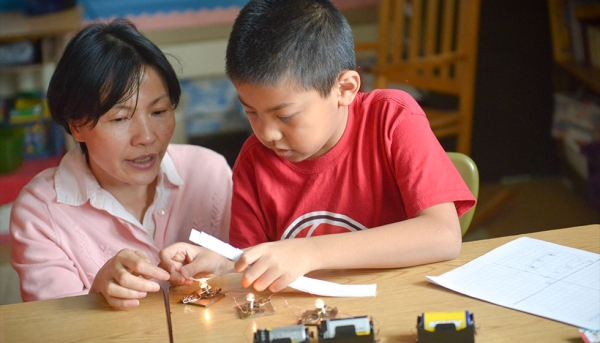 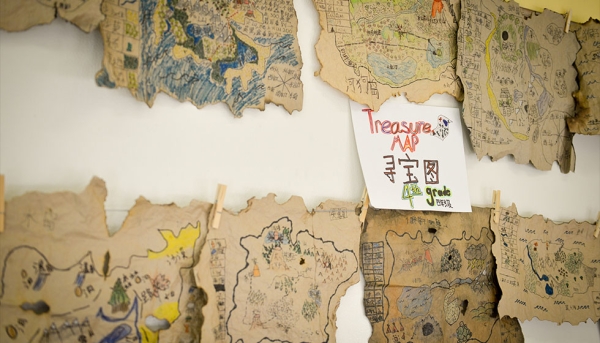 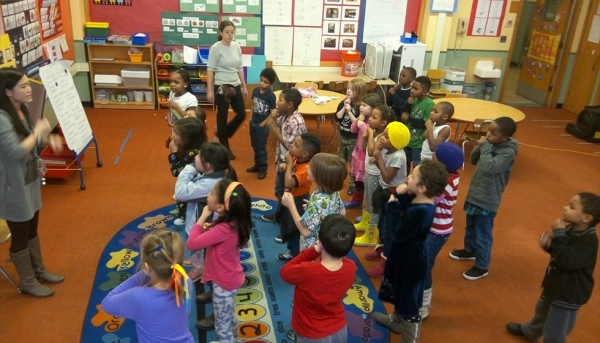 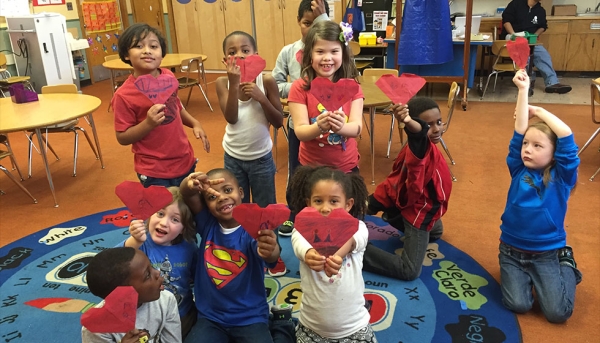 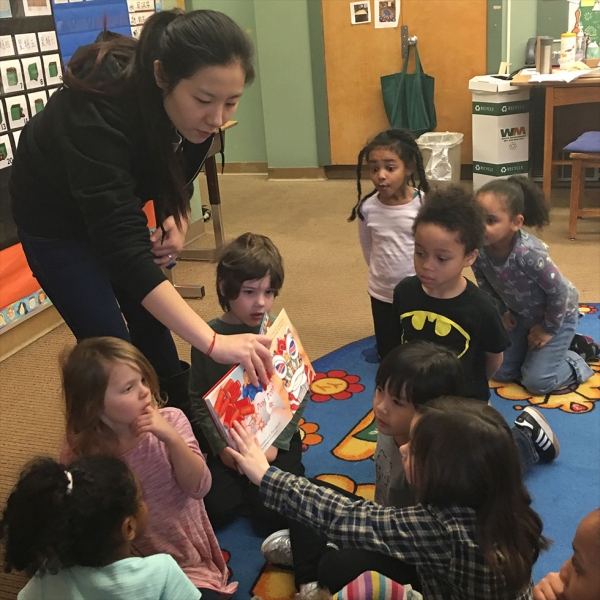 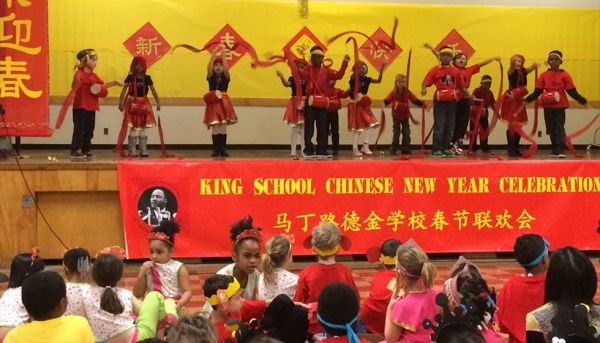 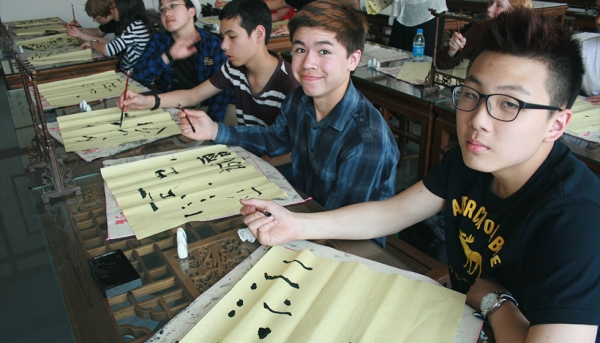 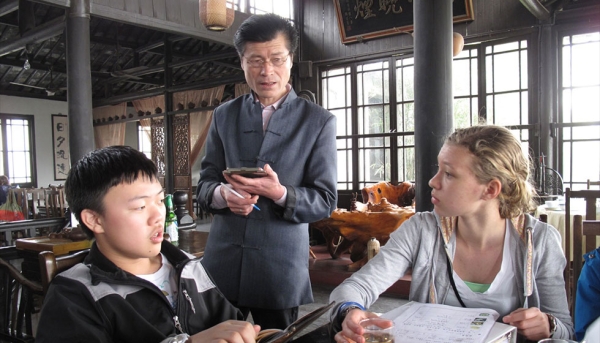 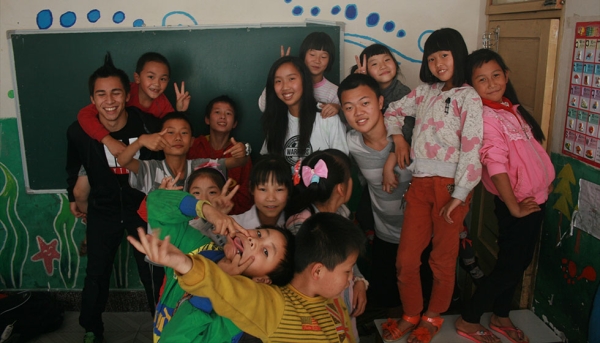 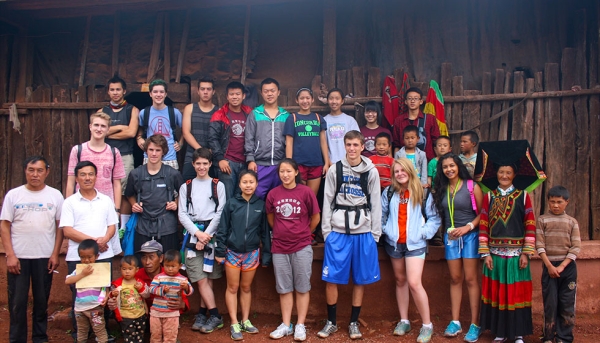 Multiple Points of Entry and Pathways to Advanced Level Proficiency

学而不厌，诲人不倦 － 孔子
Learning without satiety; and instructing others without being wearied. —Confucius

As one of the largest school districts in the Pacific Northwest, Portland Public Schools (PPS) is dedicated to providing multiple language programs to students in the district, regardless of race, income, or zip code. Students enter these programs through multiple points of entry, and pursue multiple pathways, and achieve Intermediate High to Advanced level proficiency in the language by grade 12. To honor their achievement, qualified students in grade 12 are awarded the Oregon Seal of Biliteracy. As one of the six language immersion programs in PPS, the K–12 Mandarin immersion program has created a learning model that uses data and feedback to drive curricular, instructional, and programmatic decisions. With the expansion and evolution of the program, program staff have learned many lessons. There are many more to be learned.

PPS is home to an innovative K-12 Mandarin immersion program. Beginning in kindergarten, students spend half of the school day learning in Mandarin Chinese and half of the school day learning in English, according to a 50:50 immersion model. Students in the program continue their studies in middle school with Social Studies and Chinese Language Arts taught in Mandarin. This will take approximately one third of their academic day. The high school Mandarin Immersion Program continuation offers both face-to-face and blended online courses that incorporate language and content-based instruction. The amount of time per week that students spend learning in Chinese depends on their course selections.

History and Development
The PPS Mandarin Immersion Program began at Woodstock Elementary School (K–5) in September 1998, as a grassroots effort by parents and educators who saw the need to accommodate the growing interest in the community in learning Chinese language and culture. As the program expanded with each entering class of Kindergartners every year, the program grew to include Hosford Middle School (6–8) and Cleveland High School (9–12). Students in the K–12 Mandarin Immersion Program learn Mandarin Chinese and are exposed to various aspects of Chinese culture as they study various core subjects through developmentally appropriate curriculum and instruction.

In 2005, the National Security Education Program (NSEP) awarded PPS and the University of Oregon (UO) with a generous grant and challenging task: To establish the nation’s first K–16 Chinese Flagship program that not only graduates students who are professionally proficient in Mandarin (at the Superior level based on ACTFL Proficiency Guidelines) but also provides a model for replication by other schools. The Oregon Chinese Flagship is unique for its continuity and program coordination from the elementary school level through college. Portland Public Schools work closely with the University of Oregon in professional development, curriculum articulation, and assessment, leveraging intellectual and logistical resources from both communities.

As a K–12 Mandarin Immersion Program, Portland Public Schools is especially proactive in providing students with real-world experiences. In 8th grade, Mandarin Immersion Program students participate in a year-long capstone project (China Research Residency), where they prepare for, experience, and reflect upon two weeks living and learning in China. Woodstock Elementary School, Hosford Middle School, and Cleveland High School are also honored with a strong relationship and exchanges with their respective sister schools in Suzhou, China.

In 2014, in an effort to expand and diversify its immersion model, PPS opened another two-way Mandarin immersion program at King School (K–8) in northeast Portland, serving a more diverse student population. The impetus for this program is to give greater access to students of color and poverty who historically have lacked equitable access to this academically and linguistically enriching educational opportunity. Many of the students in the two classes opened simultaneously in kindergarten and 1st grade were from the local Albina Head Start, which teaches 2–5 year olds Mandarin 20 minutes per day. Modeled after the Woodstock Program, the King program has made adjustments and modifications to meet the needs of the learners in the program.

Future Plans
In 2017–2018, PPS plans to open a third Mandarin immersion program in order to serve another minority population that is also considered the fastest-growing Emerging Bilingual population in Portland. This new program will be located in the heart of the Portland Chinese speaking community, where Cantonese is the home language of most children. It will be an innovative model that embraces the linguistic and cultural assets of the Chinese-speaking community, with trilingualism of students as the goal. PPS will design, plan, and implement collaboratively with the community a dual language immersion program that leverages the home language assets of the students and empowers them, along with their English-speaking peers, with the mainstream languages of power: English and Mandarin.

Program Vision and Lessons Learned
PPS, in collaboration with the University of Oregon (UO) and building on an established record of success in designing, planning, and developing a well-articulated K-12 Mandarin immersion and world language programs, will adapt and broaden past and current efforts to build a robust, proficiency-aligned, and equitable PreK–12 pipeline with multiple points of entry and multiple pathways. Graduates from the PPS PreK–12 Chinese Flagship program will be well prepared to meet the rigorous academic and language proficiency entrance requirements (ACTFL Intermediate High to Advanced Low) of any Chinese Flagship program in the United States. With clearly defined proficiency targets, close progress monitoring of student proficiency development, and effective use of research-based formative assessment and instructional strategies, PPS will continue to articulate the multiple pathways and multiple points of entry in Mandarin Dual Language Immersion, Mandarin as a World Language, and Chinese Native Language Literacy that moves significant and diverse numbers of students toward these rigorous targets. Currently, there are over 612 students participating in the Mandarin Immersion Program and over 3,753 students learning Mandarin in the Portland Public School District.

In the process of building a successful, equitable, and sustainable PreK-12 Chinese Immersion Program, there are many important lessons learned. First, keeping the balance of explicit language instruction, content-based teaching, and experiential learning is the key to linguistic and academic success in Chinese immersion programs. Second, setting clearly defined proficiency targets that are aligned with assessments remains the core to the success of “Portland Model.” Third, building a culture of learning through Professional Learning Communities (PLCs) is an effective approach to ongoing and sustained professional development and to facilitation of changes in instructional practice. Keys to PLCs are following a complete cycle of setting targets, regularly and systematically assessing student progress, reviewing data, identifying curricular and instructional adjustments, implementing those adjustments, and finally adjusting targets if needed. Last but not the least, building a strong program with effective instruction and strong student outcomes depends on the continuity and consistency of a teaching team. Therefore, developing teachers is always a number one goal.