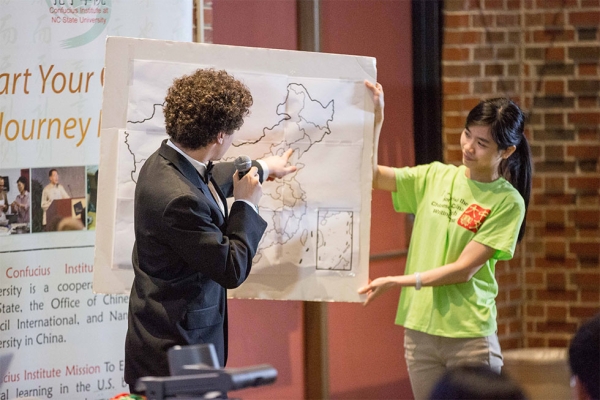 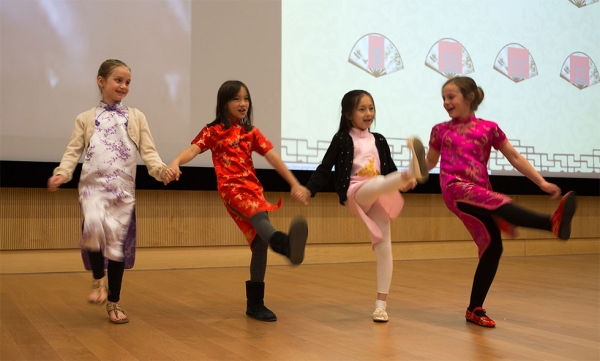 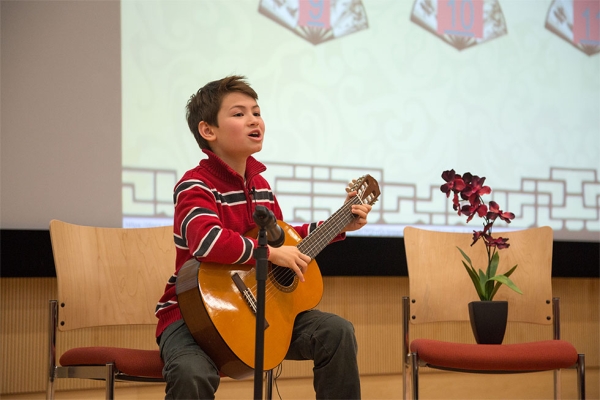 Serve over 12,000 students in Chinese instruction in grades K–12
www.ncpublicschools.org

North Carolina Public Schools serve approximately 1.5 million students in grades K–12, in 115 school districts and over 160 charter schools. Enrollment in Chinese language instruction has grown significantly in traditional and immersion classrooms as well as online. This profile describes the growth of Chinese language instruction in the state and the steps taken by the State Board of Education, the North Carolina Department of Public Instruction, and other state partners that have contributed to that growth.

In the 2005–2006 school year, the North Carolina Department of Public Instruction was asked by a US senator to provide a summary of Chinese instruction available in public schools in the state. The answer was 323 students in two districts; in 2014, there were 12,273 students, and Chinese has the 4th highest enrollment of the 17 languages offered. Chinese immersion programs are offered in 10 programs in 7 districts and 1 independent school.

The following features of North Carolina’s Chinese language initiatives have contributed to the growth and excellence of the program.

Foreign Language Assistance Program (FLAP) Grant and AP Grant
When the North Carolina Department of Public Instruction received the request for information about enrollment in Chinese language and culture classes in the state, members of the North Carolina General Assembly were asking the same question. There was high interest in increasing access to Chinese language education across the state. The challenges of finding qualified Chinese teachers and the cost of building programs to sustain full-time teaching positions at the local level provided the impetus to develop a new approach. Two grant proposals were developed that would provide the funding for course development and piloting and training of teachers to allow offering of programs across the state. A Foreign Language Assistance Program (FLAP) grant was written to develop online Chinese I and II courses to be delivered by the new North Carolina Virtual Public School (NCVPS). The courses were to be developed for asynchronous delivery, and students would be provided with a conversation coach, in addition to the instructor, who would meet with groups of 3 to 4 students for 90 minutes per week to practice speaking Chinese. This same feature was included in the Advanced Placement (AP) grant proposal for Chinese III, IV, and AP online courses. Both proposals were awarded in 2005–2006. During the next 4 years, 5 levels of the online Chinese courses were developed. The first cohort to participate in the Level V/AP course and AP exam scored 4s and 5s on the exam, which point to the effectiveness of the program model.

Center for International Understanding
Housed at the UNC General Administration offices, the Center for International Understanding (CIU) worked with the North Carolina State Board of Education to develop a partnership with Jiangsu Province in the People’s Republic of China. The agreement, which established classroom partnerships and administrator exchanges, was signed at the first U.S./China Education Summit in May, 2008. This ongoing agreement has continued to develop interest in Chinese language and culture. The Center for International Understanding also manages North Carolina’s participation in the Chinese Guest Teacher program, which provides teachers for new Chinese classes in the state. In 2010, the State Board of Education, CIU, and Hanban entered into an agreement to promote Chinese language to public schools across the state through the Confucius Classrooms and the Chinese Guest Teacher Program. In 2015–2016, CIU's Confucius Classroom network reaches 45 schools in 14 school districts and has given more than 8,000 students the opportunity to study Chinese.

North Carolina Virtual Public Schools (NCVPS)
NCVPS provide an online option for students to access courses not offered at their school site and to receive credit for completing these courses. NCVPS assisted in the development and piloting of the online Chinese courses and is now investigating offering Chinese immersion courses for students in secondary school.

The US-China Education Summit
First held in 2008, this summit was launched to celebrate the signing of the Memorandum of Understanding between the State Board of Education and Jiangsu Province. The summit brings together state business, education, and government leaders to share insights on the importance of Chinese education and commerce in the state. Keynote speakers have included Vivien Stewart (senior advisor at Asia Society) and a call to action by former North Carolina Governor James Hunt. The Confucius Institute, Center for International Understanding, Friday Institute at NC State, NC Department of Public Instruction, and State Board of Education work in partnership as organizers. The initial success of the 2008 Summit led to the decision to repeat the event every two years, and summits were held in 2010, 2012, and 2014, and will be held in 2016.

The efforts of the state partners and collaboration with the NC Department of Public Instruction have been shared at national and international venues, such as the Confucius Institutes Annual Meeting and the National Chinese Language Conference (NCLC), to show how this collaboration has contributed to increased enrollment in Chinese classes in grades K–12 in the state.

The North Carolina State Board of Education (SBE) accepted the final report from the SBE Task Force on Global Education in January 2013. The report contains five commitments that support the efforts to ensure that all students graduate from NC public schools "ready for postsecondary education and work, prepared to be a globally engaged and productive citizen"(excerpt from SBE Vision Statement 2014).

One of the commitments focuses on language learning for all K–12 students and expansion of dual language/immersion programs in grades K–12 statewide. The Global-Ready School and District Designations in the SBE include a commitment to proficiency-based language programs, interculturality, and a demonstration of student outcomes. The State Board of Education adopted the Global Languages Endorsement (North Carolina's version of the Seal of Biliteracy) in January 2015, and subsequently, several students have added Chinese as one of their languages in the spring 2015.