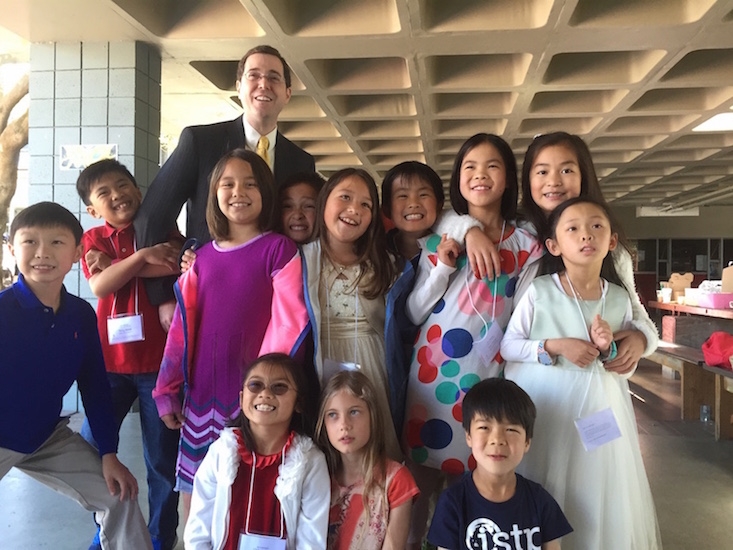 As a language educator who has worked with students from preschool through graduate school, a former U.S. diplomat who has had to use multiple foreign languages in a variety of real-world contexts, and a member of a household that regularly uses four different languages, I’ve often had occasion to reflect on the delights and challenges of becoming multilingual. Over the years, as I myself have become more multilingual, a paradox has emerged: I often struggle to find the right words to express myself in my native tongue, English. For instance: How to concisely convey the peculiar connotations of the Japanese “komakai hito,” a person who focuses obsessively on details to the exclusion of everything important? Or, how to find the right equivalent for “ch’ama,” the snappy Korean word that emboldens one to “keep going,” “endure,” or “stick with it”? When I’m running to catch a train, I instinctively come out with “giri giri,” the Japanese expression for being very tight in terms of one’s timing. When I’m speaking about building relationships with people, I inevitably think of the nuanced Chinese concept of “guanxi,” or perhaps “nemawashi,” what the Japanese refer to as “preparing the roots for planting.” And when I’m thinking about an obviously petty, low-minded individual, the Chinese “xiao ren”—literally “little person”—immediately comes to mind. While all of these words can be translated or at least explained in English, their particular resonances and connotations are so richly unique that there are no simple, single English equivalents.

The Italian poet Giacomo Leopardi—often hailed as the greatest Italian poet since Dante—described this phenomenon in his gargantuan work Zibaldone, completed in 1832: “Knowing several languages affords some greater facility and clarity in the way we formulate our thoughts, for it is through language that we think. Now, perhaps no language has enough words and phrases to correspond to and express all the infinite subtleties of thought.”1

He goes on to say: “the knowledge of several languages and the ability, therefore, to ex- press in one language what cannot be said in another, or cannot at least be expressed so succinctly or concisely, one which we cannot find as quickly in another language, makes it easier for us to articulate new thoughts and to understand ourselves . . .”

This capacity to articulate new thoughts and understand one’s self are some of the most important rewards of becoming multilingual. Leopardi goes on to describe how he experienced these rewards “on many occasions,” and how he had “fixed [his] ideas with Greek, French, Latin words, according to how for me they responded more precisely to the thing, and came most quickly to mind.” Leopardi’s genius, as both a thinker and a writer of Italian, was to some degree conditioned by his multilingual consciousness.

For a European intellectual of the nineteenth century like Leopardi—and indeed for most of the world today—multilingualism is a natural state of being, and not the exception to a rule. We have become too accustomed in the Anglophone world to regarding monolingualism as the norm and bilingualism as some deviation from that norm. For those American children that reach university with little or no facility in a language other than English, we have done them the disservice of limiting their possible worlds, the scope of their ideas, and their ability to express the “infinite subtleties of thought,” to use Leopardi’s phraseology.

But the transformative capacity of multilingualism is about much more than expression: There is a host of compelling new research that suggests multilingualism can play a critical role in the formation of an individual’s sense of identity, self-confidence, and sense of self.2 Whether you are a teacher, a student, or a parent, in this new millennium we must all recognize the truly transformative impact a multilingual identity can have.

The power of words is apparent in any language, and Leopardi creates a wonderful image of this power: “For an idea without a word or a way to express it is lost to us, or roams about undefined in our thoughts, and is imperfectly understood by we who have conceived it. With the word it takes on body and almost visible, tangible, and distinct form.”

For the monolingual individual, this “visible, tangible, and distinct form” is dull and monochromatic, while for the multilingual person it is vibrant, bright, and glistening with color, an iridescent rainbow of insight, understanding, and eloquent expression. Let’s use some of that light to illuminate the problems and promises of being multilingual in the new millennium.

2 See the essays in Mercer, Sarah and Marion Williams, eds. Multiple Perspectives on the Self in Second Language Acquisition. Bristol: Multilingual Matters, 2003.