#TBT: When the Japanese Prime Minister Sang Elvis and Wore A Cowboy Hat 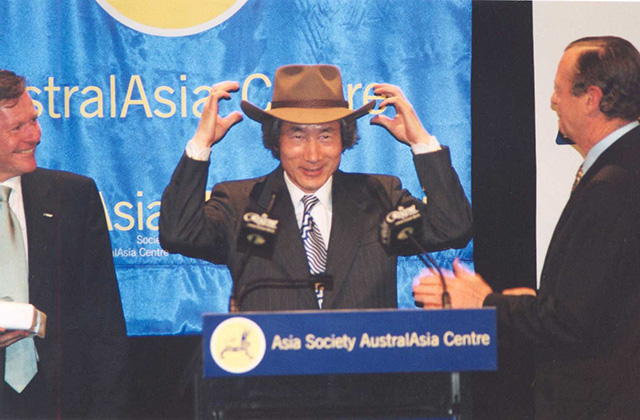 In May 2002, Japanese Prime Minister Junichiro Koizumi attended a dinner hosted by Asia Society in Sydney, Australia, that featured a Japanese bamboo clarinet and harpsichord performance by Australian musicians. At one point, the performers began playing Elvis Presley’s “I Can’t Help Falling in Love With You,” to which Koizumi reportedly began singing along with the Australian foreign minister.

After the performance concluded, Koizumi, a devout Elvis fan who shares a birthday with "the king of rock and roll," took stage, thanked the group for playing his “favorite song,” and said, “Since I became prime minister, I gave up falling in love.” In the above photo, Koizumi dons a rabbit skin cowboy hat given to him by Asia Society.