#TBT: In 1987, Smiles and Skepticism From Indian Schoolchildren 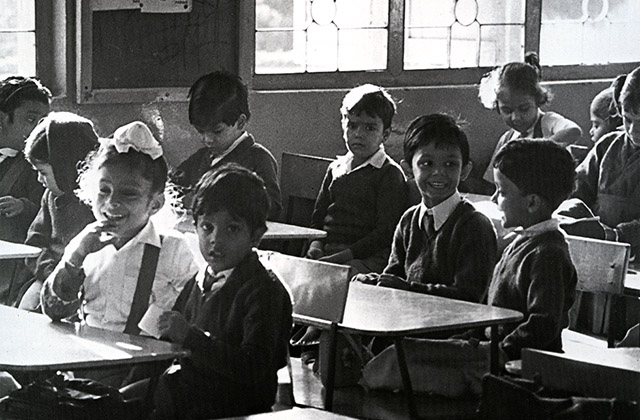 Students at Jamshedpur Elementary School in Bihar State, India, were the subjects of an Asia Society video series in 1987. (Asia Society)

Throughout the 1980s, Asia Society's education department produced several video packages with the aim of "expanding American students' understanding of Asia." These videos were used as teaching aides in classrooms at all levels and ocassionally broadcast on public television. The most popular programs among American students were those that depicted the lives of their counterparts in other countries. The Video Letter from Japan series, first produced in 1982, depicted the day-to-day lives of Japanese sixth graders and was so successful that it prompted the creation of similar projects on Korea and India. In 1987, Asia Society began filming the 12-episode series Discover India in the state of Bihar. The above photo from Jamshedpur Elementary shows students who were subjects of the series.