#TBT: In 1972, Radio Guests Let Their Sarods Do the Talking | Asia Society Skip to main content

#TBT: In 1972, Radio Guests Let Their Sarods Do the Talking 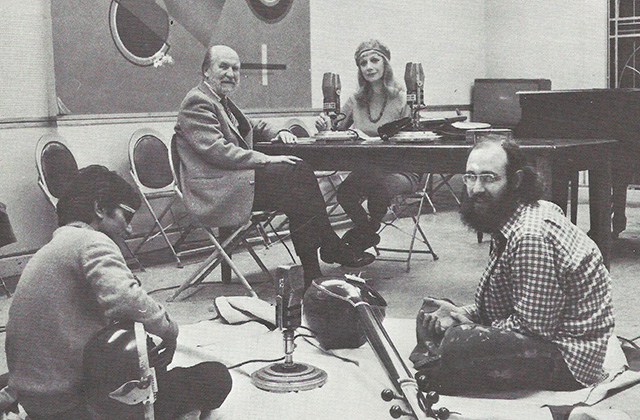 For 26 weeks from 1972 to 1973, Asia Society hosted a radio program on New York City's municipal radio station WNYC-AM titled "Window on Asia," which featured journalists, scholars, and performers with an Asian focus. In the above photo, host Lee Graham interviews Willard Rhodes, a scholar best known for his study and recording of Indian music. In the foreground, Indian music virtuouso Vasant Rai plays a sarod, accompanied by Donald Heller.

Unfortunately, we don't have audio of the radio broadcast, but in the below video, you can hear another recording of Rai playing the sarod.