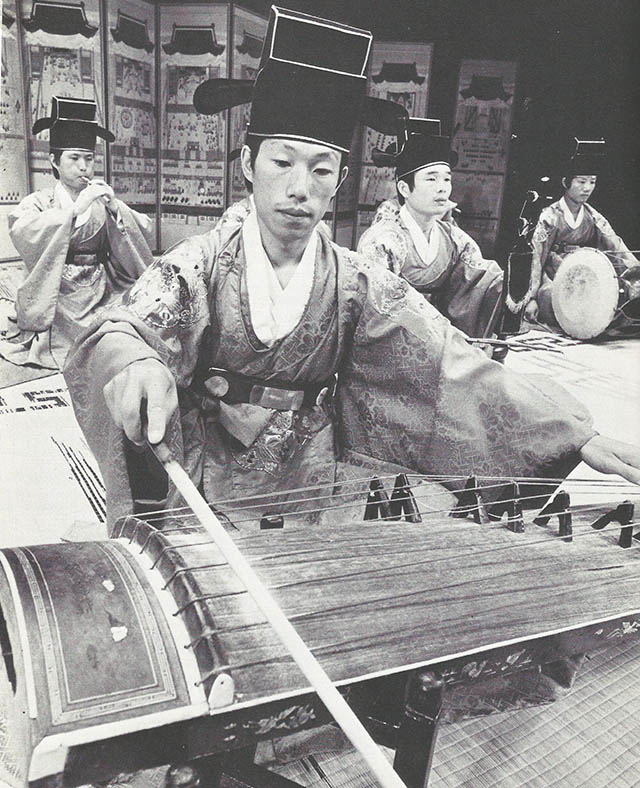 Four members of the Korean Aak troupe from the National Classical Music Institute of Korea in 1979. (Asia Society)

By the late 1970s, Asia Society's performing arts department had institutionalized a practice it had first trialed two decades earlier: sponsoring annual tours by Asian performers. The above photo shows members of a Korean "aak" troupe from the National Classical Music Institute of Korea, who were part of such a tour across North America and Europe from 1979 to 1980. "Aak" refers to music and dance associated with elaborate court rituals and entertainment during Korea's Joseon Dynasty (1392-1910). According to an account of the troupe's performance at the time, "The sounds of bronze bells and wind and string instruments complemented the delicate and soft movements of the colorfully costumed dancers to produce an entrancing effect upon audiences."