On Shanghai Education: A View From the Streets | Asia Society Skip to main content

On Shanghai Education: A View From the Streets 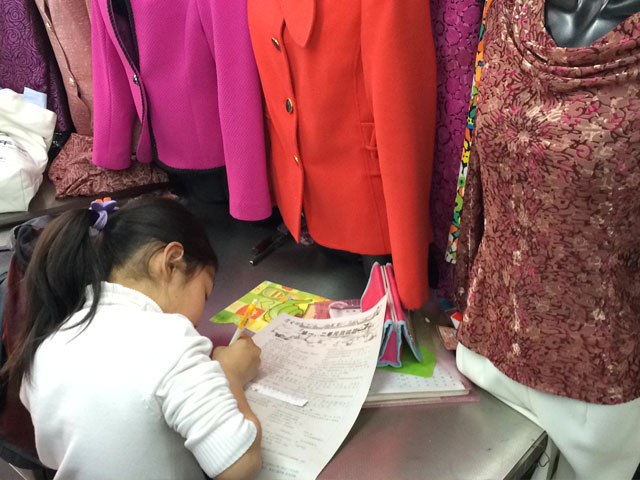 I love chatting with cab drivers. They are truthful observers of the state of society. They interview more people everyday, from all walks of life, than any scholar or journalist. They have plenty of time to think, and their personal and financial well-being has nothing to do with what subject or sides they choose.

I asked Mr. Yan — a short, energetic native Shanghai cab driver — whether he had children. He told me about his son: "He just entered high school, and I hope he does well." Then he lamented, "Especially because there're almost no advantages to being a Shanghai hukou student any more."

Hukou is a registration system for where a person can live. It can be most easily understood if you imagine China as two separate countries: one of urban centers and one of rural areas. Each person is either a citizen of the cities, or a citizen of the farmland. For the vast majority, this is determined by place of birth. Like many things in this world, it can be very unfair.

I don't agree with Mr. Yan's privileged stance that Shanghai hukou kids should enjoy greater advantages, but more on that later.

I stopped at a tailor's shop to get my coat altered, but ended up getting more than that: I walked away with perspectives from migrant workers who don't hold Shanghai hukou.

The shop was operated by a couple from Jiangxi (a land-locked mountainous province about eight hours away by train). In their early thirties, they had a nine-year-old girl and a five-year-old boy. Though their business was located in an up-and-coming neighborhood just north of downtown Shanghai, the family of four lived and worked in heartbreakingly primitive quarters no larger than a Manhattan living room. I am 5'10" and I barely cleared the ceiling. The unheated space was divided into two sections, one-third of it the store front, with display mannequins and a sewing station. The other two-thirds were the living quarters, comprised of a bunk bed, where the parents occupied the bottom berth and the kids the upper; a bathroom smaller than you find on an airline; and two more sewing stations. One of the sewing machines was moved aside so the girl would have space do her homework. For as long as the children could remember, this was how they had lived.

I asked the mother, who was already taking my coat apart, "Where do they go to school?"

"Right around here," she responded.

"Is it a separate school from where the 'Shanghai kids' go?

"No, it's just a neighborhood school nearby. I take both of them on my scooter to school in the morning. It's but five minutes from here."

I asked if she had to pay a fee since her children do not hold Shanghai hukous. She pays for school lunches and special activities, like field trips, but "not for tuition or textbooks," she said.

I then hung out with the daughter a bit to let the mother focus on my coat. I asked how many kids were in her class. "Twenty-two," was the terse answer.

"Are you friends with the Shanghai kids at all, or mostly the kids from elsewhere?" She looked at me as if she didn't understand the question.

The cities need farmworkers to supply food, but the farmers want to move to the cities to obtain higher-paying jobs and a shot at getting ahead. In order for those from the countryside to hold residency and employment in a city, they need a permit to live and work there temporarily, but they are rarely granted citizenship status in the cities.

This isn't unlike the pre-American-Revolution settlement conditions. Before U.S. citizenship was established, individuals were recognized as citizens of different states, from which they could derive different rights.

Fast forward to 2014: China's hukou system is under intense scrutiny by the public. The government is acquiescing and responding to rising discontent with this discriminatory and segregated system. People object on moral grounds as well as the practical ones of promoting economic development.

Again, we can find similarities in the Western world: many European Union citizens have increasing freedom to move and work across borders, but people from lesser-developed EU member states usually have to wait a number of years before they can work freely in the incumbent EU states.

In the foreseeable future, we could see the discriminatory powers of the hukou system fade, then disappear, as my cabbie was lamenting (just as some Western Europeans did when their labor market opened to their fellow EU citizens from the Eastern Bloc).

Because of the terrible human cost of discrimination and segregation in the formative era of American history, the United States is extremely sensitive to any suggestions of such practices. The United States probably has one of the less-discriminatory societies in the world. Although there is much room for improvement, it's an admirable achievement and a model for a great many nations around the world.

However, just because another education system isn't as inclusive as the one in a typical U.S. state, city, or district, it is unwise for us to refuse to acknowledge and uphold the findings of an honest and scientific study, in this case the PISA program that aims to identify and compare patterns and causes of the advantages and shortcomings of education systems worldwide.

The discriminatory implications of the hukou system in China reduce educational opportunity for children who have been dissuaded from attending schools in cities like Shanghai. That is a fact, and I detest it. Most others do, too — PISA included, I'm sure.

However, do we then deprive ourselves of any potential benefits by ignoring PISA's many other indicators that point to policies and practices that may have led to advances in places like Shanghai, even advances in equality? By that logic, should we disregard the original U.S. Constitution just because it was drafted and promulgated by committees that permitted slavery? Thankfully that hasn't happened, and on the contrary, the world upholds and replicates the ideals the Constitution aspired to enshrine.

Imagine the city of Shanghai with zero migrants allowed to live, work, or study; it would be a city of probably 10-15 million residents, about the same size as New York City. It would still be an education system that needs to respond to incredibly diverse and complex needs and issues. In reality, Shanghai's education now serves a drastically more diverse student population than a decade or so ago. Is it perfect? No. But PISA's findings suggest some policies put in place and practiced for an extended period of time seem to have consistently contributed to an increase in overall performance, even as the student body grows more diverse.

To suggest that Shanghai is actively hiding and excluding its disadvantaged student population (migrant children), and then disregard wholesale Shanghai's education system and the PISA program, is an unfortunate distraction from the much-needed study of what PISA really is designed to examine and what the results mean for American students.

There is every reason to believe that hukou's impact on lives of migrant children across China will continue to weaken and, eventually, cease to exist — not in the distant future, but possibly sooner than even America's education system is able to fix enough of its shortcomings to maintain a productive and competitive labor force.

I should have asked the tailors why they are willing to endure these kinds of living conditions for over a decade when they are free to return to their native village. It's pure speculation, but the answer might have something to do with a better future for their children, which includes a better education in Shanghai.

Don't get me wrong. Enormous challenges are in front of Shanghai's education policymakers, and no one knows and admits it more readily than the officials in Shanghai. Naysayers, I invite you to Shanghai, and would like to introduce you to these ordinary, hukou-less people creating the modern phase of an extraordinary history. A history that, when reviewed, will show the progress of a nation determined to improve services for all its citizens — urban or rural. I happen to believe we have much to learn from that.