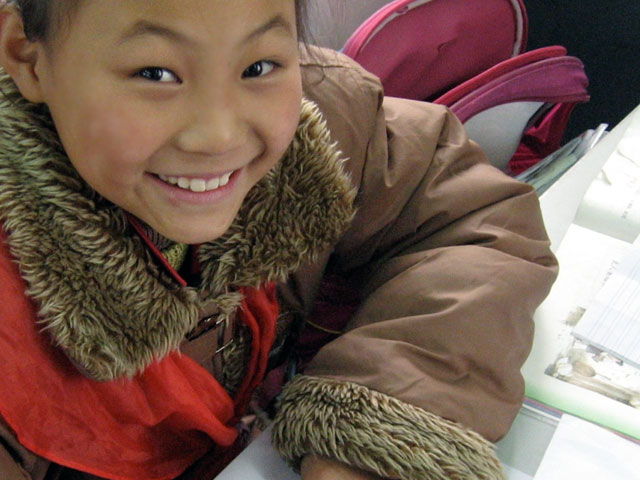 A student in Shanghai. (Kyle Taylor/Flickr)

Since the PISA 2012 results were published by OECD, Shanghai students’ excellent performance has once again drawn global attention. Among the countless comments, some of them showed praise and recognition and some pointed out fair criticism to Shanghai's education. These comments enhance our confidence and keep us looking for ways to improve. However, I would like to take this opportunity to correct some comments that are factually incorrect.

Recently, Tom Loveless published an article on the Brookings Institution website questioning the Shanghai student sample attending the PISA test. Professor Loveless argues that the official data submitted by Shanghai indicating there are 108,000 15-year-old students is wrong and that “120,000 or more” migrant children are not counted.

Professor Loveless’ argument is not the only example. Andreas Schleicher, special advisor on education policy to OECD, responded to similar questions. "Like other emerging economies, Shanghai is still building its education system and not every 15-year-old makes it yet to high school. As a result of this and other factors, the PISA 2012 sample covers only 79 percent of the 15-year-olds in Shanghai." He adds, "... that is far from unique. Even the United States, the country with the longest track record of universal high-school education, covered less than 90 percent of its 15-year-olds in PISA — and it didn't include Puerto Rico in its PISA sample, a territory that is unlikely to have pulled up U.S. average performance."

Professor Loveless made a very naïve mistake in his article. By citing the 15-year-old population corresponding to the PISA test as well as the total population statistics of Hong Kong, Austria, the Czech Republic and 10 other developed countries and regions, he simply made an argument that Shanghai statistics should be similar, and, therefore, “Shanghai should yield a minimum of 230,000 15-year-olds … with a population two to four times that of these ten countries." After conducting a variety of possible speculations, he came up with the conclusion: “officials in Shanghai are only counting children with Shanghai hukous as its population of 15-year-olds, about 108,000.” (Translator's note: Shanghai “hukou” is a residence permit given to registered permanent residents in Shanghai.)

By analyzing the data of the national population census carefully, we found that the age distribution of Shanghai residents who come from other provinces is not even. The highest proportion of the migrant population falls into two segments, which are preschoolers and young adults in their 20s. Of the total population in Shanghai, migrant residents account for 45.87 percent of one year olds, 42.98 percent of five year olds, 63.02 percent of 20 year olds, and 53.78 percent of 29 year olds. It is unscientific and inappropriate for Professor Loveless to simply apply developed countries’ (and regions’) population data to Shanghai. Migrant children are a significant part of the sample.

With rapid economic development and urbanization since the 1990s, the size of the resident population in Shanghai keeps changing. As a result, the number of migrant children increases year by year. In 2008, in response to central government policy, Shanghai launched the “Three-Year Action Plan for Migrant Children’s Compulsory Education.” During the three years from 2008 to 2010, Shanghai invested 10.379 billion RMB (over US$1.6 billion) to build 363 elementary schools, middle schools, and kindergartens in suburban and rural areas of Shanghai where there are many migrant residents. These 363 schools include 144 compulsory schools, which serve around 150,000 students. As of the 2010 fall semester, a total of 470,500 migrant children go to school in Shanghai and receive compulsory education. In addition to compulsory education, vocational education in Shanghai has also been gradually opening to migrant children. In 2008, vocational middle schools began to recruit migrant students; and in 2011 vocational colleges also opened conditionally to migrant students without Shanghai hukou. Since 2013, Shanghai has implemented a new residence permit management approach, which means those qualified non-Shanghai hukou students can go to high school and take the gaokao (college and university entrance exam) in Shanghai.

An irrefutable fact is that migrant students have been one of the significant parts of the sample of students since Shanghai started participating in the PISA test in 2009. The proportion of these students is gradually increasing. As PISA doesn't have the concept of "migrant population," we classified those students who were born in Shanghai and whose parents (either or both), were also born in Shanghai as "native Shanghai residents," and those students whose both parents were born in other provinces as "new Shanghai residents," also known as migrant children. Compared with PISA 2009 and PISA 2012 data, the proportion of "new Shanghai residents" in the pool of all PISA students accounted for 19.8 percent in 2009 and increased to 26.5 percent in 2012. This number is very close to 27.73 percent from the national population census representing the proportion of residents without Shanghai hukou.

Migrant Children Are a Significant Part of Sample

In conclusion, PISA 2012 reflects a representative sample of Shanghai. There is no possibility that it "excludes most migrant students." Shanghai's world-leading education system results from unremitting education reform during the past decades, not from cheating. Its outstanding achievements are attributed to the good Chinese tradition of respecting teachers and paying attention to education — and to the diligence of thousands of students, parents, and teachers in Shanghai. Although we have already achieved some good results, we will keep moving forward with the core philosophy that we are "working for every student's lifelong development." Newly launched reforms in Shanghai in recent years include the green standard (a newly designed system for monitoring students’ academic performance), new schools, and more. In fact, the benefits to Shanghai’s education from PISA are not only getting the world’s top ranking, but also giving Shanghai students a better and more balanced education by continually working deeply and carefully.

As the New York Times columnist Thomas Friedman said, "Whenever I visit China, I am struck by the sharply divergent predictions of its future one hears… But if you're looking for evidence as to why the optimistic bet isn't totally crazy, you might want to visit a Shanghai elementary school." We also welcome Professor Loveless to come visit Shanghai's schools. Maybe he will have a different view after that.

To conclude, I wish to cite Wendy Kopp in her Wall Street Journal commentary. As founder of Teach for All, she said, "As we examine the PISA scores, we Americans should ask how we can emulate other countries' success rather than envy it."

The original Chinese version of this article appeared on Wenhuibao and on the Shanghai Normal University Center for International and Comparative Education websites. The article was translated by Asia Society's Yang Guo.

Dr. Zhang Minxuan is president of Shanghai Normal University and the director of PISA Shanghai Project.