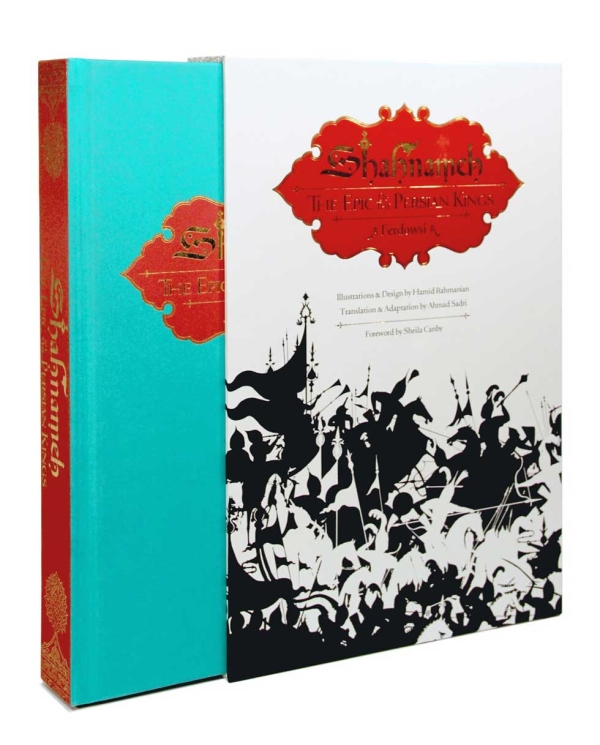 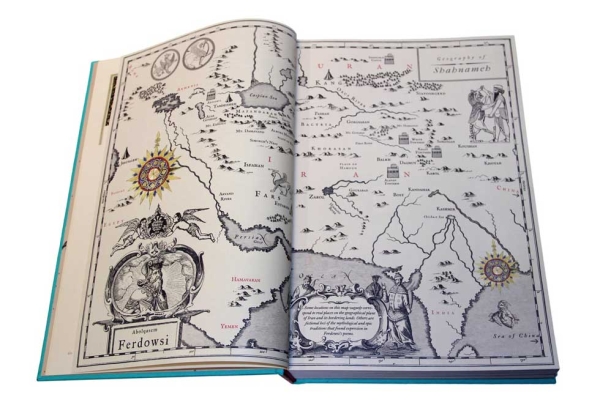 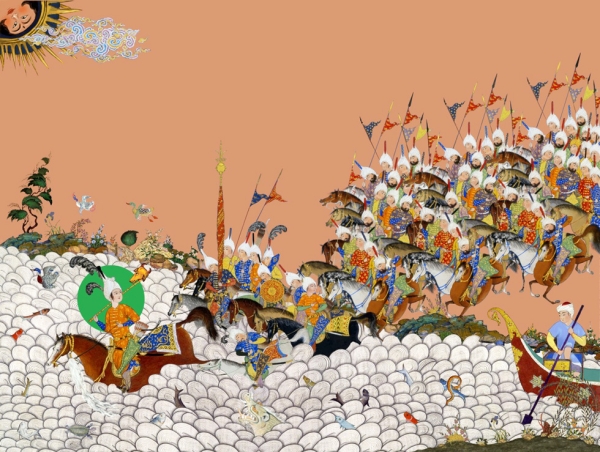 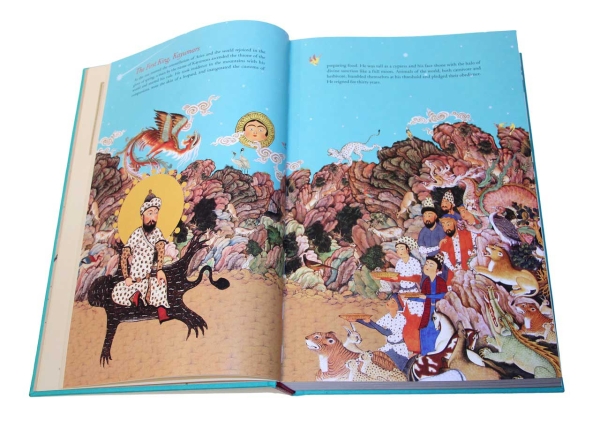 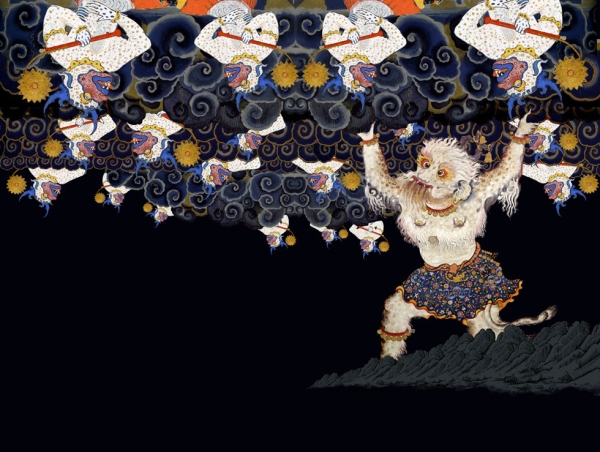 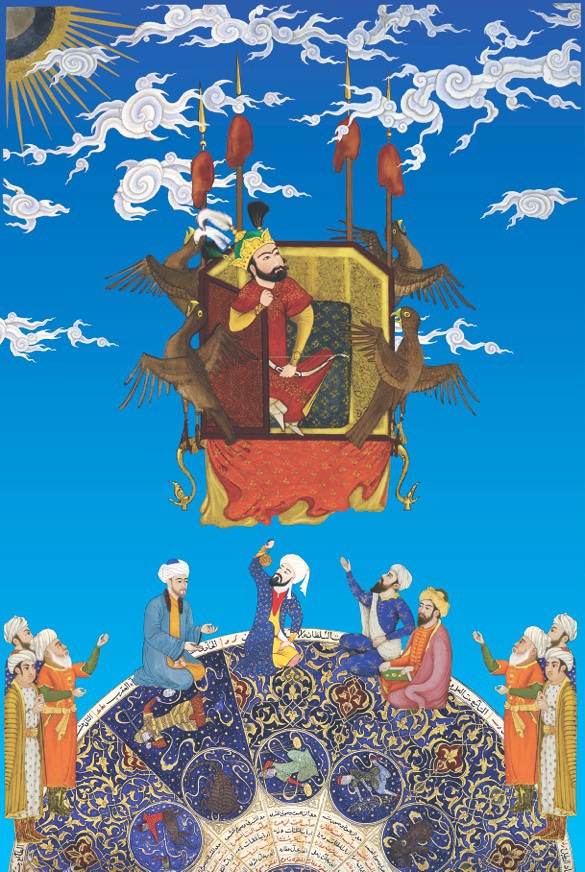 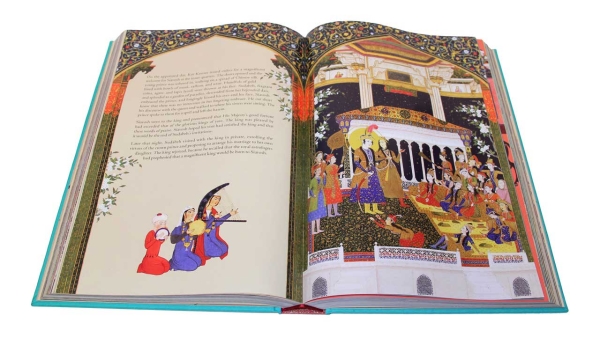 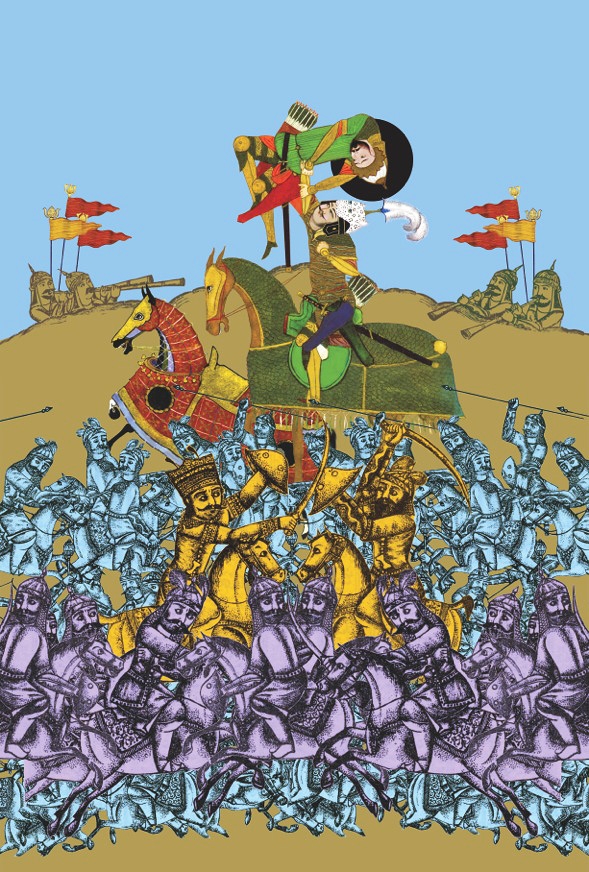 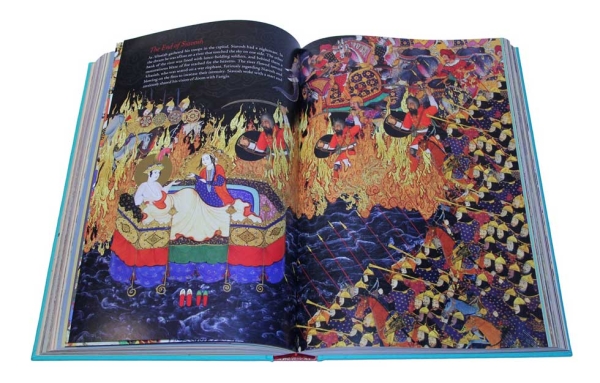 Shahnameh: The Persian Book of Kings is the great epic of Persia, composed by the poet Ferdowsi between 980 and 1010. It tells the story of pre-Islamic Iran, beginning at the time of the mythic creation through the Arab invasion of the seventh century. Grieved by the fall of the Persian empire, Ferdowsi sought to create a work that would capture the memory, culture and nostalgia of the golden days of Persia. A mix of mythology and history, packed with stories of triumph and courage, failure and cruelty, love and war, Shahnameh can only be compared to works such as Gilgamesh, the Mahabharata, Homer’s Odyssey or Dante's Divine Comedy.

Hamid Rahmanian is an award-winning filmmaker and graphic artist based in New York City. Inspired by the wealth of imagery he found in different editions of Shahnameh, Rahmanian experimented with bringing together images from different styles and periods. The work grew and grew, different characters came to life, and 100,000 hours of work later, he had created an entirely new illustrated edition of the classic text. Culled from thousands of illustrated manuscripts, lithographs and miniatures dating from the 14th to 19th centuries, each page is a collage of traditional forms transformed into a wholly new work that Sheila Canby, Curator of Islamic Art at the Metropolitan Museum of Art, has dubbed "a Shahnameh for the digital age." Rahmanian's artwork is complemented, meanwhile, by a new English prose translation of Ferdowsi's verse by Ahmad Sadri, James P. Gorter Chair of Islamic World Studies at Lake Forest College.

Tonight at Asia Society New York, Rahmanian and Sadri will be joined in conversation by Sheila Canby for a fresh look at this classic work. The program is sold-out, but a free live webcast will be available tonight at AsiaSociety.org/Live at 6:30 pm ET, and the complete program will also be available for viewing on this site beginning tomorrow. Rahmanian and Sadri will also appear together at Asia Society Texas Center this Saturday, March 9.