Photos: 8 Asian Athletes to Keep an Eye on at the Sochi Winter Olympic Games | Asia Society Skip to main content

Photos: 8 Asian Athletes to Keep an Eye on at the Sochi Winter Olympic Games

What if sports like Japan's Bo Taoshi or India's Mallakhamb were featured in the Olympic games? See the full list of exciting Asian sports here.

From Thailand to Pakistan, 21 countries from the Asia-Pacific region are among the 88 nations participating in this year's Winter Olympics in Sochi, Russia. These Asian athletes are gearing up for a taste of Olympic gold in competitions normally dominated by North American and European countries.

As we prepare to settle in for the XXII Olympic Winter Games, keep your eyes out for the following podium-hopefuls:

Athletes from India will be walking under the International Olympic Committee banner, rather than the Indian flag, as independent athletes, after the Indian Olympic Association was suspended for electing officials who faced corruption charges — a violation of the Olympic charter. Former flag-bearer Shiva Keshavan is India's most prominent Winter Olympian: its only luge athlete, he set Asia's new track record of 49.590 seconds at the 2012 Asia Cup in Nagano, Japan. This will be Keshavan's fifth time at the Winter Olympics. His determination and dedication despite the odds stacked against him are impressive — he's been raising his own funds to buy equipment and amassed a team of engineers (including his brother-in-law) to develop his own luge, instead of buying one off the market. 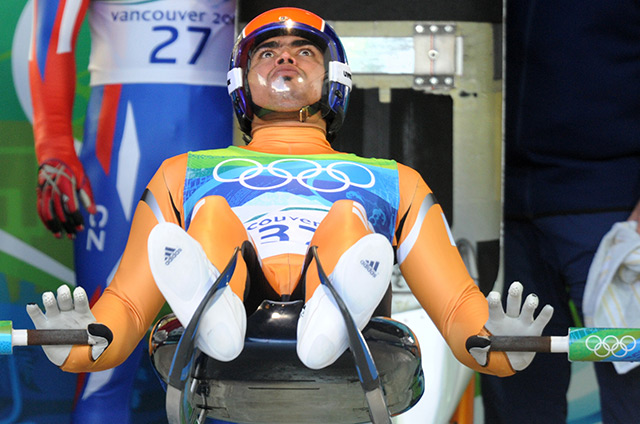 17-year-old Sara Takanashi may be young, but she ranks as one of the top three ski jumpers in the world. She holds a record 15 World Cup victories under her belt and is the crowd favorite to set a new record by becoming the first Olympic women's ski jumping champion. Women's ski jumping wasn't contested on an international platform until 2006 in the FIS Continental Cup. Coming from a family of ski jumpers, Takanashi will be aiming high for that Olympic gold. 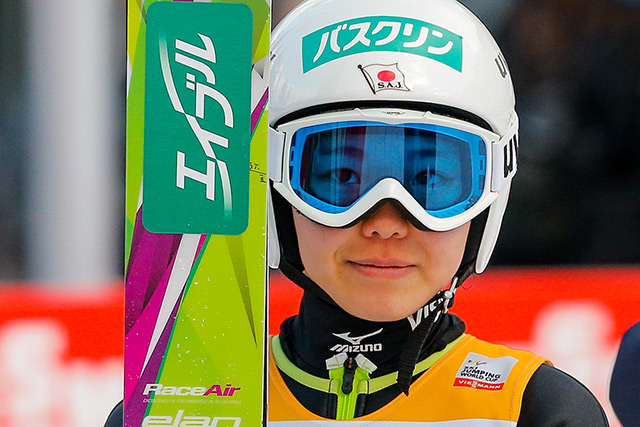 This will be Pakistan's second Winter Olympics, after alpine skier Mir Nawaz's silver medal at the FIS Slalom race in Lebanon last April secured the Pakistani team's qualifications. Nawaz previously won Pakistan's first medal at the 2011 South Asian Winter Games when he claimed both a bronze and silver medal. 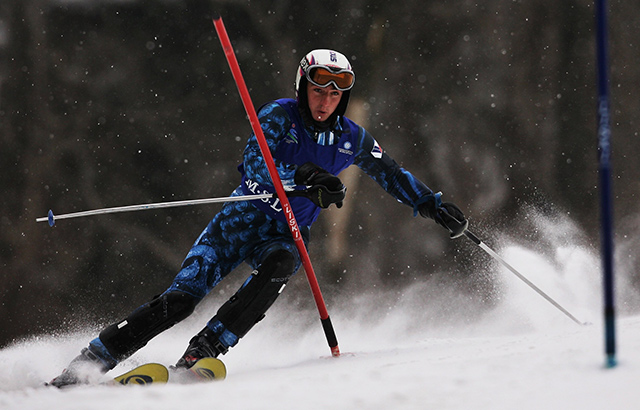 It's been 22 years since the Philippines participated in the Winter Olympics, but that hiatus is now being broken by sixteen-year-old figure skater Michael Christian Martinez. According to the International Skating Union, Martinez is the only Filipino skater to perform a triple axel, one of the more difficult jumps in figure skating. No athlete has yet accomplished a quadruple axel in competition. The only other Southeast Asian country to send athletes to the Winter Olympics this year is Thailand (see #6, below). 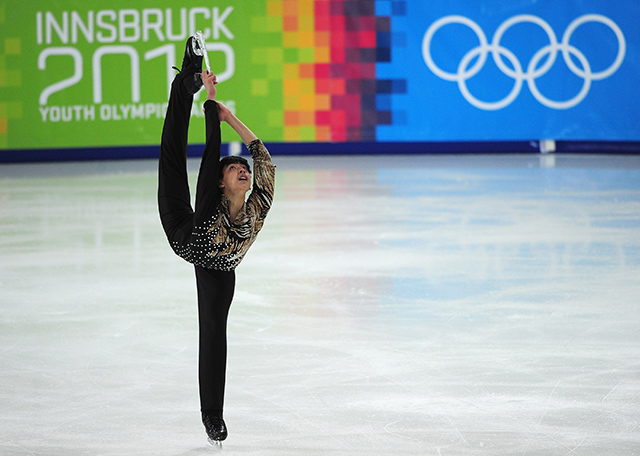 Shattering records in her 2010 Winter Olympics appearance and capturing gold for South Korea, the nation's first medal in figure skating, Kim Yuna instantly became a media sensation in her home country. She is notably also the only figure skater to have won at the Olympic Games, the World Championships, the Four Continents Championships, and the Grand Prix Final. High hopes rest on this acclaimed figure skater's shoulders, as she has yet to finish off the podium in her entire career. 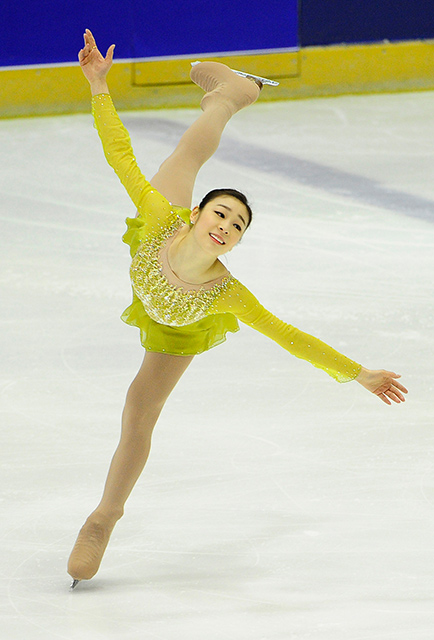 Thailand will be sending two athletes to the Winter Olympics this year, including alpine skier and professional violinist Vanessa Vanakorn, known professionally as Vanessa-Mae. At age 13, Vanakorn was the youngest soloist to record both the Beethoven and Tchaikovsky violin concertos and at age 35 she was the oldest competitor at her qualifying races in Slovenia. Because Thailand doesn't have any skiers ranked in the world's top 500, it may send one man and one woman — provided that they each produce an average of 140 points or fewer, in an effort by the IOC to encourage participation by more countries. Vanakorn announced back in 2010 that competing in the Olympics was her dream, and due to a strong run in Slovenia, that dream is about to come true. 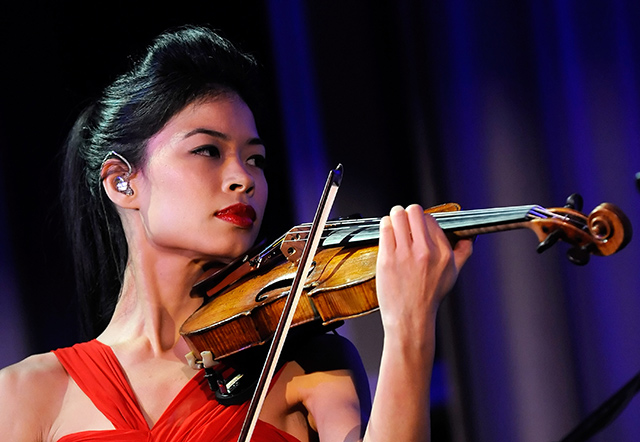 Japanese-American brother and sister duo Alex and Maia Shibutani will be representing the United States as ice dancers after a bronze-medal finish (to a lively Michael Jackson medley) at the 2014 Prudential U.S. Figure Skating Championships. Dubbed the "Shib Sibs," the pair has the second-longest partnership in skating and actively self-produce videos for their YouTube channel, ShibSibs. Fun facts? Maia Shibutani is a straight-A student at the University of Michigan and Alex Shibutani is the five-time winner of Universal Sports "Tweet of the Week." They were invited in 2012 by U.S. Secretary of State Hillary Clinton to attend a dinner in honor of Japanese Prime Minister Yoshihiko Noda, and have donated a portion of their winnings to Japanese relief funds. 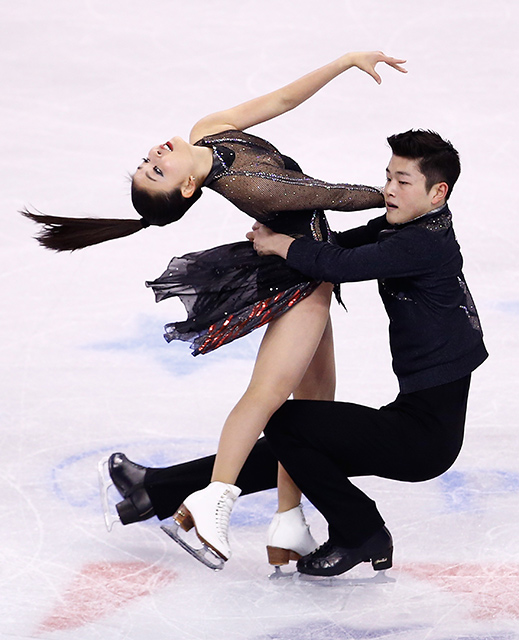