Multimedia: 10 Asian Sports That Would Spice Up the Olympics | Asia Society Skip to main content

Multimedia: 10 Asian Sports That Would Spice Up the Olympics 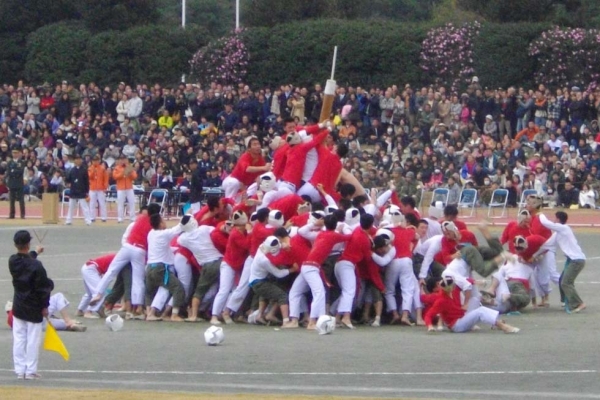 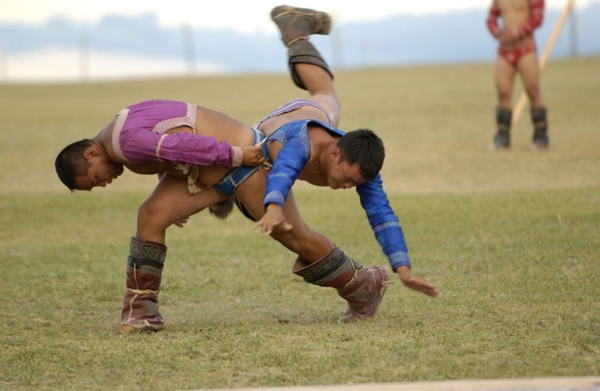 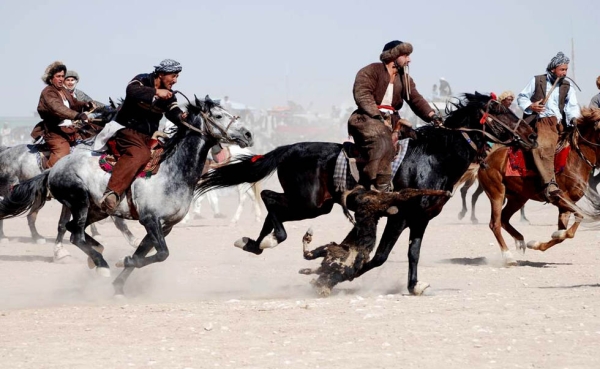 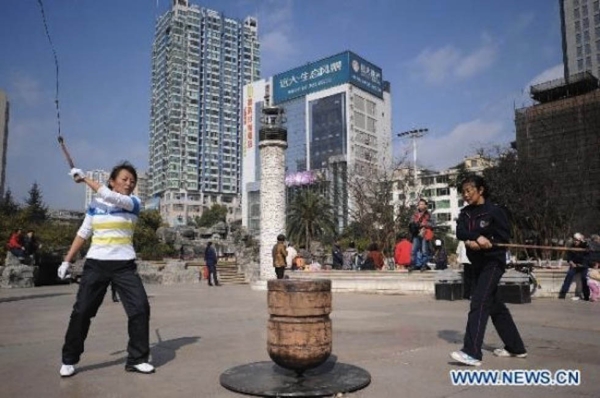 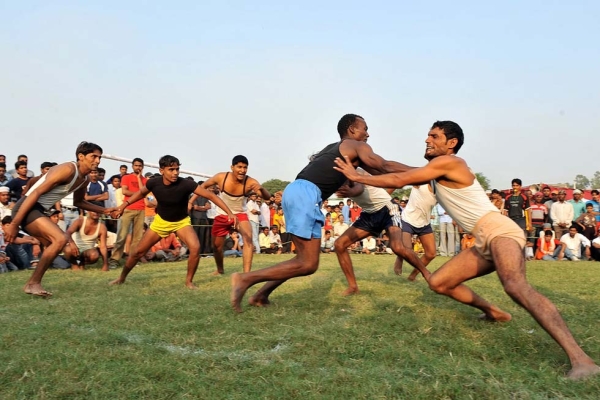 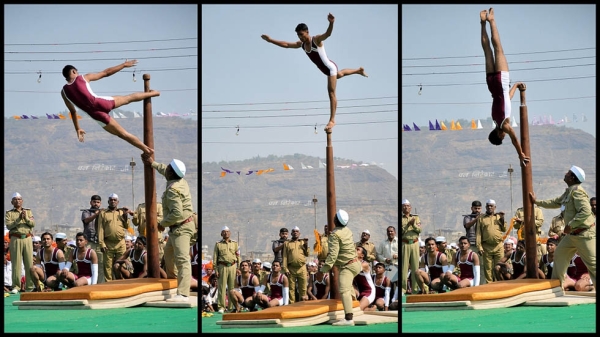 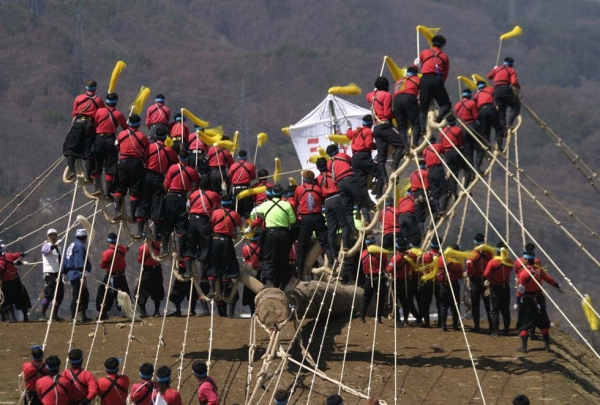 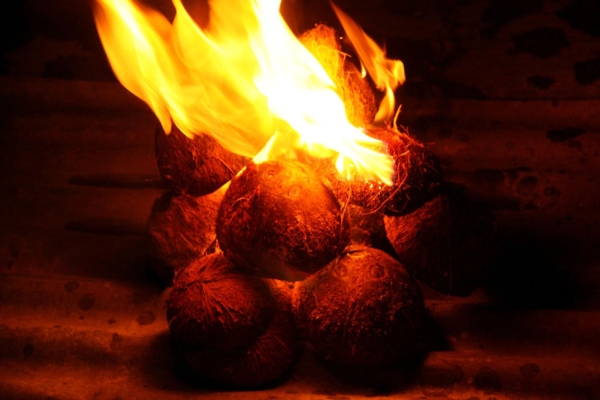 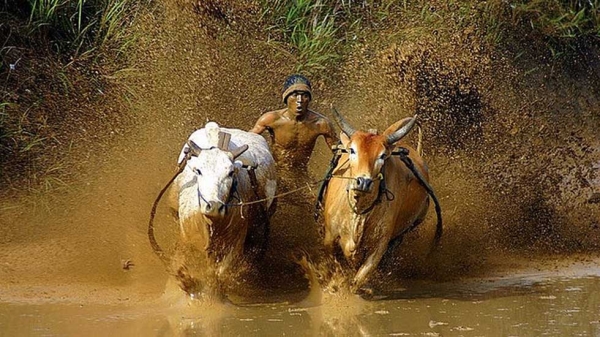 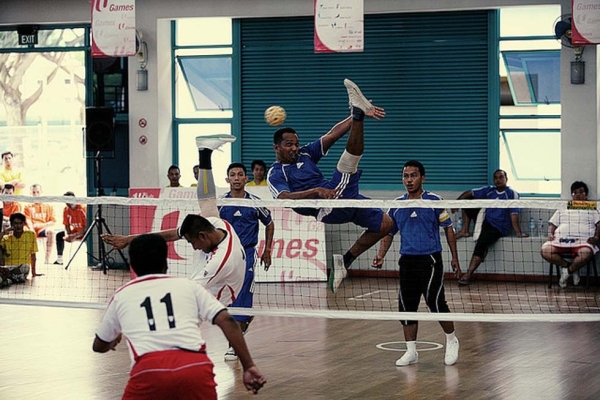 Editor's note: This post was originally published on June 27, 2012.

A total of nine sports were featured in the first modern Olympic Games in Athens in 1896. Since then, the number of disciplines has grown to the point where 28 sports will be contested in the 2016 Summer Olympics in Rio. Of course, several sports have been removed from the Olympic lineup over time, too — after the 2008 Beijing games, for instance, the International Olympic Committee voted to drop baseball and softball from the program, around the same time that it voted to add two sports, golf and rugby union, to the summer games in Rio.

But if the Olympics have room for more esoteric, even dubious events like trampolining, why shouldn't practices like Mongolia's bökh, India's mallakhamb or Malaysia's sepak takraw be given a shot at the world stage?

Herewith, as a public service, Asia Blog nominates 10 sports from Asia for the IOC's consideration.

Origin: In 1880s Japan, during the Freedom and People's Rights Movement, bo taoshi (literal translation: knocking-pole over) developed as an expression of rebellious energy aimed at toppling the Meiji oligarchy.

Two teams are split into offensive and defensive groups, and two poles are placed at two ends of a large field. The attackers and defenders then scrum for control of the pole. Victory is attained when the attacking team brings down the pole to 30 degrees (relative to the ground). Shirts optional, no shoes allowed.

Fun fact: The biggest version of the game takes place every year by the cadets at the National Defense Academy of Japan, where each team has 150 players.

Origin: Cave paintings in Mongolia that show men wrestling date back to 7000 B.C.E.

Wrestling is the most important of Mongolia's historic "three manly skills" (the other two being horsemanship and archery). Genghis Khan considered wrestling an important way to stay in good physical shape for combat. There are no weight divisions in Mongolia's sports festivals, called Naadam, so a small wrestler can be matched up with an opponent twice his weight.

Fun fact: The title for winning the Nation Naadam Wrestling in Mongolia five times is "Undefeatable Giant of Nation."

Origin: Rumored to have begun by Genghis Khan in 13th-century Mongolia, to train his men to gallop through crowded camps and grab women, livestock and loot.

Played in Central Asia, Buzkashi features men on horseback tussling over a headless goat carcass. The objective is to drop off the carcass in designated score zones. The horses are trained to bite opponents. Bloodshed and injuries often result from horses falling or biting during the game.

Fun fact: In Afghanistan, the Taliban banned Buzkashi, deeming it immoral. The game was reinstated in 2002 after the Taliban's ouster.

Think spinning tops are just for ankle-biters? Think again. Chinese tuoluo spinners use whips and ropes to get their gyroscopic effect on. Tuoluo are wooden tops of unspecified girths ranging anywhere from the size of a small dreidel to the behemoth 220lbs “peg” pictured above. Tuoluo are enjoyed by children and adults alike and the main objective is to keep the top spinning for as long as possible. Sometimes teams of people take turns whipping one tuoluo and other times spinners whir their tops at their opponents to try to knock their tops off their axes.

Origin: Dates back to prehistoric times in South Asia.

If you've played the game of holding your breath under water, this might be the sport for you. Played on a rectangular court with seven players on the ground for each side, kabaddi involves holding your breath, chanting the word kabaddi repeatedly and scoring points by entering the opponents' court and touching as many defense players as possible without exhaling. Think one against seven tag but with major lung capacity.

Fun fact: The kabaddi chant varies from place to place. In India and Pakistan it's kabaddi, in Bangladesh it's hadudu. In Nepal they call it do-do; in Sri Lanka it's guddu and in Malaysia it's chado-guddu.

Ladies, signing up for pole dancing classes at your local gym? You might want to take some pointers from this sport. In mallakhamb or pole gymnastics, a gymnast holds onto a wooden pole or vertical rope and performs acrobatic feats and poses in fluid motion.

Fun fact: The sport has been embraced by visually impaired people in India. Becase it's about feeling, balance and strength, a blind athlete can perform as well as someone with perfect eyesight.

Origin: The area around present-day Nagano, Japan, approximately 1200 years ago.

Once every six years, 200-year old Japanese fir trees are felled with specially-made axes and adzes. The logs are dragged on ropes down the hill to the four shrines of Suwa Taisha. Loggers slide down exceptionally steep slopes atop the logs, egged on by spectators, despite the potential for injury and death. At the base of the slope, these logs are stood upright as Tate Onbashira (upright pole), with some of the riders still on top.

Fun fact: Onbashira was featured in the 1998 Nagano Olympics opening ceremony and it attracted 1.78 million people, 4.5 times Nagano's then-population of about 387,900 people.

Forget jet-ski racing and try mud-ox-ski racing. Held after the rice-harvesting season, the sport, which means "ox racing" in the Minang language, features two oxen harnessed with a bamboo plow. A jockey stands on the plow, holding onto the animals' tails and urging the oxen on by biting their tails as they dash through mud fields.

Fun fact: 500-700 oxen are used for the race, and besides timing, the oxen are judged based on their ability simply to run in a straight line (they sometimes dash off into neighboring fields).

Goodness gracious, great balls of fire! Well, yes, actually — to ring in Ramadan, some Indonesians like to play sepak bola api, a game that’s rather similar to soccer. Two teams of equal size try to score by shooting the sepak bola, or soccer ball, into the opposing team’s goal. Only, the soccer ball is an old coconut that’s been dried, scored, hollowed out, soaked in kerosene for up a to a week, and of course, lit on fire. Some participants yawn at the prospect of kicking, punting, throwing and heading a flaming coconut; for them, sepak bola api is best played in bare feet.

Fun fact: Before a big match, players undergo a three-week-long ritual that is said to make them impervious to the pain of fire.

Teams of three kick a rattan ball across a net using only their feet, chests and heads. These days it’s played all over the world, especially in Southeast Asia. Given the height of the net (4 feet, 11 inches) and the restrictions of using only players' feet and heads, the number of back flips and bicycle kicks in a typical match would put David Beckham to shame.

Fun fact: The name, meaning kick ball, is taken from both Malay and Thai and is essentially a compromise between the two powerhouses of the sport, Indonesia and Thailand.