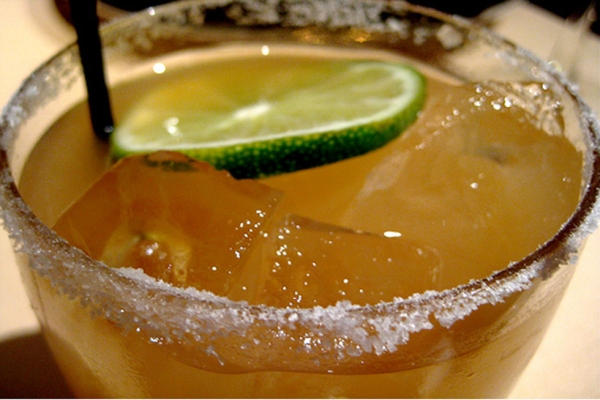 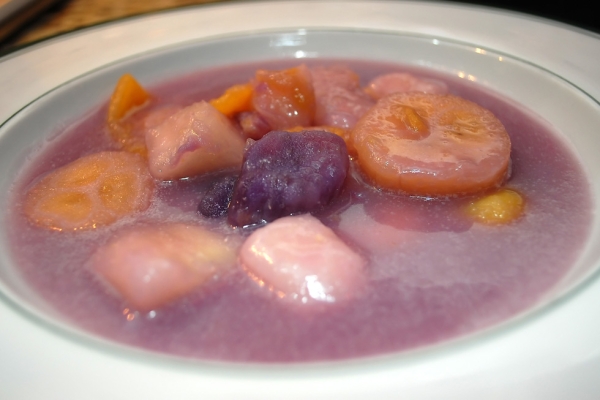 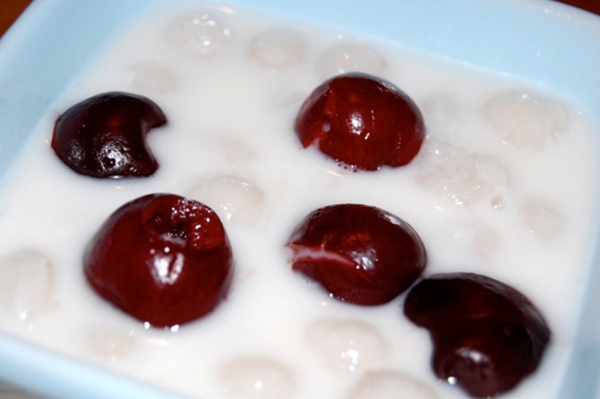 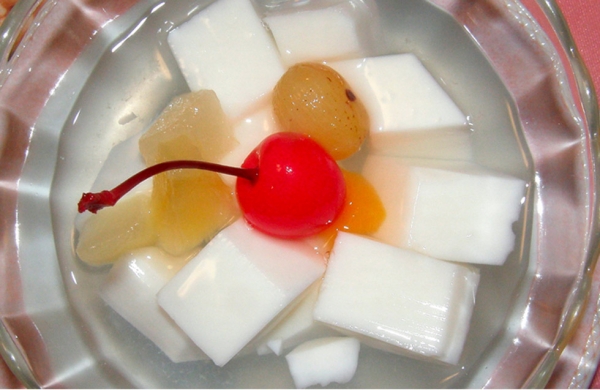 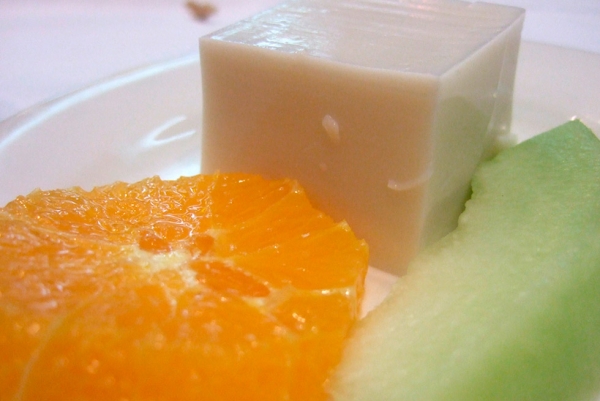 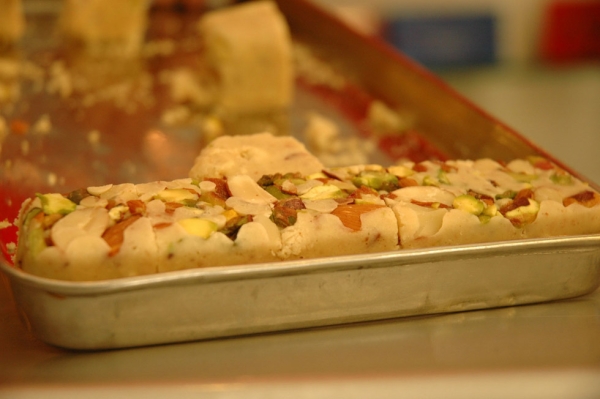 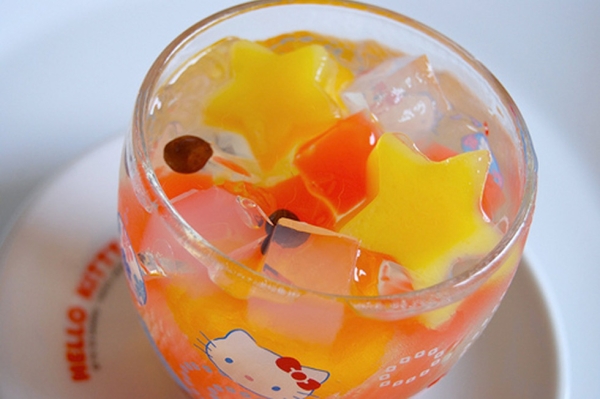 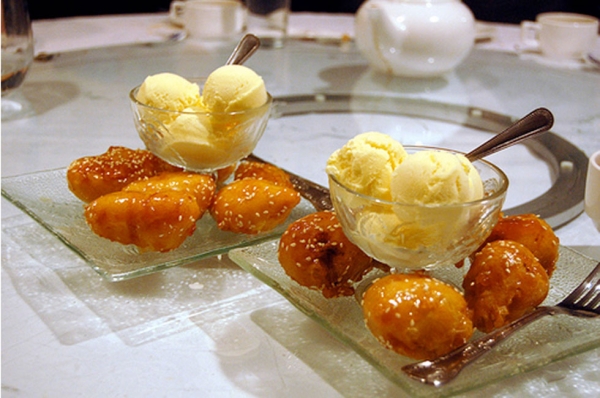 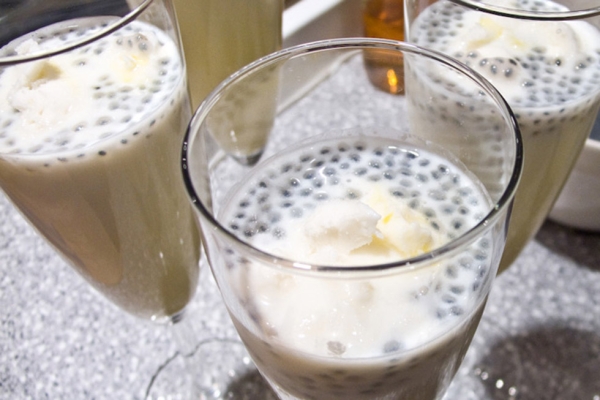 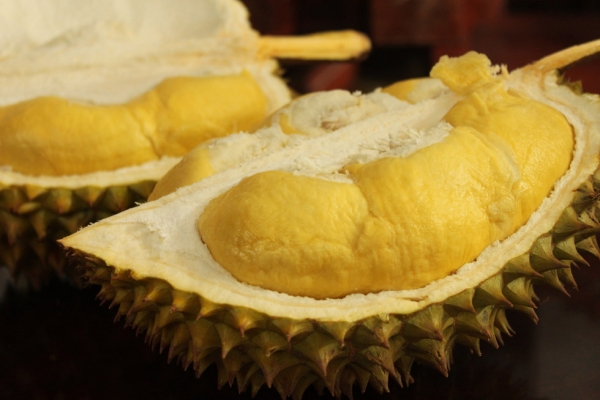 With above-average temperatures expected for several parts of the world in summer 2013, many of us will be on the lookout for new ideas for staying cool and refreshed. What better way to do that than with an amazing and authentic dessert from Asia? Pulling from AsiaSociety.org's archive of over 500 recipes, we've selected 10 sweet treats that are great for the summer and fun for the kitchen. Tell us what you're snacking on in the comments below.

1. Guinataan is a Filipino dessert that can include jackfruit meat, tapioca, bananas, yams, and taro in a creamy coconut milk sauce. A popular sweet throughout Asia, it's known as guinataan in the Philippines and bubor cha-cha in Malaysia. The ingredients change according to seasonal availability and the starch component varies from glutinous rice to tapioca to sago. Fresh coconut milk is best, but a good quality, smooth, canned coconut milk may be used.

3. Cumin and Tamarind Refresher (Zeera Pani) is a refreshing drink commonly served as an appetizer or as a digestive. This multi-use drink derives from the Indian word for "cumin water."

4. Coconut jelly has always been a crowd favorite in Myanmar, where it is called kyauk kyaw (pronounced chow chaw), Burmese for "agar-agar" or any jelly made from it. Agar-agar is a gelatinous substance that can also be used a laxative, an appetite suppressant, vegetarian gelatin substitute, and thickener for soup.

5. Pistachio Barfi is a traditional Indian sweet made from pistachio kernels sold in Indian and Middle Eastern shops. However, these pistachios aren't the typical roasted and salted pistachios in shells that might come to mind — rather, they're a softer kind that's used whenever recipes call for pistachios.

6. Awayuki is a Japanese jelly dessert that is not only fun for children, but also great for calorie counters. Any fruit-flavored juices can be used, and liqueurs can be substituted by adults for a fun addition to a cocktail.

7. Chinese toffee bananas are a great dessert for people of all ages. Who can resist their candy glaze, crunchy fritter batter, and sweet banana taste?

8. Although this dessert is called "almond" jelly, it actually uses blanched apricot kernels that go by the same name. These kernels are smaller than almonds and have a stronger flavor. Mix in your favorite fruits for a refreshing bowl of goodness.

9. Falooda is a refreshing drink that's also sold as a dessert in Mumbai and nearby cities. It calls for psyllium seed husks, which can be found in health food stores and are native to India. These husks are a source of soluble dietary fiber and recent research also indicates that they may be able to help with lowering cholesterol and managing diabetes.

10. The smell of durian is unforgettable, but those who have braved the smell or who are simply used to it name the durian as the "king of fruits." Its creamy flesh is great for making ice cream and milkshakes. A scoop of durian ice cream with mango sago and jellies is a staple at Honeymoon Dessert, a dessert chain in Asia.