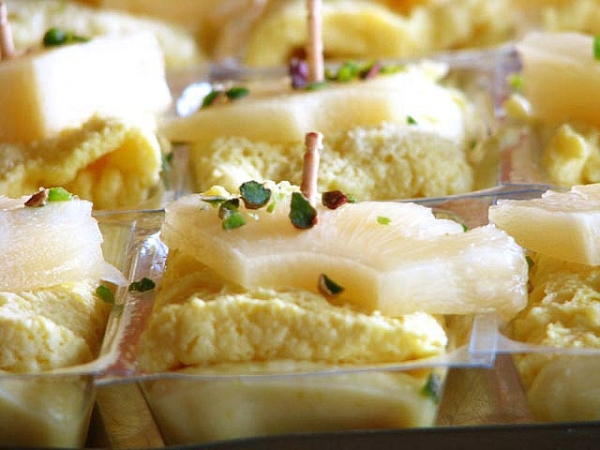 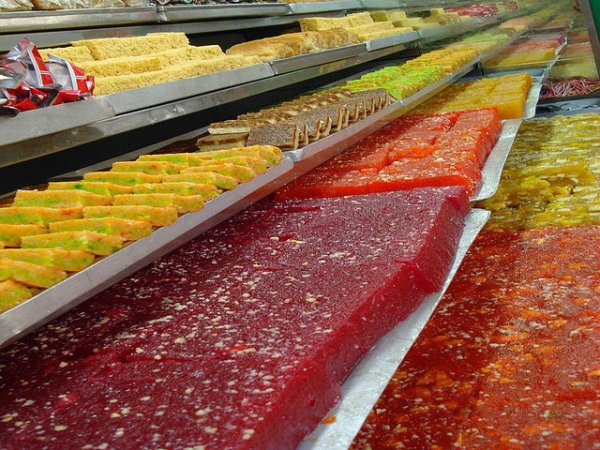 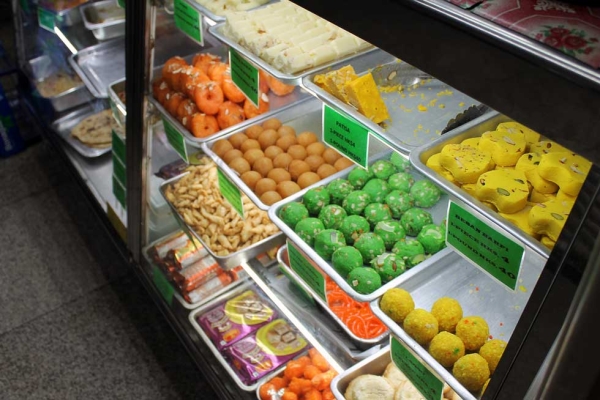 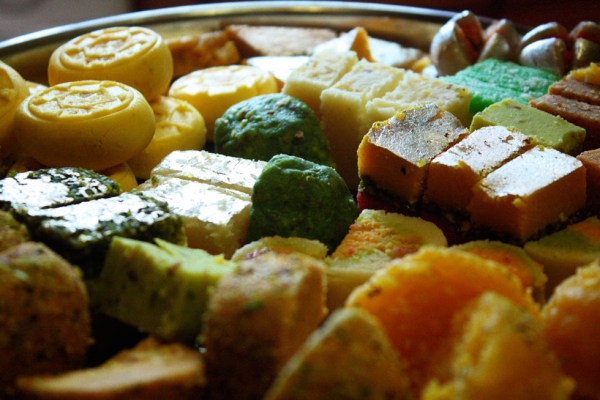 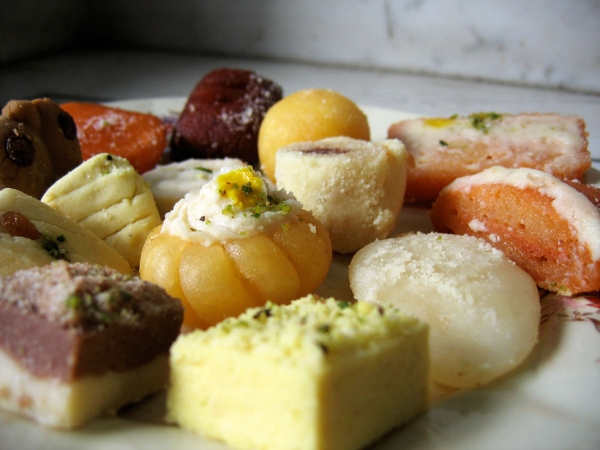 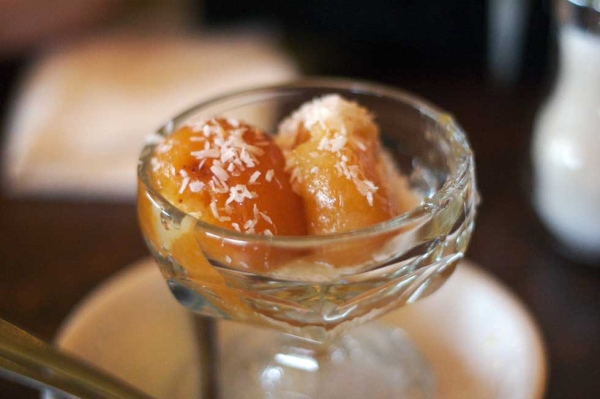 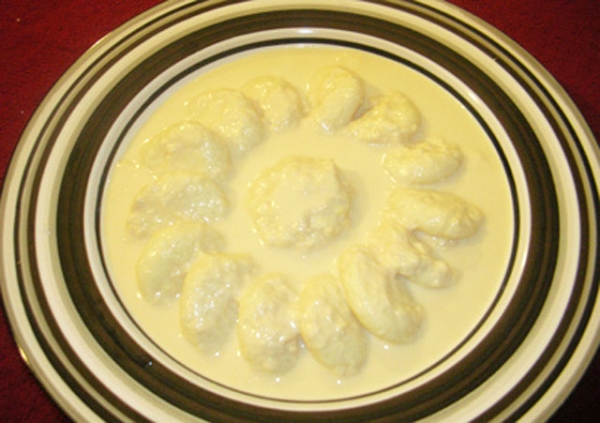 For me, as a Bengali, desserts have been an important part of my cultural heritage. Desserts and sweets in East India and Bangladesh are rather a big deal compared to the food cultures of other parts of India. Bengalis celebrate almost everything with desserts — weddings, anniversaries, graduations, successful exam results, funerals, and even just a nice dinner when a guest comes to visit. When any occasion arises to eat sweets, they leap at the chance. (That might be the reason why half the people in my family have diabetes.)

A few years ago I was elated to see a brilliant article in the one-of-a-kind cerebral food magazine Gastronomica on the sweetshops of Kolkata. Few articles captured the nuances of the complex culture of desserts in East India so well.

I found that the talented writer of the piece, Michael Krondl, a food historian, has extensively researched the history of desserts from all over the world. Krondl's books — The Taste of Conquest: The Rise and Fall of the Three Great Cities of Spice (2008) and his most recent, Sweet Invention: A History of Dessert (2011) — examine both the cultural anthropology and the historical factors involved among the famous foods we cherish.

Michael Krondl talked with Asia Blog recently in an email interview about what inspired him to explore the desserts of India.

What was the inspiration behind your culinary odyssey in exploring the desserts of Kolkata? 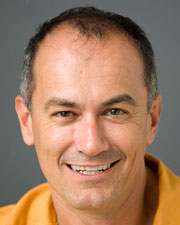 When I began to conceptualize my last book, Sweet Invention, I knew I wanted to explore dessert traditions around the world and so the challenge was which ones. Clearly I had to limit myself, so I decided to focus on a half-dozen distinct regions that are obsessed with sweet foods. Few cultures are as passionate about their sweets as those of South Asia.

It's true that Kolkata is more into desserts than most other cities in India. Why is that the case?

Initially, I wasn't quite sure where to go in India, but after asking around — my daughter goes to the United Nations International School and South Asians are well represented — almost every Indian pointed to the Bengalis as the the most sweet-obsessed group in a sweet-obsessed nation! There are probably a number of reasons for this. West Bengal is well-suited to sugar cultivation.

That said, I think the real explanation lies with the history of Kolkata, which was really the first large 19th-century city in India. It had a thriving middle class that nurtured many sweet makers who had to compete for the attention and business of their picky clientele. As in Paris and Vienna, this middle class had to keep up with the Joneses, and one way they did it was through ever newer and more opulent sweets.

In your article for Gastronomica you interviewed a few of the famous dessert "gurus" of Kolkata — men whose families have been in the sweetshop business in Kolkata for generations, going all the way back to the British Raj: Girish Chandra Dey and Nakur Chandra Nandy (you wrote that the late Ravi Shankar was a great fan of Nakur's sweets) and Dhiman Das of the large-scale chain K.C. Das.

How would you describe the workings of the sweetshop business in a bustling city like Kolkata? How competitive is it? Nandy, who sadly passed away this past January, bucked the trend by introducing various new flavors — strawberry, kiwi, blackcurrant — to his sandesh. To what degree is innovation in making sweets matched with holding on to certain time-honored traditions?

In Kolkata today there is a vast range of practices. In some cases the process (and working conditions) haven't changed in a hundred years. In other cases, the sweet makers have embraced mechanization, automation and many other modern practices. Prasanta Nandy was more artist than businessman, ever ready to come up with new flavors for the sandesh that Kolkatans love so much. Yet if you looked around the shop, you'd have a hard time knowing you were in the 21st century. Raw milk was delivered each and every day to be made into the fresh curd cheese that is the basis of these sweets. The cheese was kneaded by hand to just the right consistency on a large tray in the middle of the floor, pressed into wooden molds by hand. He may have had an irreverent approach to flavoring but his craft was based in age-old techniques.

Compare that to the practices of K.C. Das, which runs a modern corporate research lab in Bangalore. Or to Hindusthan Sweets, where the owner, R.K. Paul, has sought to mechanize the entire process. A friend reports some shops advertising that their sweets are "untouched by human hands." I'm hoping that this modernizing trend doesn't go too far. Certainly Prasanta Nandy proved that you can hold on to tradition while still moving forward.

What were some of your own favorite desserts from Kolkata?

That's always a tough one, but I think that like many non-Indians I like rossomalai, the milky variation of rossogola, better than the original. I am also very fond of kalojam, a fried, raw sugar-filled sphere that balances sweetness and bitterness in just the right proportion.

Your 2011 book Sweet Invention: A History of Dessert is an expansive look at the significance of desserts throughout history in various cultures around the world. What inspired that book? Is there one chapter, one part of the book, that you enjoyed researching and writing more than the others, and why?

The inspiration of the book was equal parts my own sweet tooth and a fascination with the cultural aspects of these kinds of foods. I find that the less necessary a food is to basic survival (and what could be more "frivolous" or unnecessary than dessert?), the more you can examine it as a purely cultural artifact.

It was undoubtedly the Indian chapter that intrigued me the most, because sweets take on such an important role in religion and ritual in the subcontinent and also, quite frankly, it was a tradition that I knew the least about so it was a thrill to learn at least a little about it. However, it was frustrating too, because I am not the best qualified to write about the subject. Ideally you would want an Indian scholar who is as adept in Sanskrit and Persian as he or she is in English, Hindi and Bengali. I really just dipped my toes into the subject. It deserves to be explored much more in-depth.