Our Picks From Around Asia: Driverless Cars, Nationalism in China, and Murakami's Obsession With Food | Asia Society Skip to main content

Our Picks From Around Asia: Driverless Cars, Nationalism in China, and Murakami's Obsession With Food 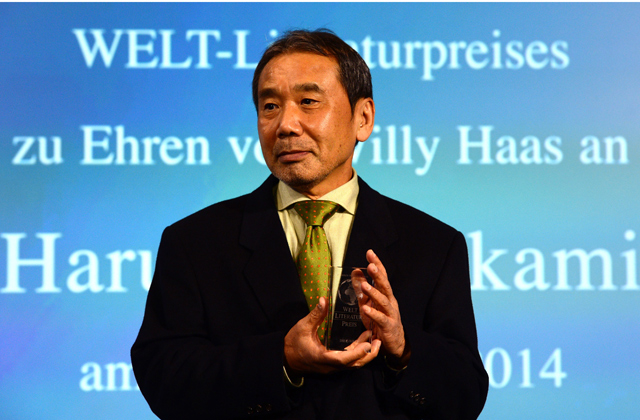 Each week, we ask members of the Asia Society family to submit their favorite pieces of Asia-related content from around the web. Today, we look at driverless cars in South Korea, a surprising study of nationalism in China, and Haruki Murakami's use of food in his stories.

With China debuting a self-driving bus and Japan laying foundations for driverless vehicles at the 2020 Olympic Games, South Korea is hoping to one-up its rivals by parading driverless technology at its own Winter Games in 2018. The nation's government, corporations, and universities are fully committing to this ambitious effort. But can the technology be developed in time? Go »

Joyous Africans Take to the Rails, With China's Help

While rebuilding infrastructure in the U.S. was one of President Trump's campaign promises, China has been quietly busy revitalizing rail systems in Africa that had all but disappeared as a rusty relic of colonial rule. The grandest project to date is the new Djibouti to Addis Ababa line, giving land-locked Ethiopia access to the sea. It is telling that that Africans interviewed in this article applauded the Chinese on their “vision.” Perhaps they're contrasting it with a certain myopia on the part of the U.S.?  Go »

Surprise Findings: China's Youth Are Getting Less Nationalistic, Not More

Matt Schrader describes a survey result finding that, in 2015, the percentage of Chinese youth who “strongly favored nationalist attitudes” dropped below 25 percent from a high of 70 percent in 2009, the year after the Beijing Olympics. This finding contradicts the widely-held assumption that nationalist sentiment in China is rising. Go »

The beloved Japanese novelist has attracted a global cult following for his stories of ordinary people who stumble into unlikely, often surreal, situations. In this delightful essay, Elaheh Nozari describes how food — even more than baseball and music — is central to the action in so many Murakami’s stories. Go »