Orville Schell's Top 5 Books on China and the West 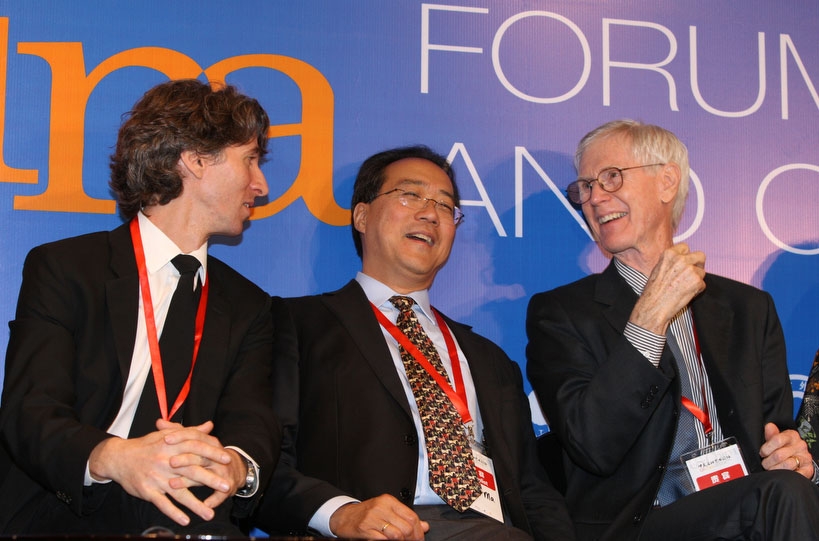 As China rises to power in a tumultuous political and economic environment, the U.S. finds itself struggling to build a relationship with its greatest rival. Perhaps the biggest challenge in this international bridge-building is the conflict between traditional Western and Eastern ways of thinking.

In order to help people understand the Chinese mindset better, Orville Schell, Arthur Ross Director of Asia Society's Center on U.S.-China Relations, recently gave an interview with The Browser in which he recommended five books on the history of the West's engagement with China.

Schell's first recommendation focuses on early Western efforts to inject Western philosophy into China, from the 17th through mid-20th centuries — among them the missionary efforts of Peter Parker, and Chinese Gordon and the Taiping Rebellion. The unifying effort of these efforts is that, as Schell remarks, they all failed to penetrate the Eastern giant. "China has always been such a fickle mistress," he observes. "It is so large, interesting and dense that it defies any kind of remedial actions to change it."

2. In Search of Wealth and Power by Benjamin Schwartz

This next recommendation is an exploration of the have and have-not relationship between China and the West. Schell describes it as the story of "a wonderful translator and philosopher at the turn of the last century, Yen Fu, who went to Britain. He had one question that he really wanted to answer: Why is the West so possessed of dynamic, Promethean energy, and why is China not?" The philosopher finds the answer to that question in the fact that the West is more open to different perspectives while China, as Schell notes, is more like a "hermetically sealed room."

3. Hermit of Peking by Hugh Trevor-Roper

To delve deeper into the conflict between Eastern and Western culture, Schell recomends the story of Sir Edmund Blackhouse, a gay man who became a lover to the Empress Dowager at the end of China's feudal era. "It’s such a wonderful story of how the East and the West merge but never meet," Schell tells The Browser.

4. Thunder Out of China by Theodore H. White and Annalee Jacoby

For a run-through of the diplomatic missteps that led to today's uneasy U.S-China relationship, Schell recommends this narrative of Chiang Kai-Shek's rise and fall. The final triumph of communist leader Mao Ze Dong, Schell notes, was a terrible blow to the West. "It was a brutal shock to have that snatched away from us after we’d put in a hundred years of missionary work, war aid, education, medical assistance, all of this stuff," he says.

Finally, Schell recommends this study of how Western influence once shaped China. Written in the 1970s, a time when the East Asian communist state was beginning to garner more interest, this book is a updated reflection of how China has bent to Western standards.

Click here to read the full interview, where Schell offers his thoughts on the sense of victimhood in Chinese culture, the contradictions of modern China, and the future of U.S.-China relations.