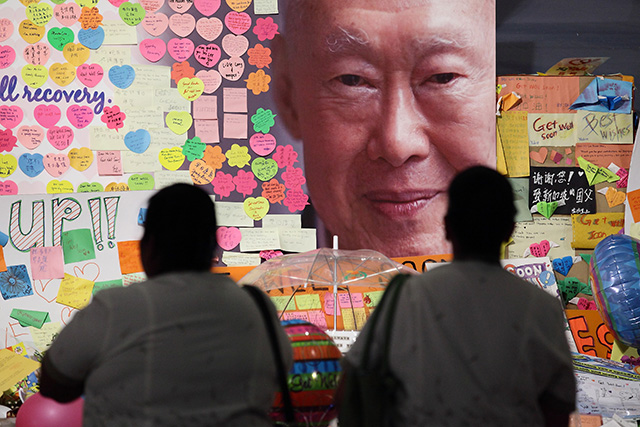 In the March 27 Wall Street Journal, Arthur Ross Director of Asia Society's Center on U.S.-China Relations Orville Schell reflects on the life and influence of Singapore Prime Minister Lee Kuan Yew. Schell recalled visiting Singapore as a 22-year-old student in 1962 when it was still a backward British colony with per-capita income under $500. By the time of Lee’s passing last week at age 91, Singapore had become a well-ordered cityscape with a thriving middle-class and per-capita income of over $55,000.

Schell explained how Lee rose from Chinese roots amid a “diaspora of simple, poor emigrants” to forge the future of a country that was divided ethnically and linguistically. He would eventually settle on a hybrid political model incorporating Confucian virtues that curtailed some freedoms in order to ensure the advancement of others. “In his view, economic success and social order fully justified whatever state controls were necessary, even if a leader sometimes had to act in an arbitrary, even dictatorial, manner,” Schell writes.

Schell goes on to describe how Lee both influenced and was influenced by China, yet never let that relationship eclipse his respect for the U.S. and rule of law. “Though his country was minuscule, Lee was a larger-than-life figure with a grandness of vision,” Schell continues. “He saw ‘Asian values’ as a source of legitimacy for the idea that authoritarian leadership, constrained by certain Western legal and administrative checks, offered an effective ‘Asian’ alternative to the messiness of liberal democracy.”